Supporters of President Trump already have started lining up outside Orlando’s Amway Center for the president’s official re-election campaign kickoff rally – more than 40 hours before the event is scheduled to start.

In a scene befitting a "Star Wars" premiere or new iPhone launch, Orlando-area media were reporting that the first Trump supporters began camping outside the arena as early as 2:30 a.m. Monday for Trump’s rally slated to start at 8 p.m. on Tuesday.

"There's going to be a bunch of people, and it's going to be pretty intense," Gary Beck, who was the first person in line on Monday morning, told local media. "The electricity is going to be high. It's time for America to get back on its feet and be made better than it's ever been before."

“Big Rally tomorrow night in Orlando, Florida, looks to be setting records,” Trump tweeted. “Our Country is doing great, far beyond what the haters & losers thought possible - and it will only get better!” 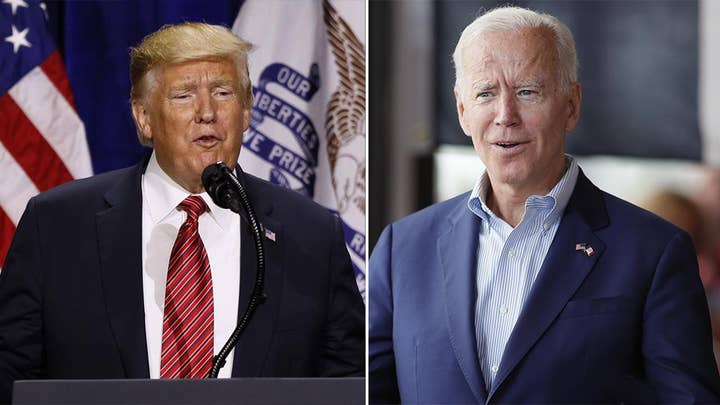 And the Trump campaign on Monday afternoon highlighted the reports of early birds lining up for the rally.

"I’ve seen it first-hand. These amazing supporters truly do camp out from Orlando, FL to 40-degree Green Bay, WI," Press Secretary Kayleigh McEnany tweeted, in response to an apparent supporter saying they flew from Boston to Orlando for the event and already are seeing an "amazing" number of people "lined up" with tents.

This is Trump’s first visit to Orlando since 2016 when he came to the city as part of his “Thank You Tour” following his election. He last visited the broader Orlando area last October to speak at the International Association of Chiefs of Police at the Orange County Convention Center.

Florida played a key role in helping Trump win the White House in 2016 and the Sunshine State was one of the few bright spots for Republicans in the 2018 midterm elections. The GOP is hoping to carry the state once again in 2020.