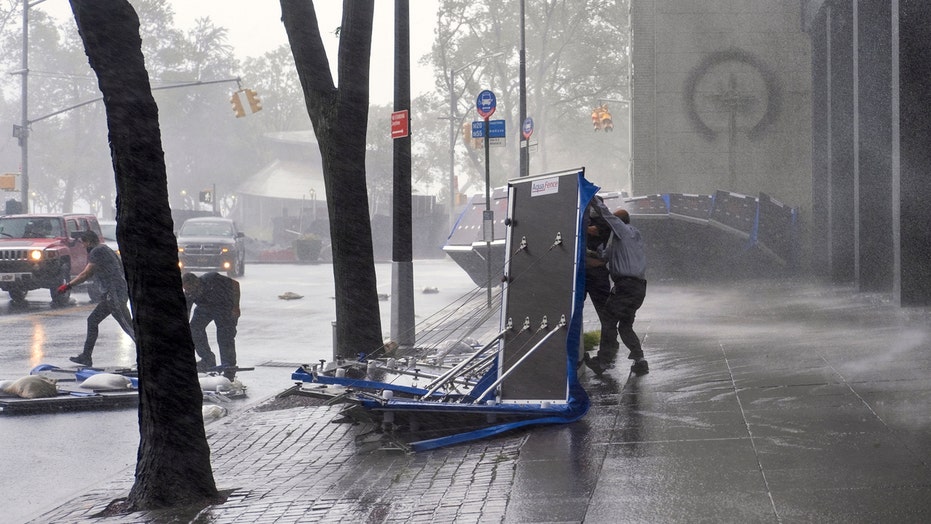 "One of the most damaging storms the Northeast has ever experienced," Fox News Senior Meteorologist Janice Dean said on "Fox & Friends First."

New York City's power utility said Tuesday night it saw more outages from Isaias than from any storm except Superstorm Sandy in 2012.

The New York Fire Department said it responded to "numerous calls", including rescuing two people from a disabled boat in "zero visibility" in Queens. A video posted to Instagram shows a rescue boat being tossed in stormwaters.

In Lower Manhattan, barriers meant to block floodwaters were turned into projectiles as the storm's high winds battered the nation's largest city.

People try to secure barriers meant to block flood waters that were picked up by the wind at a building at Water and State Streets in lower Manhattan Tuesday, Aug 4, 2020, as winds from Tropical Storm Isaias piked them up and tossed them about. (AP Photo/Craig Ruttle)

Isaias picked them up and tossed them about as the storm moved past, producing strong winds that at times caused damage.

A person lays on a crosswalk after being knocked to the street by wind in lower Manhattan Tuesday, Aug. 4, 2020, as Tropical Storm Isaias produced strong winds as the storm moved past, at times causing damage. (AP Photo/Craig Ruttle)

One person was injured while trying to secure the barriers that ended up strewn on sidewalks and nearby cars, according to a photographer from the Associated Press who was at the scene.

A person who was injured while trying to secure barriers meant to block flood waters at a building at Water and State Streets in lower Manhattan is transported after being injured Tuesday, Aug. 4, 2020, in New York. (AP Photo/Craig Ruttle)

The Aquafence barriers were the same as the ones placed along the waterfront in Brooklyn to protect from storm surge flooding.

People try to secure barriers meant to block flood waters that were picked up by the wind at a building at Water and State Streets in lower Manhattan Tuesday, Aug 4, 2020. (AP Photo/Craig Ruttle)

Other temporary inflatable flood barriers were installed in New York City to protect against the storm as it approached. They stayed on the ground as opposed to the other ones that got blown over.

One of the large barriers crashed into the back of a car near the subway stop, shattering the vehicle’s rear window, the New York Post reported.

While the barriers that were blown away did not cause major damage, people still headed out into the streets to try to secure them.

Elsewhere in the city a massive tree fell and crushed a van in the Briarwood section of Queens, killing Mario Siles, a 60-year-old construction contractor who was inside the vehicle, police said. He was among the six people killed in the storm.

The fierce wind and rain from the storm forced the Staten Island ferry and outdoor subway lines to shut down. 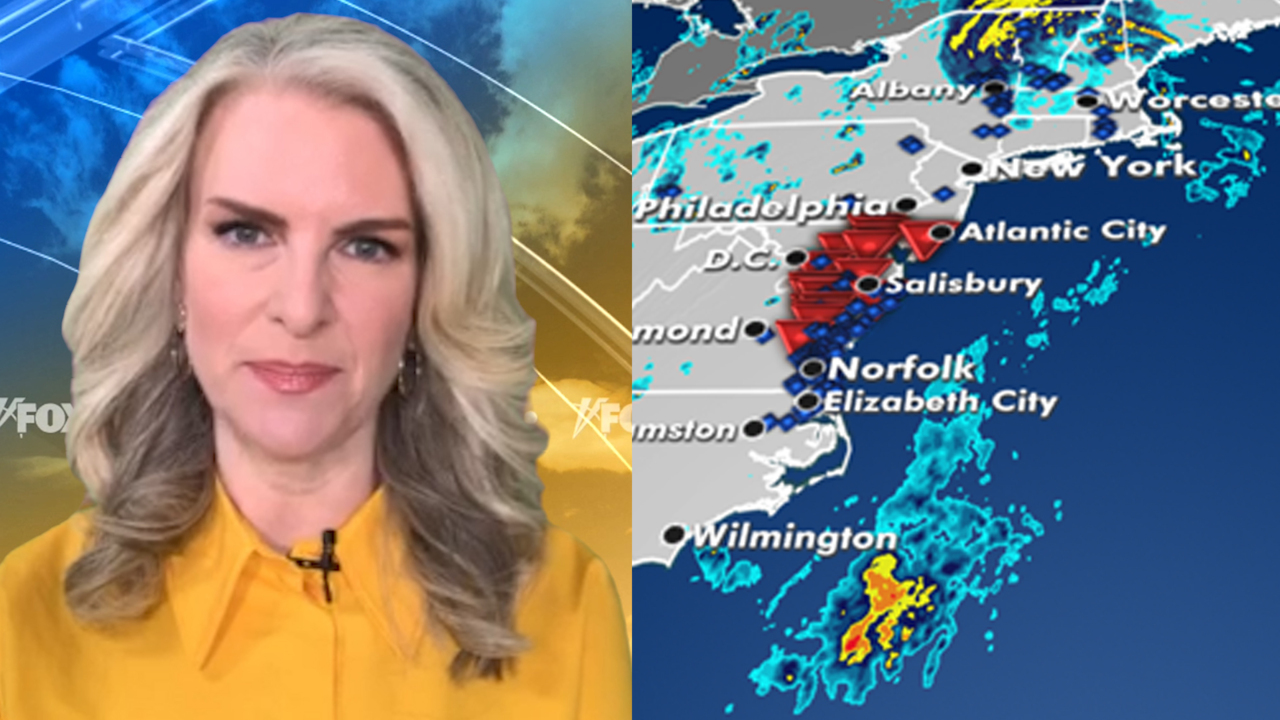 Roadways, including the Verrazzano-Narrows Bridge linking Staten Island and Brooklyn, were also closed for several hours.