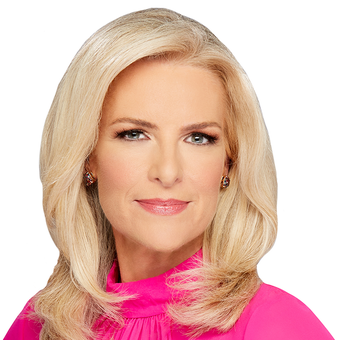 Throughout her tenure with the network, Dean has covered a number of devastating storms including: Hurricanes Harvey, Irma, Sandy, Irene, Igor, Earl and Katrina. Most recently, Dean contributed to FNC’s coverage of the Hurricane Ida in 2021.

In addition to her role at FNC, Dean is an accomplished author, penning the successful children’s series tailored towards teaching the weather, "Freddy the Frogcaster." Notably, she donated all of the earnings from her most recent "Freddy" title to Team Rubicon, an organization dedicated to providing disaster relief to those affected by natural disasters. In 2019, she released her memoir, "Mostly Sunny: How I Learned to Keep Smiling Through the Rainiest Days" and in 2021, published "Make Your Own Sunshine: Inspiring Stories of People Who Find Light in Dark Times."

Prior to joining the network, Dean served as the news editor and entertainment reporter for Imus in the Morning, which aired on WFAN-AM New York and was also simulcast nationally on MSNBC. Before her time at the radio station, Dean was a weekend on-air traffic reporter for CBS 2 New York and from 1998-2001, she hosted various radio programs in Houston, Texas including: Metro Networks, KODA-FM, KKBQ-FM and KLDE-FM. She also served as an on-camera weather host at CBOT Television in 1997.

Dean began her career in Ottawa, Canada at CHEZ-FM where she was a morning show co-host, reporter and DJ. She went on to hold numerous positions at CHUM Limited, also in Ottawa, Canada, including: morning news anchor for Breakfast at the New RO, producer and host of The Broad Perspective on CFRA and an anchor for KOOL-FM.

Dean received an honors diploma from Algonquin College in Radio & Television Broadcasting. She is a member of the American Meteorological Society and was awarded the AMS Seal of Approval in 2009. 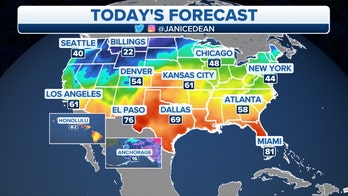 Weather in the West will remain active throughout the weekend, with several rounds of rainfall and mountain snow complicating travel across some impacted areas. 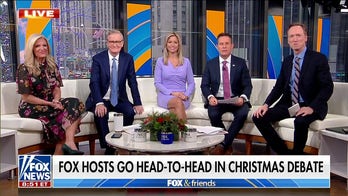 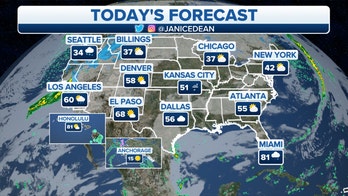 As calmer weather settles into the southern and eastern U.S., the West will see multiple hazards due to the impacts of widespread rainfall and mountain snow. 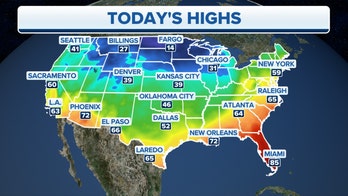 A severe storm that brought more than two dozen reports of tornadoes is forecast to shift over the Gulf Coast and Southeast, bringing hail and heavy rainfall. 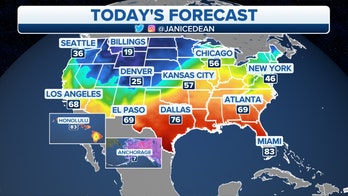 Severe weather will impact the Mississippi and Tennesee River valleys on Tuesday and into Wednesday, bringing the threat of tornadoes and flooding rainfall. 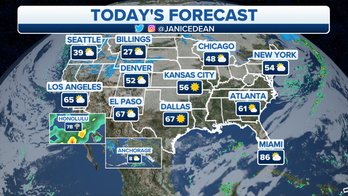 The West will get hit with heavy snow, rain and ice this week before the storm heads to the Midwest, while other parts of the U.S. are facing a thunderstorm risk. 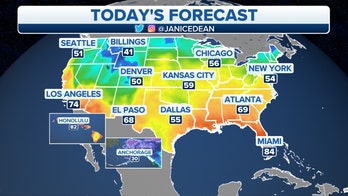 An active weather pattern is expected for much of the U.S. this Thanksgiving weekend, including a storm that will delay travelers from the Plains to the Northeast. 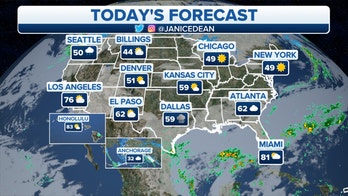 The national weather forecast is quiet on Tuesday ahead of an oncoming storm that will bring possible travel delays for the South and Lower Mississippi Valley. 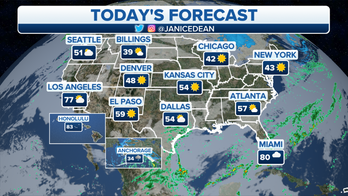 Temperatures are expected to remain cold for most of the U.S. on Monday as the next big storm system approaches, which could bring travel disruptions for millions. 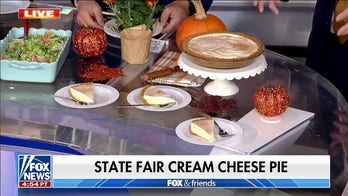 'Fox & Friends' co-host Steve Doocy brings out his recently-published 'Simply Happy' cookbook to share some Thanksgiving recipes for the entire family to enjoy.