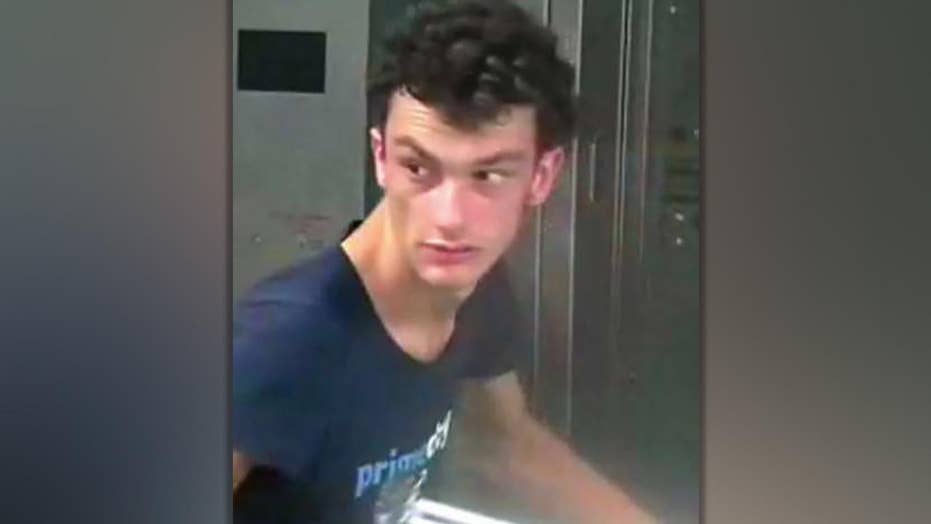 NYPD ask for the public's help identifying a man seen in surveillance video placing rice cookers in a Manhattan subway station; investigators later determined the objects were not explosives.

Police in New York City have apprehended the man they say caused a mass evacuation during Friday morning’s commute after he allegedly left several pressure cookers throughout a busy Manhattan subway.

NYPD Chief of Detectives Dermot F. Shea shared a tweet Saturday morning of a man caught on surveillance the previous day removing two rice cookers from a shopping cart and placing them inside the Fulton Street subway station in lower Manhattan.

Officials did not identify the individual but confirmed that he had been “located” and that the investigation was on going.

Police swarmed the area at around 7 a.m. Friday after one pressure cooker was located on the mezzanine and another on the platform of a subway station just a few blocks away from the World Trade Center.

Multiple subway lines were partially suspended during the investigation at Fulton Street, and delays continued throughout the morning before police eventually determined that the objects were not explosives.

Authorities did not say what the nature of the man’s intentions were, with one official stopping just short of calling him a “suspect.”

This photo provided by NYPD shows a suspicious object which looks like a pressure cooker or electric crockpot on the floor of the New York City Subway platform on Friday, Aug. 16, 2019 in New York. (AP)

"It is possible that somebody put out a bunch of items in the trash today and this guy picked them up and then discarded them, or it's possible that this was an intentional act,” the NYPD’s top counterterror official John Miller said.

New York Gov. Andrew Cuomo said earlier, however, that the items were placed in the subway “to suggest that they were electronic devices and possible bombs.”

Pressure cookers have recently become the device of choice for several domestic terror plots over the last several years.

Pressure cookers packed with explosives killed three people and injured hundreds when a pair of Islamic extremists detonated them during the Boston Marathon in 2013. 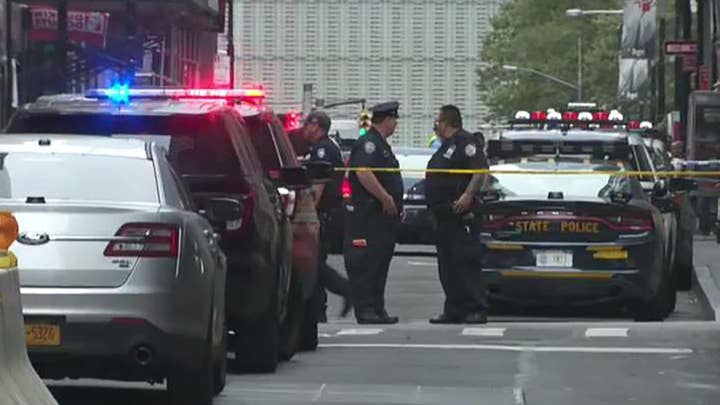 In September 2016, a pressure-cooker bomb went off in Manhattan's Chelsea neighborhood, injuring 30 people.

In 2017, a would-be suicide attacker set off a homemade pipe bomb in an underground passageway at the Times Square subway station during rush hour, seriously injuring himself.

Although the name of the man in question has not been confirmed by police, he was identified as 26-year-old Larry Kenton Griffin of West Virginia by his brother in an interview with the Daily Mail. Griffin’s brother claimed he is “bipolar” and that the incident Friday was a “cry for help.”