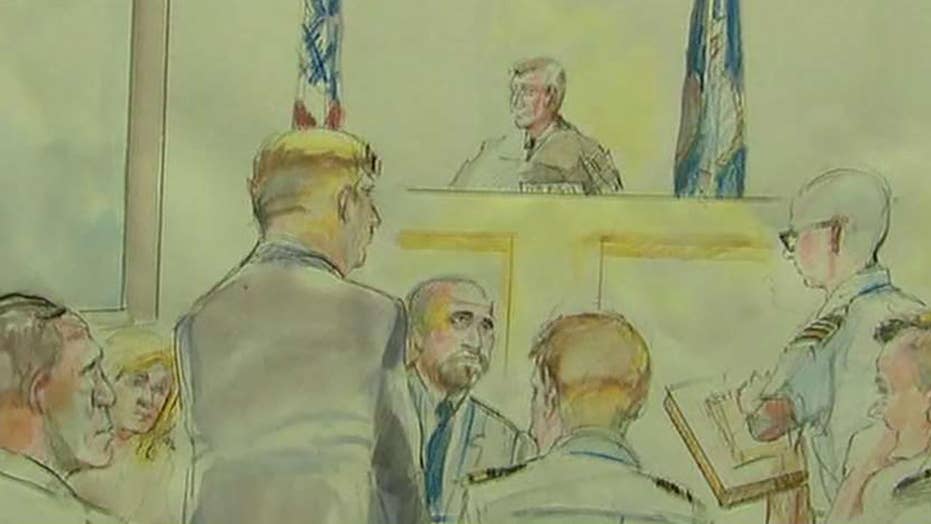 The Navy has dismissed charges against Navy SEAL Edward Gallagher’s platoon leader and ordered a review of its justice system.

Lt. Jacob Portier was charged with covering up war crimes in connection with the Gallagher prosecution and faced trial in September.

“Chief of Naval Operations Adm. John Richardson today dismissed all charges in the case of Lt. Jacob Portier,” a Navy statement said Thursday, according to the San Diego News-Tribune. “Richardson took this action in the best interest of justice and the Navy.”

“Recent events indicate a need to review the leadership and performance of the (JAG) Corps,” Richardson said in a memo, according to the paper.

A jury cleared Gallagher of murder and attempted murder in the death of an ISIS militant in his custody. The decorated SEAL was accused of stabbing the terrorist to death after treating his wounds.

Portier was accused of holding Gallagher’s re-enlistment ceremony next to the teen’s corpse.

Jeremiah J. Sullivan III said Portier was relieved to get the news and is still “proud to wear the uniform” and would happily return to combat.

Gallagher was convicted of a single charge of posing for photos with the 17-year-old militant’s corpse. He was sentenced to the maximum penalty of four months but will serve no jail time because he was confined longer while awaiting trial.

Richardson intervened a day after President Trump ordered the secretary of the Navy on Wednesday to strip prosecutors of medals they were awarded for their handling of the case despite the fact Gallagher was acquitted on the most serious charges.

The admiral also blocked prosecutors from taking any action against Special Warfare Operator 1st Class Corey Scott who stunned the court when he said he killed the teenage ISIS militant, not Gallagher. The testimony contradicted other SEALS who pointed the finger at Gallagher.

Scott was reportedly being investigated for perjury.