A man who runs a little-known, low-budget radio station in suburban Kansas City says he is standing up for free speech and alternative viewpoints when he airs Russian state-sponsored programming in the midst of the Ukrainian war.

Radio Sputnik, funded by the Russian government, pays broadcast companies in the U.S. to air its programs. Only two do so: One is Peter Schartel’s company in Liberty, Missouri, and one is in Washington, D.C.

Schartel started airing the Russian programming in January 2020, but criticism intensified after Russia invaded Ukraine in February. Schartel said people accuse him and his wife of being traitors to the U.S. and occasionally issue threats. Some critics say he is promoting propaganda and misinformation, but Schartel maintains most people who call to complain haven’t listened to the program.

"Some will talk to me, but others will still call me a piece of whatever," he said. "What I am thankful for is we are still living in a country where they can call me up. Even if they aren’t thinking about free speech they’re exercising that right."

Radio Sputnik is produced by the U.S.-based branch of Rossiya Segodnya, a media group operated by the Russian government.

Its content prompted the National Association of Broadcasters to issue an unusual statement on March 1 calling on broadcasters to stop carrying state-sponsored programming with ties to Russia or its agents.

The statement from NAB President and CEO Curtis LeGeyt said the organization is a "fierce defender" of free speech but given Russia’s unprovoked attack on Ukraine, "we believe that our nation must stand fully united against misinformation and for freedom and democracy across the globe."

During one recent broadcast of "The Critical Hour" that aired on Schartel’s KCXL, the hosts and their guests echoed false and unsupported claims about Ukraine’s government. They repeated Russian state media lies about the Russian military’s attacks on civilian targets and its destruction of entire neighborhoods, as well as Russian President Vladimir Putin’s baseless claim that his enemies in Ukraine are Nazis.

The Kansas City Star said in an editorial that Schartel is putting his financial needs above ethics by spreading Russian propaganda.

REPORTING FROM UKRAINE: BEHIND THE SCENES IN THE WAR ZONE

"Much like the National Association of Broadcasters, we advise KCXL to drop all programming that paints Putin in a positive light. The Russian president is no victim; he is for sure no war hero," The Star wrote.

Schartel acknowledged that he initially accepted the Radio Sputnik contract because he was struggling to keep KCXL afloat. The station operates out of a dilapidated, cluttered building. He said he stopped taking a salary months ago, though he does nearly all the work. 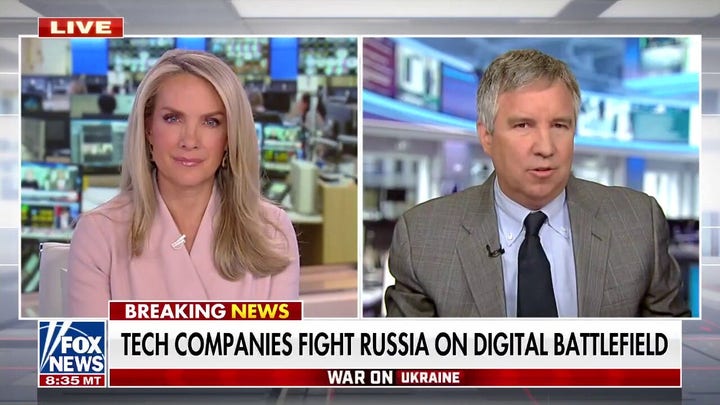 KCXL’s other programming includes shows that are heavily religious, offer opinions across the political spectrum and promote conspiracy theories. One program, TruNews, has been criticized by the Anti-Defamation League for spreading antisemitic, Islamaphobic and anti-LGBTQ messages.

Schartel said he airs programs that are not commercially viable and don’t depend on advertising, which he contends influences news reporting. He said he is promoting free speech by providing a platform for people who otherwise aren’t heard.

Roy Gutterman, director of the Tully Center for Free Speech at Syracuse University, said all radio station owners in the U.S. have a right to air whatever content they want.

"If this station thinks it’s going to make a mark in Missouri by playing Radio Sputnik, they have the right to do so," Gutterman said.

The Federal Communications Commission, which regulates licensing of radio and television broadcasts, does not censor content unless it intentionally endangers public safety or is found to be obscene, indecent or profane.

The small radio company KCXL in Liberty, Mo., is shown on March 17, 2022. The suburban Kansas City radio station, owned by Peter Schartel, is facing criticism for airing Russian state-sponsored programming in the midst of the Ukrainian war.  ( AP Photo/Margaret Stafford)

The deal that brought Radio Sputnik to the small Missouri station was brokered by RM Broadcasting, based in Florida, which is run by Anthony Ferolito. He signed a similar deal in 2017 with Way Broadcasting, which agreed to lease WZHF-AM’s airtime in Washington, D.C., to RM Broadcasting.

Because of his contracts with Rossiya Segodnya, the Justice Department required Ferolito to register as a foreign government agent in 2018, citing a 1938 law for people lobbying for or acting on behalf of a foreign government. Ferolito lost a lawsuit over the registration.

Ferolito did not return messages from The Associated Press, but RM Broadcasting said in a statement that the company stands with Ukraine and all victims of oppression and aggression. It said RM Broadcasting is dedicated to freedom of speech.

"The public is explicitly notified throughout the broadcast day of the source of the material, so that people can make an informed decision on whether to listen or turn the dial — and that freedom of choice is the ultimate underpinning of our republic," the statement said.

Gutterman, of Syracuse University, noted that state-produced content from countries not friendly with the U.S., including Russia and China, is already available on some cable stations and online, although some providers have dropped Russian content since the war began.

"Modern media has changed the radio landscape we grew up with," he said. "Even if stations drop it, people can find this content." 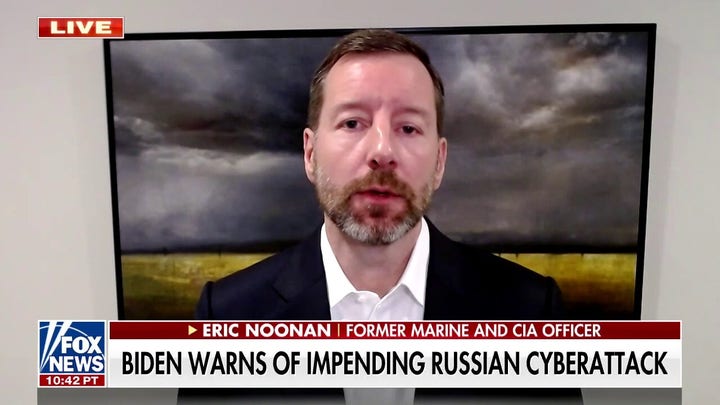 For his part, Schartel doesn’t think the uproar over the Radio Sputnik broadcasts will last.

Russian state-controlled RT America, the television counterpart to Radio Sputnik, closed its U.S. branch this month and laid off most of its staff. Schartel said that likely means his contract won’t be renewed when it ends in December.