A 4-year-old boy was killed and four others were wounded when a gunman barged into an Ohio home early Monday and opened fire, authorities said.

The boy, identified as Rowan Sweeney, died in his mother's arms, Struthers Police Chief Tim Roddy said at a news conference. The shooting occurred at 2 a.m. in a two-story home located near the Ohio-Pennsylvania border.

"This wasn't a random act of violence," he said.

Speaking with reporters, the child's father, David Sweeney, begged the shooter to turn themself in.

"Just be a man," an emotional Sweeney said while holding a photo of his son. "You took my son from me. He was my baby boy. You took him because you're sick."

Authorities believe an intruder entered the home through the front door and opened fire in the living room. He fled on foot immediately after. 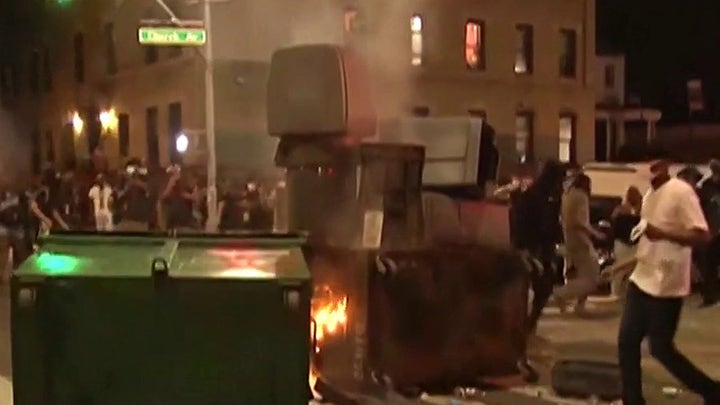 The other victims were identified as Andre Stephon McCoy, 20, Yarnell Green Jr., 30 both of Youngstown, Cassandra Marsicola, 20, of Campbell and 22-year-old Alexis Schneider, the child's mother.

One man was shot twice in the back of the head and the other was hit twice in the back, Roddy said. The women sustained wounds to the legs. Roddy described the two women as friends and that they were cooperating with investigators.

He was not sure of the relationship they had with the two men. All four remain hospitalized. The two men were listed in critical condition and the females were listed as stable, Roddy said.

He said investigators have gone through the victim's cell phones and have turned up potential leads.

"Some of the ones that we went through have provided links to people that we need to talk too," he said.

No arrests have been made. On a 911 audio recording, a woman is heard screaming and pleading for help.

"My son is dead," she is heard saying, WFMJ-TV reported.

Neighbors reported hearing five to eight gunshots but did not see the suspect. Authorities responded to the home last week for a drug overdose involving one of the victims, Roddy told reporters.