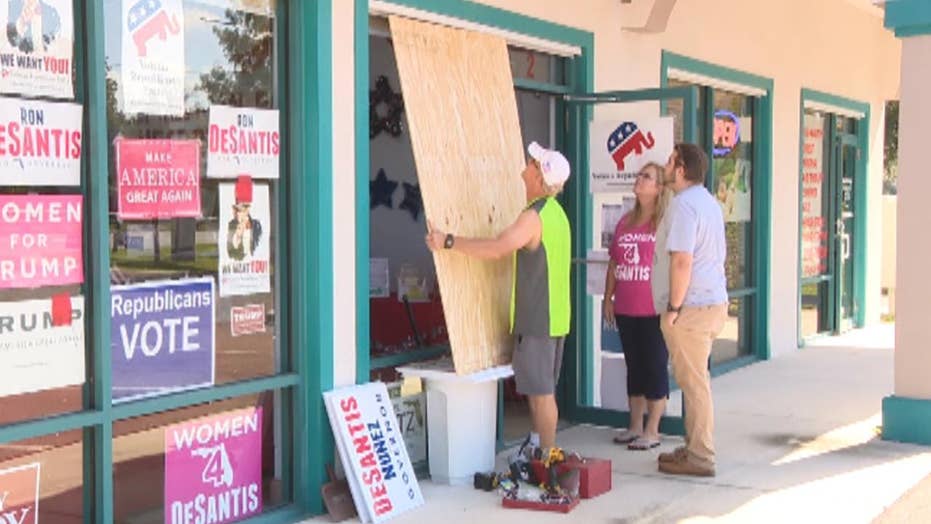 Police are investigating after a Republican headquarters in Volusia County, Florida, was riddled with bullets this past weekend, party leaders said.

Ledbetter said "everything was OK" when volunteers left the building at about 4 p.m. Sunday, but when they returned at 9:30 a.m. Monday, at least one window was broken.

The chairman said he believes it was "more than likely a drive-by shooting." The Daytona Police Department did not immediately respond to Fox News' requests for comment on the incident Monday afternoon.

Democratic State Rep. Patrick Henry, who oversees Volusia County, said in a statement he's "disheartened and angry" about the shooting, noting  "your party affiliation should never make you a target of gun violence."

"As a nation, there is absolutely no place for violence in our political discourse," Henry wrote in a statement, which was posted to Facebook Monday. "I am thankful no one was hurt."

Republican Party of Florida Chairman Blaise Ingoglia echoed Henry's response, saying in a statement Monday afternoon the party "stand[s] against any type of violence against any volunteer, Republican or Democrat."

STEVE HILTON: TRUMP AND HIS SUPPORTERS ARE BEING BLAMED FOR A CLIMATE OF RAGE AND HATE - BUT HERE'S THE TRUTH

"It’s unbelievable to me that we have reached a low in political discourse where volunteers for campaigns now have to fear for their safety," he said. "People should have the right to exercise their right of free speech without fear of retaliation."

The gunfire comes just days after Cesar Sayoc, 56, was arrested in Florida for allegedly mailing pipe bombs to a range of high-profile Democrats and critics of President Trump. Prosecutors charged him with five federal crimes Friday. He made his first federal court appearance Monday in Miami.