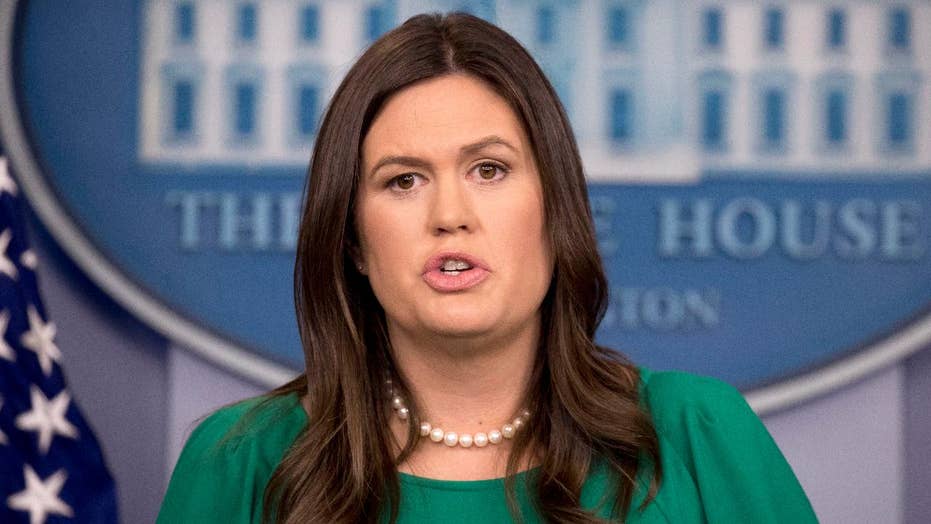 White House Press Secretary Sarah Sanders announced plans for President Trump and first lady Melania Trump to visit Pittsburgh on Tuesday after the weekend synagogue massacre that left 11 people dead, while pushing back on what she called the “outrageous” notion the president deserves blame due to his tone.

“Tomorrow the president and first lady will travel to Pennsylvania to express the support of the American people and grieve with the Pittsburgh community,” Sanders said during Monday’s press briefing.

Sanders did not specifically detail where Trump will visit or with whom he will meet.

In heated exchanges with reporters, Sanders then pushed back on the argument the president’s rhetoric could have influenced the synagogue shooter, as well as the person who sent numerous pipe bombs in the mail to prominent Democratic figures. She called the suggestion “outrageous.”

Sanders was also asked about comments from Jewish leaders in the Pittsburgh area who have said the president should not visit the city unless and until he denounces white nationalists.

“The president has denounced racism, hatred and bigotry in all forms on a number of occasions,” Sanders replied. “We'll continue to do that. I'm doing it here today.” 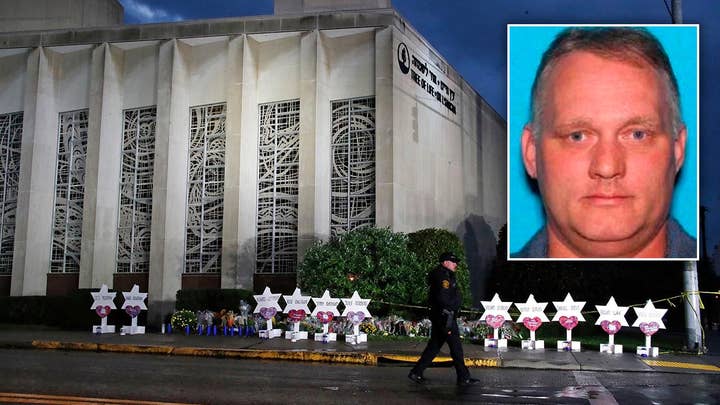 She said the synagogue’s rabbi has said the president is welcome to visit Pittsburgh in the aftermath of the attack.

“The president wants to be there to show the support of this administration for the Jewish community,” she said. “The rabbi said that he is welcome as well. Certainly, we want to show our support.”

Sanders mentioned how Trump’s daughter, Ivanka Trump, and son-in-law, Jared Kushner, and their children are Jewish.

“The president cherishes the American-Jewish community for everything it stands for and contributes to our country,” Sanders said. “He adores Jewish-Americans as part of his own family. The president is the grandfather of several Jewish grandchildren. His daughter is a Jewish-American and his son-in-law is a descendant of Holocaust survivors.”

The trip announcement came as Robert Gregory Bowers, who is accused of killing eight men and three women inside the Tree of Life Synagogue in the Pittsburgh-area, appeared in federal court on Monday.

Bowers was charged with 29 federal counts that include obstructing the free exercise of religious belief resulting in death – a federal hate crime – and using a firearm to commit murder. Federal prosecutors confirmed they intend to pursue the death penalty.

Authorities are working to piece together Bowers’ background and movements before he allegedly entered the synagogue about 10 miles from downtown Pittsburgh on Saturday morning.

According to the criminal complaint, Bowers targeted three separate congregations, all of which were conducting Shabbat services in the Squirrel Hill area synagogue, about 10 minutes from downtown Pittsburgh and the hub of the city’s Jewish community.

Bowers shot his victims with an AR-15 and three Glock handguns, all of which he owned legally and had a license to carry, the Associated Press reported. He was stopped after exchanging gunfire with police.

Authorities said Bowers expressed hatred of Jews during the deadly rampage and later told a police officer that “they’re committing genocide to my people. I just want to kill Jews.”