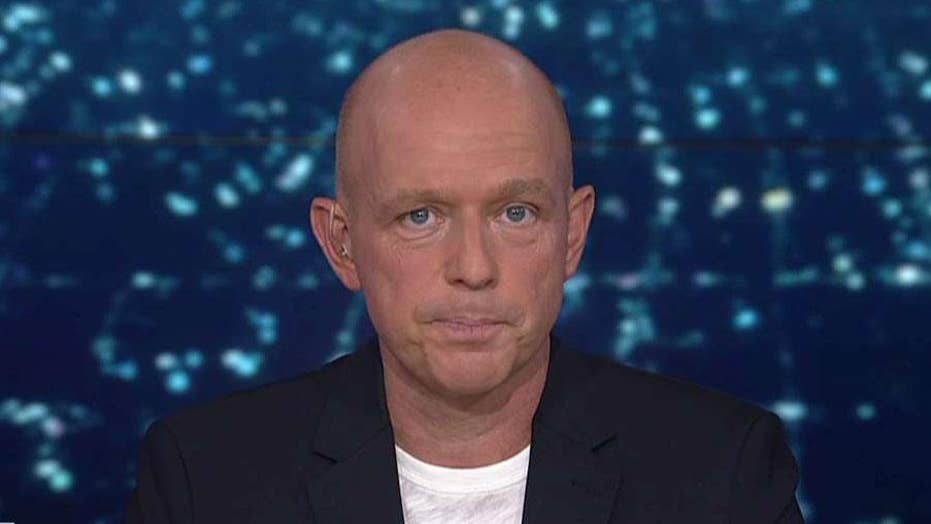 Hilton: My plea to the liberal 'Never Trump' elite

Predictably, the establishment is blaming President Trump and his supporters for a climate of rage and hate.

But let's be honest, a lot of Americans have had a lot to be angry about for an awful long time

I'm thinking in particular of African-Americans whose long struggle for freedom may have been won decades ago but whose struggle for genuine equality and opportunity and dignity and fairness is a long way from over. A very long way.

I'm also thinking of working Americans, especially those outside the booming centers of the modern knowledge economy, whose economic security has collapsed, whose economic opportunities have disappeared and whose social fabric -- especially family and community -- has been ripped apart.

That's been going on since at least the early 1970s. That's nearly half a century.

This anger we're seeing, it didn't start with Donald Trump. I think it goes back at least a decade.

In 2008 you saw the elite bail themselves out while working people paid the price for their recklessness and incompetence.

And you saw a new tone enter our politics.

Before then we had presidents who, whatever their political views, made clear they loved America and loved Americans - all Americans

Reagan, the Bushes, Bill Clinton, Bill Clinton perhaps a bit too much - they weren't haters. You got the sense they loved everybody.

But then we saw something new. A cultural elitism came in. Condescension. Even contempt

Remember when then-presidential candidate Barack Obama said on April 6, 2008, “They get bitter, and they cling to guns or religion.”

How about when his wife Michelle said this on February 18, 2008; “For the first time in my adult lifetime, I'm really proud of my country.”

We saw hate and divisiveness -- from the top. And remember, from the left, not the right. From the elitists, not the populists.

From Joe Biden who said this on September 15 recently at the Human Rights Campaign dinner, “They, not you, have an ally in the White House. This time they have an ally. There are small percentage of American people-virulent people-some of them the dregs of society.”

And of course from the queen of hate, the empress of divisiveness, Hillary Clinton, on September 9, 2016, we got this: "You could put half of Trump’s supporters into what I call the basket of deplorables."

Yes, he's used harsh language about illegal immigrants. Or MS-13 gangs. Too harsh, at times, for sure. But he's never talked like that about the people of this country.

Ever since 2008, working Americans have started to realize that the people at the top -- the politicians and CEOs and tech geniuses and the Hollywood types -- they really do look down their noses at them -- for how they live, what they eat, what they watch, the fact that they go to church -- and of course their political views

I know this is true because I'm part of the elite. I sit at their dinner tables and hear how they speak.

So let's tell the truth about the roots of this rage.

This is not just about Trump. It's about you, too

Your ideas have destroyed people's jobs, devastated their families and communities. And then in 2016 when they cry out for help, you call them deplorable. As Eric Holder would say, you kick 'em.

The elites have enthusiastically jumped on a tweet from Tom Hanks today.

He was in the Pittsburgh neighborhood where this terrible synagogue shooting took place -- which happens to be the neighborhood that Mr. Rodgers lived in. Tom Hanks just played him in a movie.

Hanks saw this sign in a window:  Love thy neighbor. No exceptions.

Well, yes. And that applies to you in the elite, too.

Here's my plea to the liberal elite and the Never Trump elite. Start practicing the tolerance you preach. Show some empathy and respect for your fellow Americans. Love thy neighbor.

Yes, even the ones who support President Trump and watch Fox News.

Adapted from Steve Hilton’s “Steve Says” monologue on “The Next Revolution” on October 28, 2018