A man cries beside a cross at a makeshift memorial near the scene of a mass shooting at a shopping complex Tuesday, Aug. 6, 2019, in El Paso, Texas. (AP Photo/John Locher)

Trump to call for national unity and healing in trips to shooting sites at El Paso and Dayton before skeptical critics
President Trump on will attempt to unite the nation and console mourners in trips to shooting sites at El Paso, Texas and Dayton, Ohio on Wednesday. The big question is whether Democrats who blame Trump, in part, for the back-to-back mass shootings last weekend that left 31 people dead will let him. The president’s biggest skeptics argue that he has helped create the environment for recent mass shootings with inflammatory divisive, anti-immigration rhetoric that emboldened hate groups. Investigators are looking closely at the potential motives of the accused shooters in Dayton and El Paso. Trump on Wednesday faces a dilemma similar to the one he faced in October 2018, when Jewish leaders urged him to stay away from the community following the shooting at the Tree of Life synagogue in Pittsburgh. 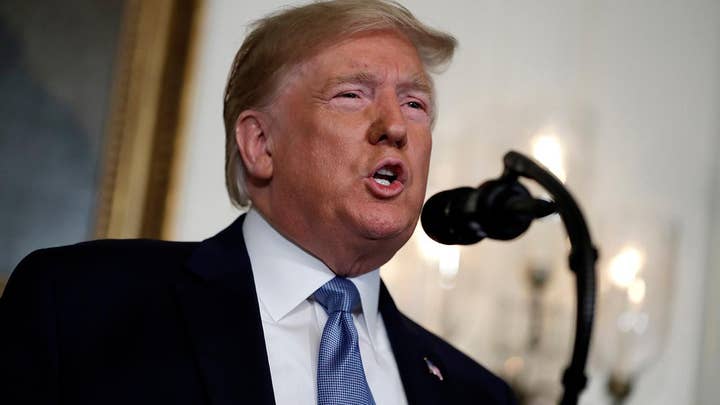 Still, White House officials said Trump's visits to Texas and Ohio Wednesday will be similar to those he's paid to grieving communities in Parkland, Fla., and Las Vegas, with the president and first lady thanking first responders and spending time with mourning families and survivors. White House spokesman Hogan Gidley said Trump also wants "to have a conversation" about ways to prevent future tragedies.

Trump to Beto: 'Be quiet'
President Trump is not remaining silent against some of his critics following the mass shootings in El Paso and Dayton. Trump fired back at 2020 presidential candidate Beto O'Rourke, who has blamed the president for the tragedies, called him a racist and compared him to Nazis in recent days.

"Beto (phony name to indicate Hispanic heritage) O’Rourke, who is embarrassed by my last visit to the Great State of Texas, where I trounced him, and is now even more embarrassed by polling at 1 percent in the Democrat Primary, should respect the victims & law enforcement - & be quiet!" Trump wrote in a late-night tweet. O'Rourke responded with the following tweet: "22 people in my hometown are dead after an act of terror inspired by your racism. El Paso will not be quiet and neither will I."

Earlier Tuesday, Trump's 2020 re-election campaign blasted Democratic Rep. Joaquin Castro, the brother and campaign chairman of 2020 presidential hopeful Julian Castro, for posting a list of prominent Texas Trump donors’ names and employers on Twitter -- accusing him of "targeting" private citizens and demanding he delete it. “How low have Dems sunk?” Trump campaign communications director Tim Murtaugh tweeted. Joaquin Castro stood by his tweet, saying the donors were not "targeted or harassed" and accused Trump campaign officials of trying to "distract" from the "racism that has overtaken the GOP." 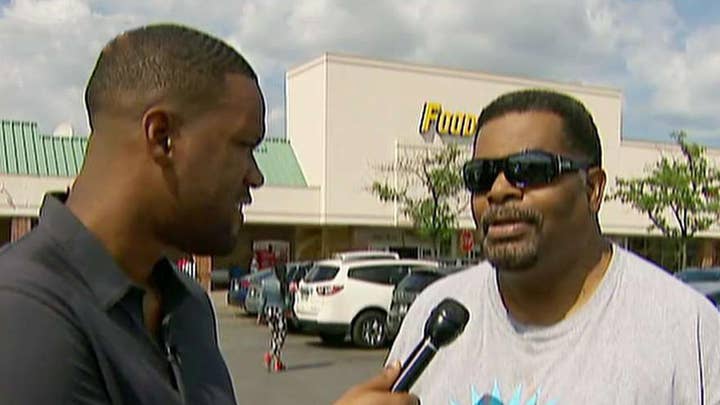 Chicago residents speak out on largely ignored weekend shootings on 'Hannity'
Fox News contributor Lawrence Jones traveled to Chicago to ask residents there about the shootings that left seven dead and 52 injured last weekend. It was Chicago's worst weekend of gun violence this year, but it was overshadowed by the tragedies in Dayton and El Paso. Some residents speculated about why the media appeared to largely ignore the violence in the Windy City, Jones said Tuesday on "Hannity." "I think that people have gotten used to this being synonymous with Chicago," one resident said of the weekend bloodshed. "They don't care," another man told Jones. "It's a race thing -- they don't care." Watch Jones' full report in the video above. 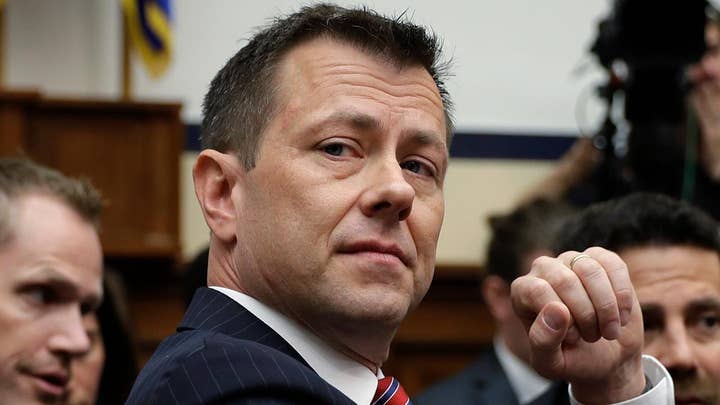 Former agent sues FBI over firing over anti-Trump texts
Peter Strzok, the former FBI agent who wrote unflattering text messages about President Trump while investigating the Trump campaign’s alleged ties to Russia, has filed a lawsuit against the bureau and the Justice Department – arguing that the FBI caved to the “unrelenting pressure” of the president when it fired him and violated his free speech and right to due process. “While many in law enforcement have faced attacks by this president, Pete Strzok has been a constant target for two years,” Aitan Goelman, a partner with Zuckerman Spaeder LLP and one of Strzok’s lawyers, said in a statement. “It’s indisputable that his termination was a result of President Trump’s unrelenting retaliatory campaign of false information, attacks and direct appeals to top officials.”

FILE - In this Wednesday, Dec. 5, 2018, file photo, Monica Lewinsky arrives at The Hollywood Reporter's Women in Entertainment Breakfast at Milk Studios in Los Angeles. FX says the next chapter of its “American Crime Story” series will dramatize the impeachment of President Bill Clinton. The miniseries will air in September 2020, within weeks of the general election. Lewinsky, the central figure in Clinton’s impeachment, is a producer for the limited series. (Photo by Jordan Strauss/Invision/AP, File)

'American Crime Story' featuring  ... the Clintons (sorta)
The next chapter of FX's "American Crime Story" will dramatize Bill Clinton's impeachment with a focus on Monica Lewinsky, Linda Tripp and other women central to the scandal. The miniseries will air within weeks of the 2020 presidential election. Lewinsky, who was a White House intern when she had an affair with Clinton, will be a producer on the project, FX Networks CEO John Landgraf said in announcing the project at a Television Critics Association meeting Tuesday. Clinton initially denied the affair before admitting to it in 1998. The series is scheduled to air on Sept. 27, 2020, about five weeks before the Nov. 3 election. ~ Associated Press

MINDING YOUR BUSINESS
Disney vs. Netflix streaming war: The battle to be No. 1 | TV cord-cutters to reach 25 percent by 2022
US stocks bounce back from worst day of 2019.
Why a 'dumb' phone is the smart new trend. 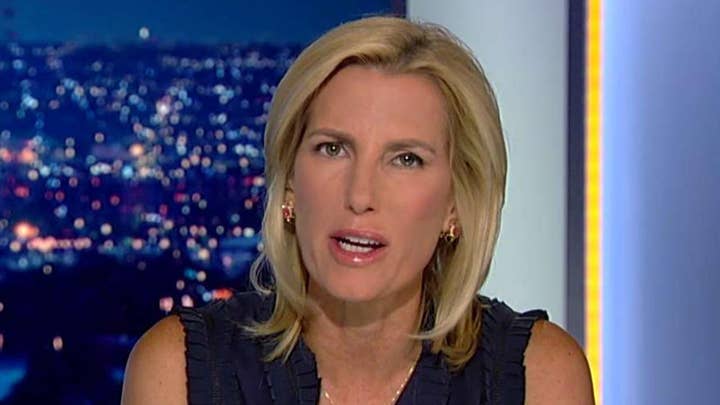 Laura Ingraham says Democrats are using tragedies to try to marginalize President Trump and his supporters.