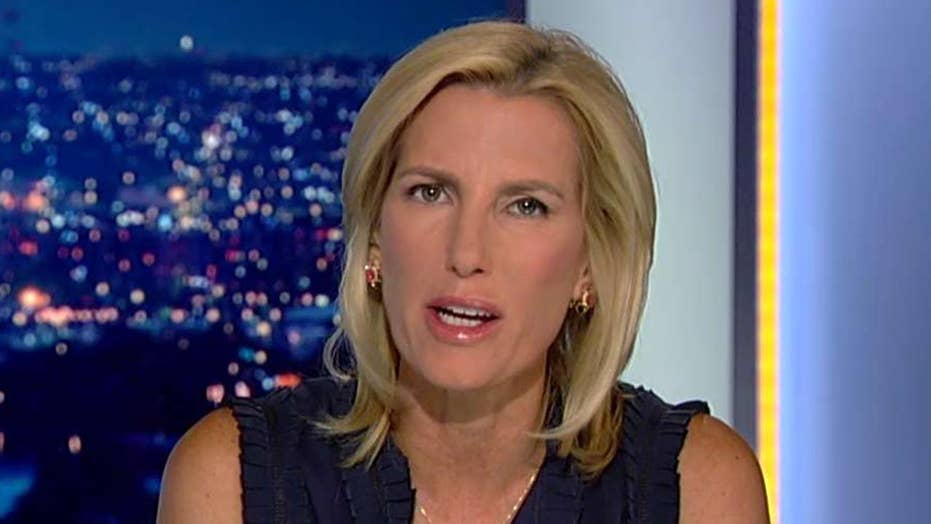 Democrats exploit tragedy of mass shootings for political gain; try to silence Trump and his supporters.

Fox News' Laura Ingraham took on Democrats Tuesday night for what she said is an attempt to capitalize politically on the shooting massacres in El Paso, Texas and Dayton, Ohio last weekend, and said she would not allow "the left" to divide Americans and distract from real solutions to real problems.

"We should not, and we will not, allow the political hucksters of the left to separate us or distract us from addressing these real problems that need practical, workable solutions," Ingraham said on "The Ingraham Angle."

"Let's not give either an evil racist force or a lunatic left wing nut any satisfaction by turning on one another in the wake of these heinous acts of domestic terror," she said.

Ingraham accused Democrats of using the tragedies to silence and marginalize President Trump and his supporters. She also called their attempt to equate Trump's border policies with racism as "obscene." 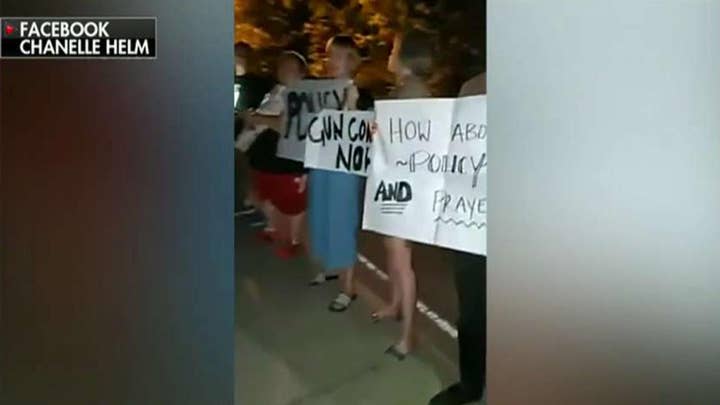 "Now conflating the evil racism of a deranged killer with Trump's reasonable and much-needed call for border security is not just offensive, it's absolutely obscene," Ingraham said.

The host said "the left" is now branding "half the population" as racists and making them targets, warning Democrats that their actions will only lead to people getting hurt.

"This is a campaign of intimidation. And I'm telling you it's going to end up getting more people hurt," Ingraham said.

Ingraham brought up "left-wing" protesters showing up at Senate Majority Leader Mitch McConnell's house and shouting death threats as an example of Democrats inciting their base.

"They are throwing kerosene on this fire and the end game is to drive those who disagree with them underground," Ingraham warned.