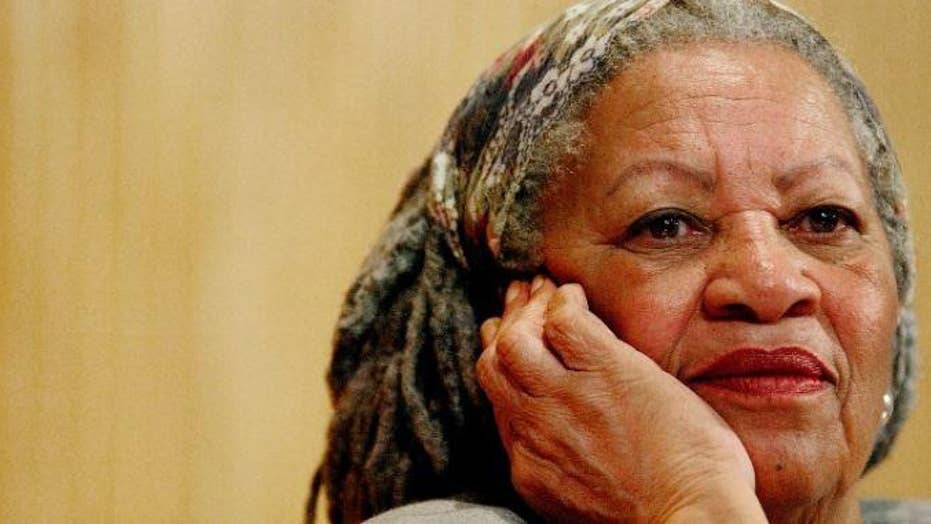 Nobel Prize-winning author Toni Morrison has died at the age of 88. She is known for her iconic works 'Beloved' and 'The Bluest Eye.'

American author Toni Morrison, the first black woman of any nationality to win the Nobel Prize in Literature, has died at the age of 88.

Her publisher, Alfred A. Knopf, announced Tuesday that the award-winning author died Monday night at the Montefiore Medical Center in New York. She died after a brief illness, her family said in a statement.

“It is with profound sadness we share that, following a short illness, our adored mother and grandmother, Toni Morrison, passed away peacefully last night surrounded by family and friends.," her family said in a statement. "She was an extremely devoted mother, grandmother, and aunt who reveled in being with her family and friends. The consummate writer who treasured the written word, whether her own, her students or others, she read voraciously and was most at home when writing.  Although her passing represents a tremendous loss, we are grateful she had a long, well-lived life."

OSCAR WINNER D.A. PENNEBAKER, DIRECTOR OF DOCUMENTARIES ON DYLAN AND CLINTON, DIES AT 94

The statement continued: "While we would like to thank everyone who knew and loved her, personally or through her work, for their support at this difficult time, we ask for privacy as we mourn this loss to our family.  We will share information in the near future about how we will celebrate Toni’s incredible life.”

Born Chloe Ardelia Wofford in Lorain, Ohio - a steel town outside of Cleveland - Morrison attended Howard University, where she spent much of her free time in the theater, and met and married a Jamaican architect, Harold Morrison, whom she divorced in 1964. They had two children, Harold and Slade.

In 1964, she became the first African-American woman in company history to work as an editor at Random House. Over the next 20 years, she would work with emerging fiction authors such as Gayl Jones and Toni Cade Bambara, on a memoir by Muhammad Ali and books by such activists as Angela Davis and Black Panther Huey Newton. A special project was editing "The Black Book," a collection of everything from newspaper advertisements to song lyrics that anticipated her immersion in the everyday lives of the past.

Determined to be a writer, she published her first novel, "The Bluest Eye," in 1970, which was followed by five others, including her Pulitzer-winning novel "Beloved," which tells the story of a mother who makes a tragic choice to murder her baby to save the girl from slavery. It was later adapted into a film of the same name starring Oprah Winfrey and Danny Glover in 1998.

In 1993, she came the first black woman to receive the Nobel Prize in Litterature, praised by the Swedish academy for her "visionary force" and for her delving into "language itself, a language she wants to liberate" from categories of black and white.

“Toni Morrison’s working life was spent in the service of literature: writing books, reading books, editing books, teaching books,” Sonny Mehta, chairman of Knopf, said in a statement. "I can think of few writers in American letters who wrote with more humanity or with more love for language than Toni. Her narratives and mesmerizing prose have made an indelible mark on our culture. Her novels command and demand our attention. They are canonical works, and more importantly, they are books that remain beloved by readers.”

Morrison's other works included "Playing in the Dark," a collection of essays; "Dreaming Emmet," a play about the slain teenager Emmett Till; and several children's books co-authored with her son, Slade Morrison (who died of cancer in 2010). In November 2016, she wrote a frequently cited New York essay about the election of Donald Trump, calling his ascension to the presidency a mark of what whites would settle for to hold on to their status.

"So scary are the consequences of a collapse of white privilege that many Americans have flocked to a political platform that supports and translates violence against the defenseless as strength. These people are not so much angry as terrified, with the kind of terror that makes knees tremble," she wrote.

FILE - In this May 29, 2012 file photo President Barack Obama awards author Toni Morrison a Medal of Freedom during a ceremony in the East Room of the White House in Washington. Publisher Alfred A. Knopf says Morrison died Monday, Aug. 5, 2019 at Montefiore Medical Center in New York. She was 88. (AP Photo/Carolyn Kaster, File)

Former President Barack Obama presented Morrison with the Presidential Medal of Freedom in 2012.

The documentary, "Toni Morrison: The Pieces I Am," which gives an "artful and intimate meditation on the life and words of the acclaimed novelist' is in theaters now.

Survivors include her son Harold Ford Morrison of Princeton, N.J.; and three grandchildren.