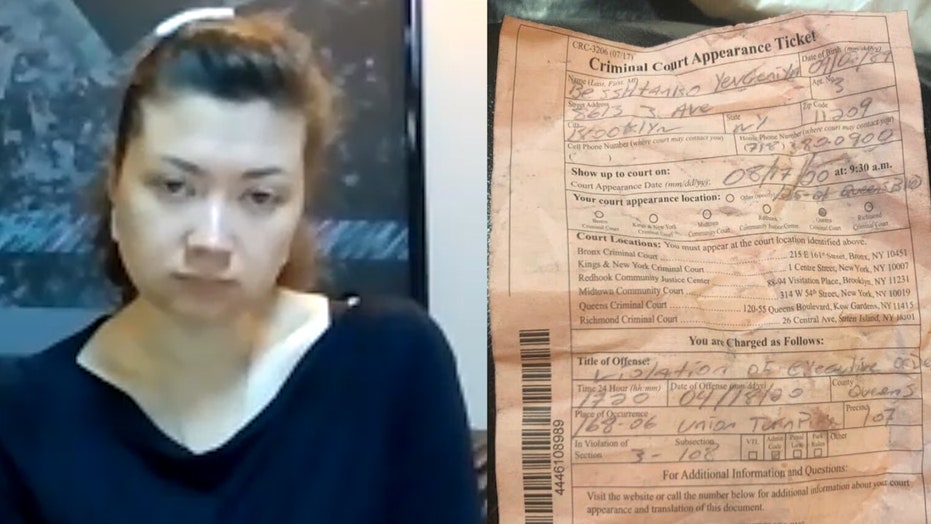 A small business owner in Queens, NY, has received two citations and multiple visits from the NYPD for keeping their shop open to sell masks, gloves, and hand sanitizer. The store owner said the experience left her 'terrified.'

Jane Besshtanko, owner of Hi Life Smoking, a vape shop in Queens, N.Y., says she has received two citations and has been visited by the cops “six times” in the past month. Besshtanko's business was deemed nonessential, a move she says has made it difficult to provide for her family. “There's very very little income coming in right now, to help to pay for little things, you know, essential things like food and everyday stuff,” Besshtanko told Fox News.

Besshtanko and other owners of businesses that have been deemed nonessential have been finding ways to become ‘essential’ by selling face masks, gloves, and hand sanitizer. But for Besshtanko's business, selling those items was not enough.

According to Besshtanko, the shop was first visited by officers on April 5, when an employee was given a summons violation for being open. On April 18, Besshtanko said a number of officers approached her door asking to come in. Besshtanko said her door was locked and the officers failed to present a warrant. “They just started aggressively knocking on my door and I wasn't sure what happened, so I opened the door," she said, "They told me that I had to let them in, and I did. The officer did not present a warrant.”

During the encounter, Besshtanko said the officers searched her store and asked to go into her basement all without telling her what they were looking for. "They just went through every bag, they looked at every shelf of my showcase, they checked little bottles just to see what's in them, but they never actually said, we are looking for such and such, they were just looking. The only time they asked for my permission was to go to the basement, they also asked if there [were] any boxes from China. That [sounded] funny to me, but obviously I had none. They went downstairs to check for it, came back with no results. And that was that,” Besshtanko told Fox News.

The business owner said she was “terrified” during her encounter with the NYPD, and according to Todd Spodek, her attorney and managing partner of Spodek Law Group, she is just one of many small-business owners who are receiving citations and multiple encounters with law enforcement. “Jane is now our sixth client who has received either a criminal summons or a desk appearance ticket for these administrative code violations. And they're happening quite frequently,” Spodek told Fox News.

“So first and foremost, everyone is under tremendous pressure, whether it be obviously earning an income, keeping a business afloat, keeping your customers and the community happy. So someone like Jane is trying to balance all of these things. The police don't need to come to her shop six times, they don't need to be aggressive. They don't need to search without a warrant, and they don't need to issue summons that are going to require her to get a lawyer, to go to court, to miss work, [and] to potentially have child care issues. It's just not the right way to handle it,” said Spodek.

According to Spodek, these administrative code violations can carry a potential fine of $500 and three month's imprisonment. Spodek said, “Imprisonment is unlikely to happen,” but during a pandemic where people are suffering around the world, the threat of jail for simply trying to provide for your family can seem drastically harsh.

When it comes to other clients represented by Spodek, the attorney said there is a pattern developing where officers are showing up to nonessential businesses at different times of day to search without a warrant.

“The police are not only coming to these shops one or two times, but it's a pattern. Meaning, they're coming in the morning, in the afternoon, in the evening. And they're making remarks again about importing products from overseas, particularly Asian countries and that is unnecessary. I’m not sure what they're trying to accomplish by doing that. No one has presented a search warrant or any order from a judge to confiscate anything. There's no customs investigation. There's nothing that would lead to this sort of behavior. So it seems to me like these are frustrated officers who are essentially taking out their frustrations on retail shop owners," Spodek told Fox News.

When asked what nonessential-business owners can do to protect themselves legally, Spodek said, “They just have to cooperate and comply” and that in the “ideal scenario” there is surveillance footage to document the interaction. The Spodek Law Group is representing six business owners who have received citations for remaining open and said his law group is also providing pro-bono legal services for essential workers in misdemeanor criminal cases and uncontested divorces.

The New York City Police Department was asked about the incident and its spokesperson, Sergeant Mary Frances O’Donnell, said, “We have had only one call to the location. When officers arrived, they encountered an individual who was doing maintenance. We are guided by the executive orders issued by the governor and mayor during this outbreak. If someone is in violation of these orders, they may be issued a summons or arrested.”