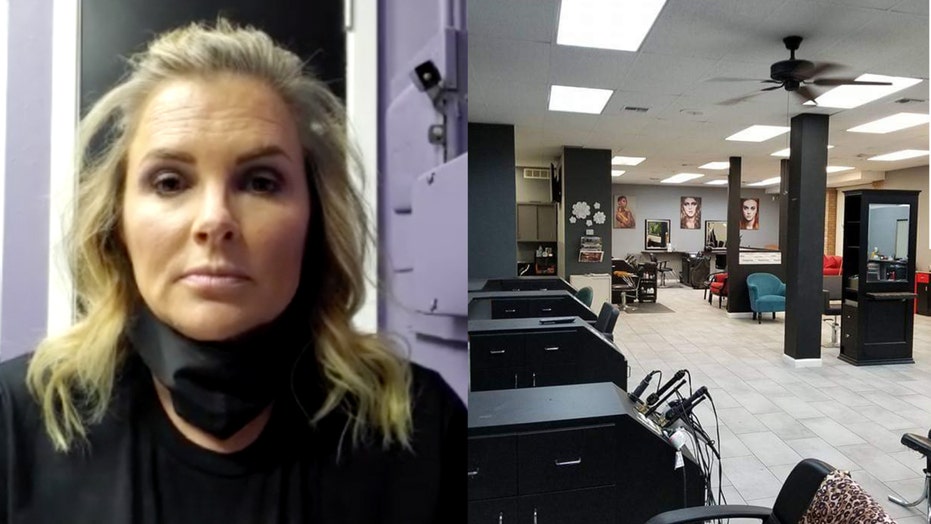 A salon owner in Dallas, Texas, is fighting to keep her business open amid the coronavirus outbreak despite receiving citations and threats of arrest.

Texas Attorney General Ken Paxton on Wednesday sent a letter urging a Dallas judge to free a woman he sent to jail a day earlier after she refused to apologize for keeping her hair salon open in violation of Gov. Greg Abbott's order aimed at slowing the spread of the coronavirus.

Soon after, Abbott said he agreed with his attorney general on the matter. Later Wednesday, Lieutenant Governor Dan Patrick vowed to pay her fines -- $500 for each day the salon was open -- and volunteered to go under house arrest on the condition she be freed.

Paxton, whose office said Shelly Luther was "unjustly jailed" in a release, told Dallas County State District Judge Eric Moyé that he had abused his discretion and emphasized that the woman was keeping her business open in order to feed her family.

"As a mother, Ms. Luther wanted to feed her children," Paxton said in his letter. "As a small business owner, she wanted to help her employees feed their children. Needless to say, these are laudable goals that warrant the exercise of enforcement discretion."

Luther was given three choices by the judge: She could offer an apology for selfishness, pay a fine and shutdown until Friday, or serve jail time. 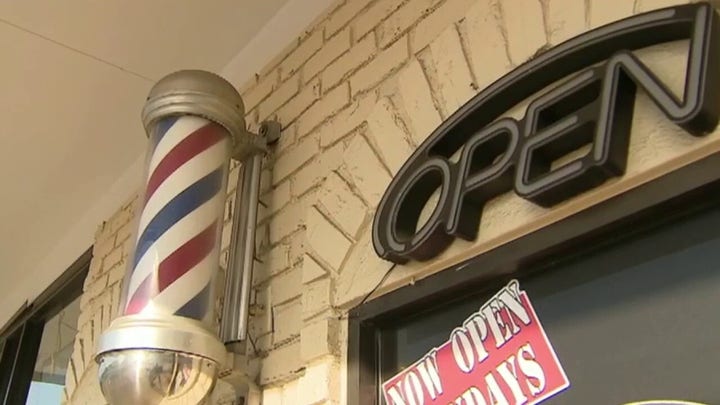 Her sentence reportedly was meant to reflect the seven days she kept her salon open in violation of the governor's order, but on Wednesday the governor sided with Luther.

"I join the Attorney General in disagreeing with the excessive action by the Dallas Judge, putting Shelley Luther in jail for seven days," Abbott said. "As I have made clear through prior pronouncements, jailing Texans for non-compliance with executive orders should always be the last available option. Compliance with executive orders during this pandemic is important to ensure public safety; however, surely there are less restrictive means to achieving that goal than jailing a Texas mother."

Patrick tweeted: "7 days in jail, no bail and a $7K fine is outrageous. No surprise Texans are responding. I’m covering the $7K fine she had to pay and I volunteer to be placed under House Arrest so she can go to work and feed her kids."

TEXAS REPUBLICANS GET ILLEGAL HAIRCUTS IN PROTEST AGAINST CORONAVIRUS LOCKDOWN

Paxton also cited in his letter the state's efforts to reduce its jail population and the fact that the order keeping salons closed is set to expire Friday.

"In light of the foregoing, your actions abused your discretion in holding Ms. Luther in contempt and ordering her to jail in a civil court proceeding," Paxton said. "For these reasons, the Court should immediately reconsider its order and release Ms. Luther from confinement."

The dustup Wednesday over Luther's actions came after two Texas Republican lawmakers got illegal haircuts at another business in protest of the fact that hair salons and barbershops were not part of the initial wave of businesses to reopen under the governor's plan.

"Hairstylists and the cosmetology industry don’t have a lot of lobbyists in the Capitol advocating for them, whereas maybe the big-box stores and large restaurant chains do and sadly they were overlooked when this should have been an industry that was opened first, because of how regulated they are and the health standards they have to comply with," state Rep. Briscoe Cain said, according to Fox 26 Houston.

He was joined by Rep. Steve Toth in his act of civil disobedience.

Hours after the two politicians' haircuts, Abbott announced that hair salons, barbershops and tanning salons would be allowed to open beginning on Friday, but with strict social distancing measures. For example, each stylist can only be assisting one customer at a time, according to Fox 26 Houston.

The announcement by Abbott moves up the timeline for those businesses, which were previously supposed to open in mid-May along with businesses like gyms and traditional offices.