Maria Bartiromo reacts to new weekly jobless claims that hit 4.4 million and 26.4 million that have filed since the shutdown started

Fox Business anchor Maria Bartiromo said on “America’s Newsroom” on Thursday that there is the potential for a “severe” recession in the coming quarters.

Bartiromo made the statement shortly after the Labor Department reported another 4.4 million Americans filed for unemployment claims last week, as massive job losses caused by the coronavirus pandemic continued to grow.

The new report, which covers the week ending April 18, brings total job losses since the virus outbreak triggered widespread stay-at-home measures five weeks ago to more than 26 million, erasing the entirety of the 22.78 million labor market gains since the Great Recession more than a decade ago.

On Thursday, Bartiromo addressed why U.S. equity markets are rallying even with all the people filing unemployment claims saying, “It’s all about expectations.”

“We are expecting the second quarter to be dreadful and that's exactly what we’re seeing week by week,” Bartiromo noted. “Right now we’re up to 26 million Americans having filed for unemployment benefits in the last five weeks, with this latest report this week of 4.4.” 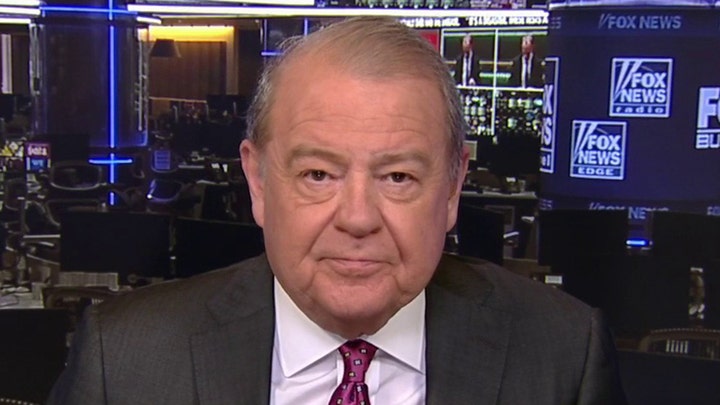 She pointed out that the number of people filing unemployment claims for the week ending April 18 “is not that much more than the expectations.”

“There were some estimates out there that were even more dreadful, above 5 million, so there is one argument to be made that this is not as bad as some people thought,” Bartiromo explained.

“Having said that, we are expecting a very tough quarter, a very tough month and certainly a recession, perhaps a severe one in the next couple of quarters,” she continued.

Bartiromo noted that “we’re not expecting a snap back per se in the fourth quarter,” referencing the fact that a V-shaped recovery is not likely.

“But we will start coming back little by little,” she continued, explaining that has a lot to do with policymakers’ moves to shore up the economy. 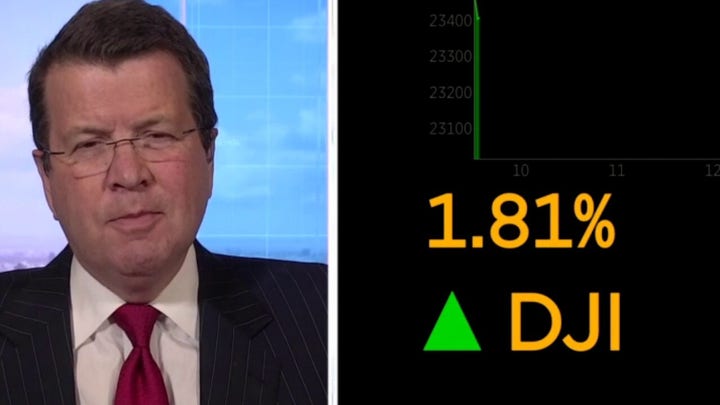 “You’ve got money thrown at this economy in a huge way, flooding the economy,” Bartiromo said, referencing the central bank’s emergency moves, which included slashing interest rates to near zero and buying an unlimited amount of Treasury securities.

She also noted the federal government’s moves to help the economy and brought up the fact that the Senate on Tuesday passed a nearly $500 billion coronavirus "Phase 3.5" relief bill that would replenish the small business rescue program known as the Paycheck Protection Program (PPP). The new deal would provide more than $300 billion for the PPP.

Bartiromo said the “new money that is about to go to the smaller banks and to the paycheck program” is also going “to be helpful.”

She went on to say that “at this point, you are going to see more numbers like this [the large number of unemployment claims filed] so that’s why I don't think you’re going to see much of a reaction from stock investors.”