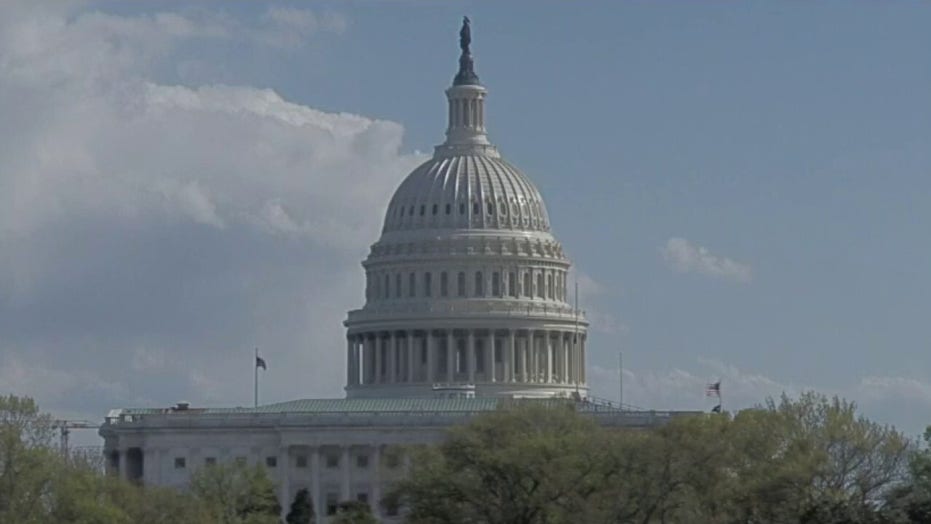 $25 billion of stimulus to be used for testing; Mike Emanuel reports.

The Senate on Tuesday passed a nearly $500 billion coronavirus "Phase 3.5" relief bill that would replenish a small business rescue program known as the Paycheck Protection Program (PPP), provide hospitals with another $75 billion and implement a nationwide virus testing program to facilitate reopening the economy.

The measure passed by voice vote, which simply requires each side to holler "yay" or "nay," with the louder side winning. Ahead of the bill's passage, some Republicans voiced their frustrations that there was not a full roll call vote, even as some senators remained at home amid the pandemic. "This is not acceptable," Sen. Mike Lee, R-Utah, said on the Senate floor. "We should not be passing legislation ... without Congress actually being in session."

And, Sen. Rand Paul, R-Ky., declared that Congress should stop "printing bailout cash" because the U.S. "can manage this disease without the draconian lockdown of the economy." Announcing his opposition to the stimulus in no uncertain terms, he told colleagues: "We can't continue on this course."

At the same time, Paul noted that he "has not invoked the Senate rules to require a vote" by roll call -- and was present only so that history would record that not every senator favored spending $484 billion.

Rep. Steny Hoyer, the House majority leader, said on a conference call with reporters that House votes would take place Thursday. He said the House will also vote on a proposal to allow proxy voting during the pandemic, a first for Congress, which has required in-person business essentially since its founding.

The new deal, which came after days of delays driven by Democrats' demands, would provide more than $300 billion for the PPP. $60 billion or so was to be set aside -- and divided equally -- for smaller banks and community lenders that seek to focus on under-banked neighborhoods and rural areas. Another $60 billion would be available for a small-business loans and grants program delivered through an existing small-business disaster aid program, $10 billion of which would come in the form of direct grants.

Minutes after the Senate passed the package, Treasury Secretary Steven Mnuchin said he expects this to be the last wave of payments to small businesses, and that PPP had saved some 30 million jobs. And, President Trump indicated that there would soon be a crackdown of businesses and universities that took stimulus funds without needing them. “Harvard’s going to pay back the money,” Trump told reporters at the White Hosue. “They shouldn’t have taken it.” (Harvard has denied receiving any PPP funds for small businesses, but said it had received money under the CARES Act Higher Education Emergency Relief Fund.)

The new bill didn't include money for the Kennedy Center, one GOP source speaking to Fox News wryly observed. Democrats pushed for the Washington, D.C. performing arts center to receive $25 million in the last stimulus, and Republicans have sought to claw back the money after administrators there conducted layoffs even after obtaining the funds. The funding was widely derided as wasteful pork from the outset.

Meanwhile, the IRS on Tuesday announced that individuals receiving Social Security payments have until noon Wednesday to tell the IRS how many dependent children they have, or else they won't receive their full payouts from the last stimulus bill.

FILE - In this March 20, 2020, file photo Senate Minority Leader Sen. Chuck Schumer of N.Y., speaks to reporters as he arrives for a meeting to discuss the coronavirus relief bill on Capitol Hill Washington. The Trump administration and Congress are nearing an agreement as early as Sunday, April 19, on a $400-plus billion aid package to boost a small-business loan program that has run out of money and add funds for hospitals and COVID-19 testing. (AP Photo/Andrew Harnik, File)

Ahead of the planned vote Tuesday evening, Senate Majority Leader Mitch McConnell, R-Ky., criticized Democrats for delaying a vote on more funding for several days, well after the PPP fund was exhausted last Thursday. Talks had dragged as the Democrats tacked on the health priorities, including funding for hospitals, and the two sides have quarreled over the design of a nationwide testing regime, among other pieces.

“Republicans never wanted this crucial program for workers and small businesses to shut down," McConnell said. "We tried to pass additional funding a week before it lapsed. But Democratic leaders blocked the money and spent days trying to negotiate extraneous issues that were never on the table. I am grateful our colleagues have walked away from those demands and will finally let Congress act."

Democrats were rebuffed in a request for another $150 billion in aid to revenue-strapped state governments, but left satisfied that the administration will help deliver such aid in the next aid bill. There's also pressure to help cities with populations of less than 500,000 that were shut out of the massive $2 trillion relief bill that passed last month.

Senate Minority Leader Chuck Schumer, D-N.Y., told colleagues Tuesday he was also "disappointed that Republicans did not work with us to strengthen SNAP benefits for the food insecure." Other prominent progressives, including Rep. Alexandria Ocasio-Cortez, D-N.Y., have indicated they'll oppose the plan in its current form because it doesn't do enough for illegal immigrants and low-income constituents.

A Democratic source told Fox News that Schumer told colleagues on a conference call that there will be a "Phase 4" bill, and some of the top priorities Senate Democrats are pursuing including funding for state and local governments, rental assistance, election integrity, the Postal Service, and others. 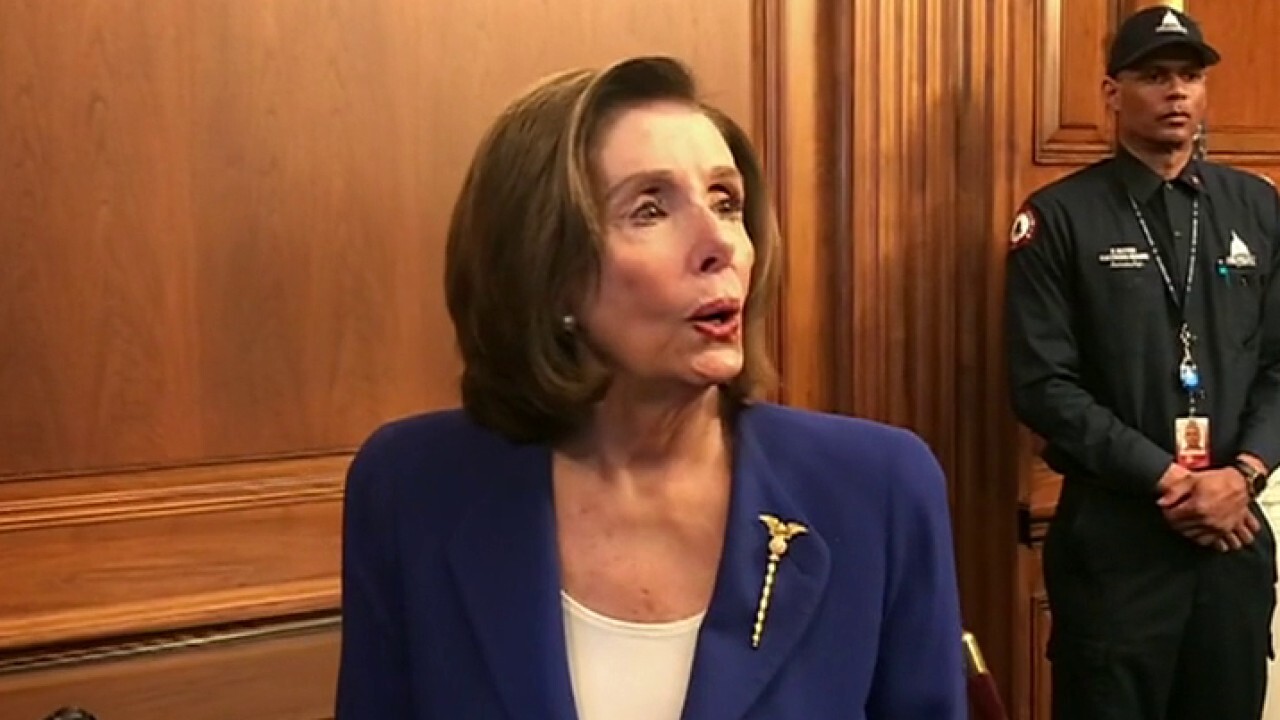 And, House Speaker Nancy Pelosi, D-Calif., justified the delay on Sunday by saying she wanted more funding for testing and hospitals -- uncontroversial demands that even left-of-center commentators have pointed out that Republicans never opposed, despite news reports implying otherwise.

In a joint statement Tuesday afternoon, Pelosi and Schumer pointed the finger back at Republicans, although they acknowledged the delay resulted from their attempts to add more items to the bill.

“It is unfortunate that Republicans’ refusal to negotiate in a bipartisan way delayed agreement on this legislation," they wrote. "Now, Congress will move swiftly to bring this legislation to the floor and pass it this week, so that we can bring desperately-needed resources to those who are suffering. As soon as it has passed in the House, we will advance CARES 2, which must be transformative and far-reaching."

WHAT WAS IN THE LAST STIMULUS MEASURE?

That display of what McConnell called "reflexive partisanship" helped balloon what was originally designed by Republicans as a $250 billion stopgap to replenish the payroll subsidies for smaller businesses into the second largest of the four coronavirus response bills so far.

McConnell went on to say he was "sorry that it took my colleagues in Democratic leadership 12 days to accept the inevitable, and that they shut down emergency support for Main Street in a search for partisan ‘leverage’ that never materialized."

FILE - In this April 13, 2020, file photo President Donald Trump listens as Treasury Secretary Steven Mnuchin speaks about the coronavirus in the James Brady Press Briefing Room at the White House in Washington. The Trump administration and Congress are nearing an agreement as early as Sunday, April 19, on a $400-plus billion aid package to boost a small-business loan program that has run out of money and add funds for hospitals and COVID-19 testing. (AP Photo/Alex Brandon, File)

“This bipartisan agreement will provide more than $320 billion in additional funding for the Paycheck Protection Program, which is already helping millions of small-business employees receive paychecks instead of pink slips," McConnell continued. "This is even more money than Senate Republicans first requested. At our request, there will now be a special focus on community banks and credit unions."

He added: "Thanks to the hard work of colleagues such as Senator Collins and Senator Rubio, there will also be $60 billion more for Economic Injury Disaster Loans, and because of the hard work of Senator Roberts, Senator Daines, and our other colleagues from rural states, it will be clear that farmers and ranchers are eligible."

The agreement would also contain $75 billion more to hospitals and health care providers, as well as "$25 billion for state-led COVID-19 testing plans and for research, development and other testing support from key agencies such as the CDC [Centers for Disease Control and Prevention] and the NIH [National Institutes of Health]," McConnell said.

In his letter to colleagues, Schumer largely claimed victory and asserted that Democrats' delays had produced results that Republicans otherwise might not have agreed to.

"Under this agreement, Democrats have secured $220 billion above and beyond what Republicans proposed, including new funding for small businesses through community financial institutions, new funding for our health care system, and a substantial down-payment on a national testing regime, which experts say is necessary for reopening our economy," Schumer wrote.

The PPP has been swamped by companies applying for loans and reached its appropriations limit last Thursday after approving nearly 1.7 million loans. That left thousands of small businesses in limbo as they sought help. The National Federation of Independent Business, a GOP-friendly organization that advocates for small businesses in Washington, said it had surveyed their members and reported that only one in five applicants had received money so far.

Controversies have enveloped the program, with many businesses complaining that banks have favored customers with which they already do business. Some businesses that haven't been much harmed by the pandemic have also received loans, along with a number of publicly traded corporations.

Fox News' Chad Pergram and Mike Emanuel contributed to this report, as well as The Associated Press.