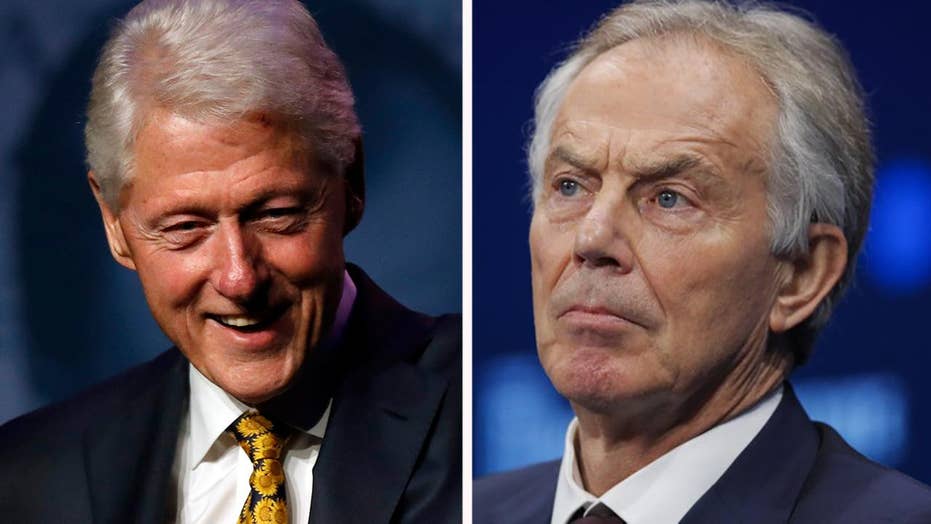 Bill Clinton asked for a favor in a manner similar to the Trump-Ukraine phone call but without the controversy.

Former Democratic presidential nominee Hillary Clinton had an apparently contemptuous response to President Trump Tuesday after he mocked her and called for her to run again in 2020.

"Don't tempt me. Do your job," Clinton tweeted back. Trump had tweeted that Clinton -- "The Crooked one" -- could return if she explained her "high crimes and misdemeanors," referring to her email scandal.

"I think that Crooked Hillary Clinton should enter the race to try and steal it away from Uber Left Elizabeth Warren. Only one condition. The Crooked one must explain all of her high crimes and misdemeanors including how & why she deleted 33,000 Emails AFTER getting 'C' Subpoena!"

MICHAEL GOODWIN: HILLARY CLINTON NEEDS TO RUN FOR PRESIDENT AGAIN -- OR GET OVER IT ALREADY

Clinton famously lost the 2016 presidential election after a long and contentious battle during which Trump repeatedly accused her of wrongdoing and suggested he would prosecute her after winning the White House. Clinton, for her part, later described the email controversy as a "witch hunt."

Amid Trump's tweet, polling showed a tight race between Sen. Elizabeth Warren, D-Mass., and former Vice President Joe Biden as they vie for the 2020 Democratic nomination.

Clinton previously said that she has advised multiple candidates during the primary race. Her Tuesday tweet fueled speculation that she might try and run, although she's said she wouldn't. In March, a report surfaced that Clinton hadn't completely shut the door on 2020 and was waiting for the release of former Special Counsel Robert Mueller's report.

When Trump tweeted about her possible run, Clinton mocked him with a gif from the movie, "Mean Girls."

Clinton previously took responsibility for her 2016 loss but has maintained that other factors -- like Russia and former FBI Director James Comey -- contributed to her loss. Most recently, she's gained publicity for releasing a book with her daughter, Chelsea.

During an appearance on "The View," she backed Congress' impeachment inquiry, arguing that it was unavoidable after the president tried to "extort" Ukraine into investigating Biden.