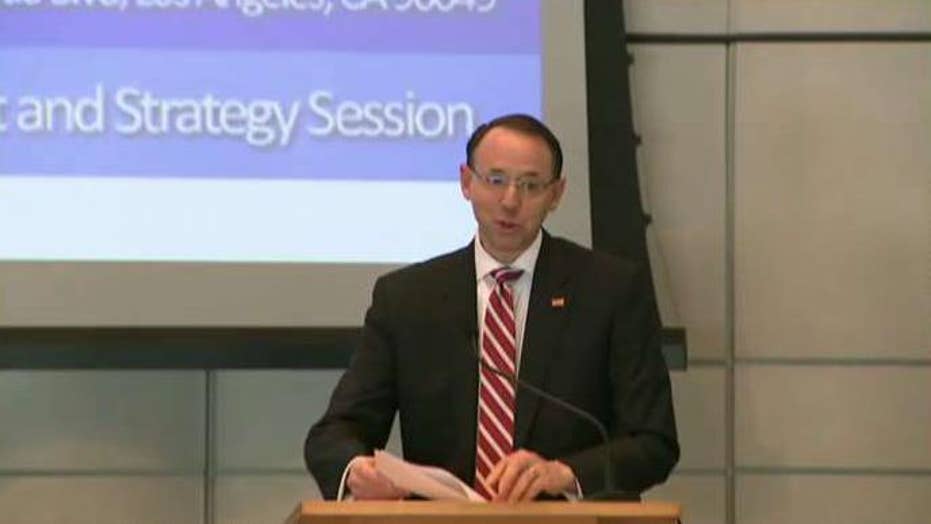 Former Deputy Attorney General Rod Rosenstein expected that former White House Chief of Staff John Kelly and then-Attorney General Jeff Sessions would back the use of the 25th Amendment against President Trump, but miscalculated and was eventually forced out, a new book claims.

James B. Stewart, the author of "Deep State," appeared on MSNBC Monday to discuss the revelations, and said Rosenstein was fully serious about wearing a wire to entrap the president. He also felt he could count on cabinet members to forcibly remove Trump if that failed.

"[Rosenstein]... denied saying that he wanted to invoke the 25th Amendment. But there are also witnesses to that conversation, and he even named two cabinet-level people who were going to support that -- namely John Kelly, the chief of staff, and [Jeff] Sessions, the attorney general."

The 25th Amendment requires a majority vote of the cabinet before any action can be taken, but Rosenstein was said to have discussed the matter with other cabinet members and was confident they would turn on Trump.

Stewart said Rosenstein was taking dramatic steps to carry out his attempted coup and was likely given assurances from cabinet members that weren't fully genuine.

"That was an extreme step," he said. "I do think that people who heard it didn't really take it all that seriously. They took it more as a measure of how unnerved Rod Rosenstein was by the fact that Trump was trying to set him up, as the person who said, 'fire James Comey.'"

"Mr. Rosenstein told Mr. McCabe during a May 16, 2017, meeting that Attorney General Jeff Sessions and John F. Kelly, the homeland security secretary, would most likely support such a move," the article reads.

Stewart's book also claims Kelly was so upset by Comey's dismissal that he "felt sickened" and was considering resigning before he eventually rose to become Trump's chief of staff -- a position he held for 17 months.

The author told NPR that Rosenstein had a "meltdown" after the firing of Comey, believing Trump was lying about the reasons for the firing.

"Not only did Trump fire Comey but he immediately started publicly lying about it, and it sent Rosenstein into a panic. I mean those days, after he was fired — I have multiple multiple sources on this — [were] incredibly tumultuous inside the FBI, inside the Justice Department. Rosenstein was having some kind of a meltdown," said Stewart. 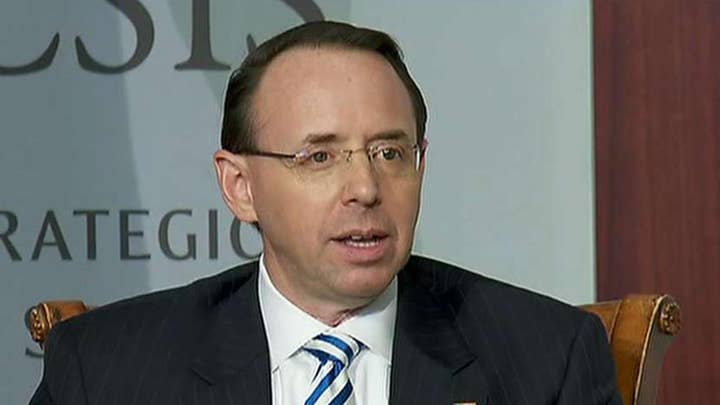 "He called for secretly wiring the president to collect evidence of obstruction, he thought about invoking the 25th Amendment. When he finally calmed down, this all, of course, got back to Trump. Trump now had every reason to fire him if he wanted to. And yet, on two different occasions, they had one-on-one meetings and amazingly, Rosenstein comes out with his job intact."

He said Rosenstein, who resigned in April, would later become "something of a lackey for the president, and for the new attorney general, William Barr."