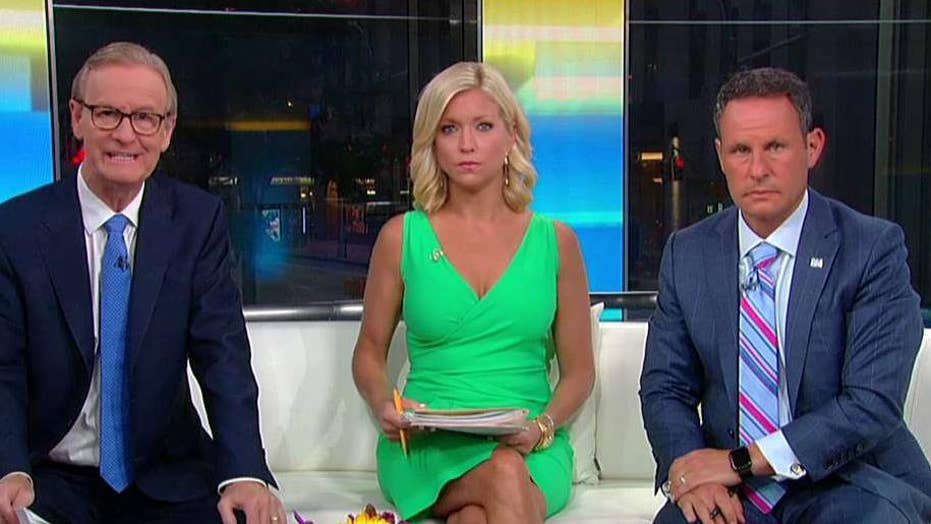 The former president and former Democrat nominee go public with their opinions on the 'climate of fear' behind gun violence.

Former Democratic presidential nominee Hillary Clinton is putting out another book -- this time with her daughter, Chelsea, to promote women who inspired them.

The former secretary of state's latest book -- set to be released in October -- was written in response to her and her daughter being asked by girls who their heroes are, according to a statement, and features Harriet Tubman, Ellen Degeneres, and others.

"To us, they are all gutsy women -- leaders with the courage to stand up to the status quo, ask hard questions, and get the job done," Chelsea Clinton said in a statement released on Tuesday. "So in the moments when the long haul seems awfully long, we hope you will draw strength from these stories. We do. Because if history shows one thing, it’s that the world needs gutsy women."

The release of the new book, and potential tour to promote it, will see Clinton remain in the spotlight. She has been a vocal critic of President Trump since losing the 2016 election, and has regularly commented on the factor that led to her shock defeat.

In a statement, Hillary indicated that the book was an outgrowth of her longtime habit of collecting articles about women who "seemed to be redefining what was possible."

"Growing up, I knew hardly any women who worked outside the home. So I looked to my mother, my teachers, and the pages of Life magazine for inspiration," she said. "After learning that Amelia Earhart kept a scrapbook with newspaper articles about successful women in male-dominated jobs."

The book includes portraits of more than 100 women, including presidential candidate Shirley Chisholm, Saudi activist Manal al-Sharif and author Chimamanda Ngozi Adichie. The Clintons also will tell of heroines among their friends and family members.