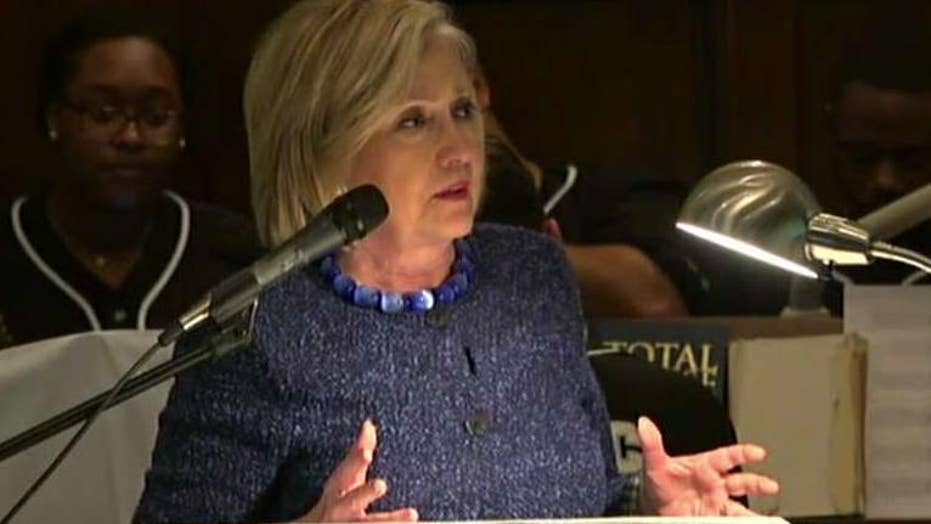 Hillary Clinton confirms she won't run for president in 2020

What a difference a day makes.

Hillary Clinton made headlines Monday when she told a local New York news channel that she would not run for president in 2020.

"I'm not running, but I'm going to keep on working and speaking and standing up for what I believe," the former presidential nominee told News 12 Westchester. She insisted that she would remain relevant and has no plans of "going anywhere."

But late Tuesday, Maggie Haberman, a political reporter for the New York Times, tweeted that she spoke with a person close to the former secretary of state. The unnamed source said Clinton was not trying to "be emphatic and close the door on running" with the comment and was apparently "surprised" at the reaction.

"The person also says [Clinton] is extremely unlikely to run, but that she remains bothered that she's expected to close the door on it when, say, John Kerry isn't. She has told her team she is waiting at least to see the Mueller report," Haberman tweeted.

There is little buzz about a potential Kerry announcement, but there is clear interest in a potential Joe Biden bid. Recent polls have him leading the field of Democrats who have already announced. With Michael Bloomberg out of the way, there seems to be a clear path for a more centrist Democrat.

Those interested in Biden's decision include New York Gov. Andrew Cuomo and former Virginia Gov. Terry McAuliffe, who are reportedly in "wait-and-see" mode on their own potential candidacies until Biden ends his "Hamlet act," according to Politico.

Clinton told News 12 Westchester on Monday that there is a lot at stake for the country.

"We've just gotten so polarized,” she said.  “We've gotten into really opposing camps unlike anything I've ever seen in my adult life."

President Trump said earlier that Clinton would “be sorely missed” in 2020. Clinton appeared to respond to Trump's comment with a gif from "Mean Girls," asking, "Why are you so obsessed with me?"