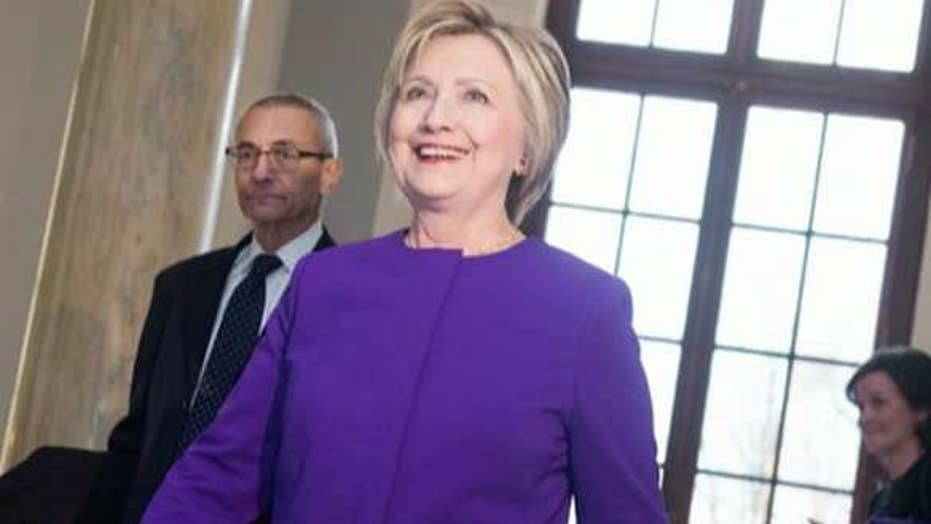 It has been said that there are only two cures for those bitten by the presidential bug: election or death. Poor Hillary Clinton.

The most famous loser of a presidential campaign is peddling another book, so each day interviewers ask her vapid questions about how she feels. Naturally, she responds with vapid variations on a theme: Donald Trump is no good, he stole the election, the world is ending, I’m fine, thank you.

Only she’s not fine, or she wouldn’t continue to embarrass herself by trying to rewrite history. She lost the election fair and square and even the “resistance” movement no longer pretends otherwise.

Yet nearly three years after the votes were counted and the states were called, and months after Robert Mueller found no collusion with Russia, she still has the nerve to insist that Trump is an “illegitimate president.”

A brief detour down memory lane reveals the hypocrisy. When Trump said in the third presidential debate of 2016 that he might not accept the election results, Clinton pounced on what she believed was a disqualifying mistake.

“That’s horrifying,” she replied. “Let’s be clear about what he is saying and what that means. He is denigrating — he is talking down our democracy. And I am appalled that someone who is the nominee of one of our two major parties would take that position.”

Here we are, and she’s the one still contesting the results and “talking down our democracy.” Now that’s horrifying.

Her refusal to accept Trump’s election can mean only one thing: In her own mind, she won the election and she’s the real president. Oh dear.

In that case, we have another problem with only two options. She can see a shrink, or prove she’s right.