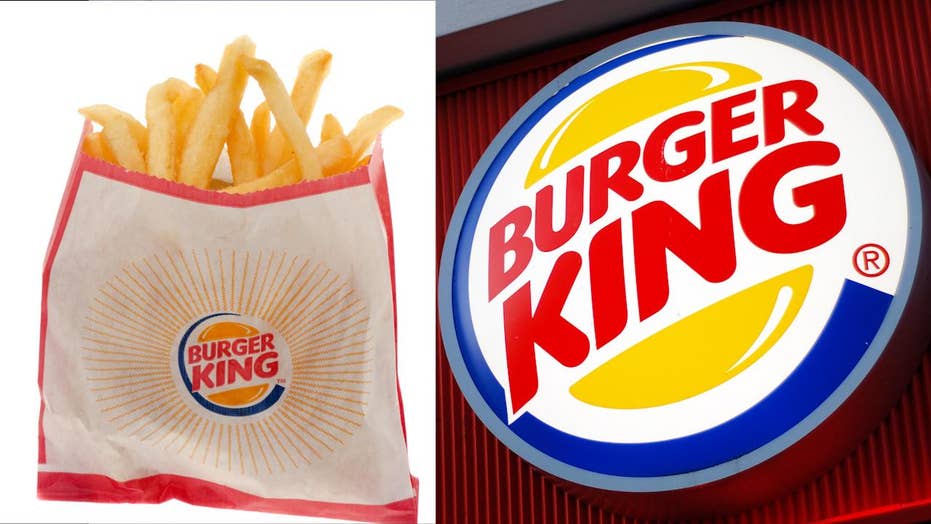 The Burger King and rival Ronald McDonald are cozying up in the royal fast food chain’s latest advertisement in Finland, which debuted last week.

The poster, which was featured throughout Finland, showed the mascots from both Burger King and McDonald’s kissing while in a tender embrace. The words underneath read “Love Conquers All.”

The campaign debuted just ahead of the country’s Pride festival, which was moved to September due to the coronavirus pandemic. Burger King is a sponsor of Helsinki Pride Week, Business Insider reported.

Though Ronald McDonald’s face is not shown, just the signature red hair, white face paint and yellow-and-red costume. It is not clear if McDonald’s was involved in the advertisement. A spokesperson did not immediately respond to Fox News’ request for comment.

The advertisement has the mascot from Burger King appearing to make-out with the McDonald's mascot, Ronald McDonald. (Photo by Evan Agostini/Getty Images)

"Burger King has always stood for equality, love and everyone's right to be just the way they are," Kaisa Kasila, Burger King Finland's brand manager, said in a release, Business Insider reported. "We thought, what better way to convey our values than by portraying an all-encompassing kiss between Burger King and McDonald?"

Burger King has targeted McDonald’s in the past, both in the states and internationally.

Most recently, in February, Burger King showed off a moldy Whopper to demonstrate its sandwich has “no artificial preservatives” on the heels of a story that broke allegedly showing a McDonald’s hamburger 20 years old that hadn’t decomposed.

While in 2019, a Burger King in Sweden rolled out a menu featuring “Not Big Macs.”

However, this ad strikes a much different tone than the aggressive marketing campaigns the King has used against its rival in the past – and many fans on Burger King’s Finland Facebook page appears to be in favor.

“Love so much…” another wrote.