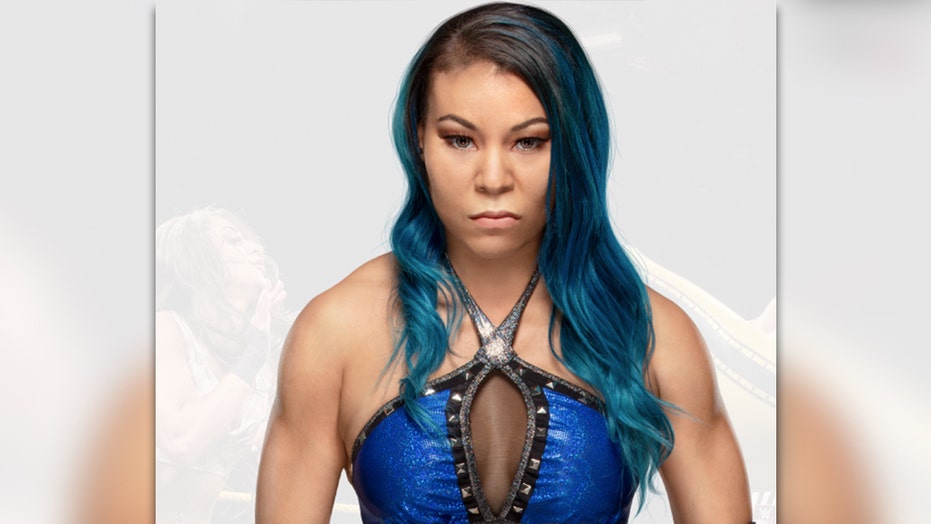 There was nothing fake about Mia Yim's horrendous injuries during her NXT ladder match with Io Shirai.

The pair left everything on the line during their match-up but it didn't come without consequence.

Yim was left being nursed by the paramedics after suffering a broken nose and suspected fractured ribs.

CAIN VELASQUEZ EXPLAINS CHALLENGES OF MOVING FROM UFC TO WWE

The first came when Yim was holding a ladder to her face when Shirai launched a drop kick in her direction.

The ladder smashed off her face and bust open her nose.

With blood streaming down her face the show continued but it was about to get worse for Yim.

As she climbed the top of the ladder, NXT UK Women's Champion Kay Lee Ray tipped it over leaving her sprawling.

She lands outside of the ring but crashes into another ladder which makes her wince in pain.

Yim was then carried off by medics where she was given further treatment backstage.

AN NXT injury report claimed: "Mia Yim suffered a nasal fracture during her Ladder Match loss to Io Shirai, after Shirai dropkicked the ladder into her face.

"That injury will be examined by a plastic surgery. Yim also suffered what were believed to be rib fractures due to the big fall she took at the end of the match.

"Camp claims she was sent to the Emergency Room for x-rays and based on current information, Yim's status is 'day to day'."

This article originally appeared in The Sun