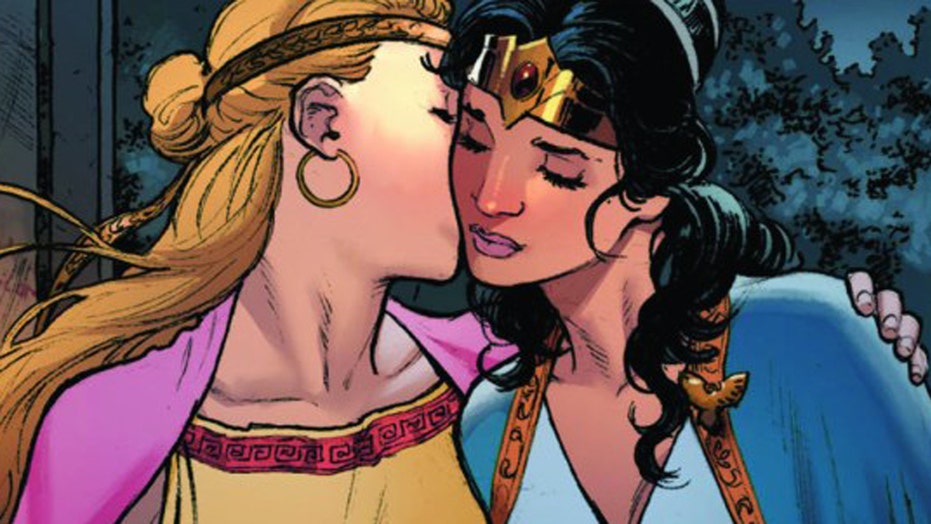 Writer of 'Wonder Woman' comic confirms that the iconic superhero is gay, comes from a 'queer culture'

The writer of the reborn "Wonder Woman" comics has revealed that the character is gay.

Greg Rucka tells Comicosity that since Wonder Woman comes from the fictional all-female island nation of Themyscira, she "has been in love and had relationships with other women."

Rucka isn't ruling out the potential for a romantic relationship with Steve Trevor, Wonder Woman's love interest in previous incarnations of the character.

Wonder Woman returned to the big screen this year in "Batman v. Superman." A standalone film starring Gal Gadot is set to hit theaters in June of next year.

Dan Gainor, Gainor, Vice President of business and culture for the Media Research Center, reacted to the Wonder Woman news.

"Comic books [going] further left-wing has become a recurring headline. Comics from The Archies to Wonder Woman are pushing liberal ideas of flexible gender and sexuality," he said. "This is just one more area that is no longer entertainment and has become propaganda."

Fox News' Blanche Johnson and The Associated Press contributed to this report.