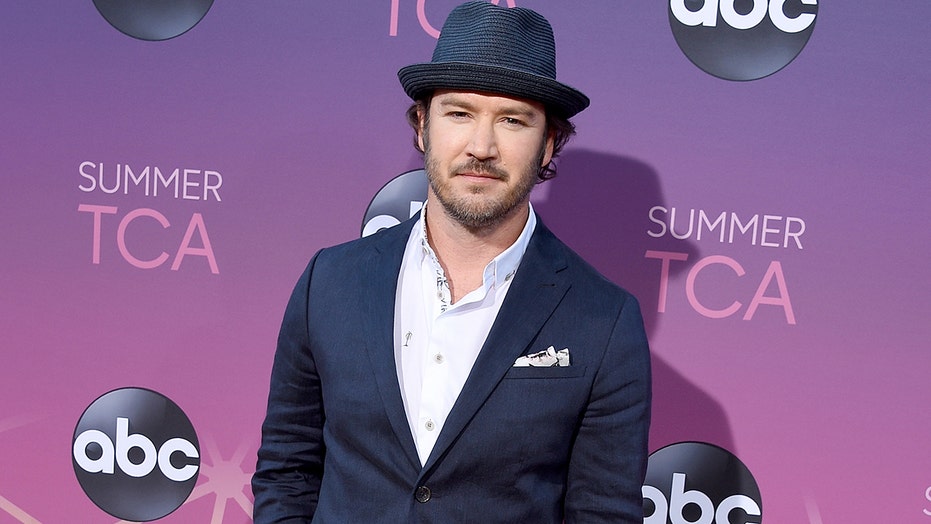 Gosselaar won't rule out 'Saved By the Bell' reboot

BEVERLY HILLS – Mark-Paul Gosselaar harbors many regrets from his life as a young and talented actor in unforgiving Hollywood and hopes his children take a slight deviation from the path he once walked.

Speaking to reporters during the ABC portion of the Television Critics Association summer press tour in Los Angeles on Monday, Gosselaar explained that he'd "like to see them finish school.

"If there's one regret that I have – there's many regrets – but if there's one regret from being on a show at such a young age, it's that I didn't get a further education other than high school and I'd love for my kids to do that,” the dad of four revealed.

The cast and producers of ABC's "mixed-ish" address the press at the ABC Summer TCA 2019 at The Beverly Hilton in Beverly Hills, Calif. (Group LA/ABC via Getty Images)

While promoting his new role in the upcoming ABC family sitcom “Mixed-ish," the 45-year-old star said his oldest son Michael, 15, and daughter Ava, 13, are incredibly adept at public speaking and are “very talented” onstage.

However, he also made it a point to mention that despite their aspirations of one day following in his footsteps, he encourages them to be their own individuals and find out what they truly love first before taking the plunge into acting.

“They have the talent,” Gosselaar said. “My daughter does a lot of theater and a lot of dance. They've talked about aspirations. I've just said, 'Hey look, you know you have school. There are other things you can do to quell those desires – go do those and then we'll talk afterward.

The “Pitch” performer also opened up about the ebbs and flows of parenting and said he “can’t remember” what he was like before having children.

“I have been a parent for 15 years, I think parenthood is a humbling experience,” Gosselaar said, adding that he oftentimes feels like he’s “failed” at his job of being a dad.

“I go to bed at night going, 'God, I gotta do better, I gotta do better,' and I'm probably doing a great job — as much as a parent can do,” Gosselaar joked. “But it is one of those things that you constantly strive to be a better person, a better parent. It gives me a lot of meaning and it gives me something to strive for. And seeing the world through their eyes, honestly, there's really nothing better.”

When asked about the greatest lesson he learned as a young actor, Gosselaar recalled developing a strong bond with a group of friends whom he leaned on and said he could always count on people to pull him back down to earth if he ever got full of himself.

"I have been a parent for 15 years, I think parenthood is a humbling experience."

“Probably during that time was the first time just remaining true to where I came from and making sure that I had somewhere to go back to,” said Gosselaar. “I mean, I had a core group of people that I stuck with through that time, and that was important for me because it grounded me during that experience.

“But still, I was on television, I was adored by 2,500 people at a mall once,” Gosselaar explained to reporters. “It was a big time. It was a good thing, but I still had people who said you know quote-unquote, 'you ain't s---.' And that's what I came back to — that kind of grounded me to be the person I am today.”

The “Franklin & Bash” actor said even though he felt he was undeserving at the time, landing the role as Det. John Clark Jr. on “NYPD Blue” helped him shed the persona he had developed from his time hanging at The Max on “Saved by the Bell.”

“I didn't think I deserved it at that point, especially to work on a Steven Bochco show. I thought it was absolutely crazy to hire two child stars to play back-to-back partners,” Gosselaar revealed of the role he starred in for 87 episodes from 2001 to 2005.

“Over time I kind of felt more comfortable in the skin, but it was it was a big step,” he added. “At the time, the Internet and people on message boards were saying that I was going to ruin the show and I believed them in a certain sense. And then, as the show and Dennis being sort of my mentor, as well as Steven Bochco, I grew into that skin and felt more confident and I really liked launching my young adult career.”

Mark Paul Gosselaar in publicity portrait for the television series ''Saved By The Bell: The College Years," Circa 1993. (NBC/Getty Images)

When asked where Zack Morris would be today, Gosselaar issued quite the revelation for how life turned out.

“We're still trying to figure that out. Actually, I've heard that there possibly might be a reboot in the works over at Universal, so there's always rumors,” said Gosselaar. “We hear these rumors, but they're talking about them. I'd love to know because we've been trying to crack that nut for a while.

“I haven't even thought about it," he added. “Maybe running a television network. I do think he’s successful. Probably a producer.”