WWE legend Ric Flair, 70, has been hospitalized, according to TMZ.

WWE legend Ric Flair has pulled out of a celebrity roast in his honor in the wake of his health struggles.

Flair, 70, will reportedly undergo surgery on Monday. "The Roast of Ric Flair" was set to take place at Caesar's Palace in Las Vegas on Friday, but Flair will be recovering from the undisclosed procedure in Atlanta and won't be able to make the trip, his rep said.

Celebrity pals, including rapper Offset, have reportedly called to check in on the wrestling icon, who is said to be in good spirits, TMZ reported Monday. 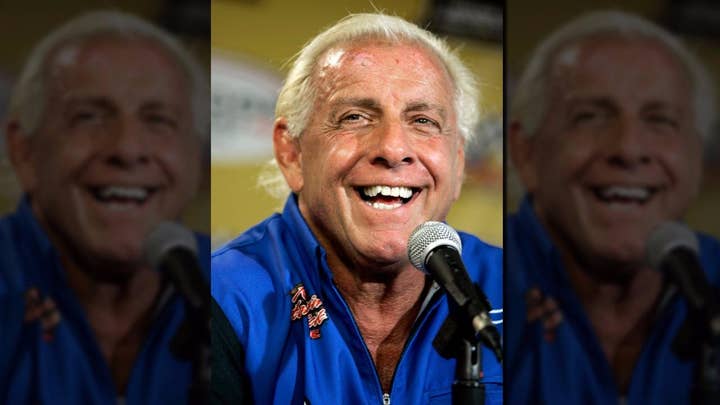 The Nature Boy was hospitalized Thursday morning in Atlanta for an undisclosed medical emergency, though reports conflicted over the seriousness of his condition.

Flair's wife told Fox News in a statement Thursday that Flair was expected to undergo the procedure last week and expects a full recovery.

Flair was hospitalized and underwent surgery in August 2017, though no further details were provided on what plagued him. He was given a 20 percent chance at survival at the time and beat the odds in a big way.

In a documentary released that November, Flair confessed that he struggled with depression after his son's death in 2013 and battled alcoholism, downing up to 15 drinks a day at his lowest point, throughout his wrestling career. Flair said he's since gotten sober.