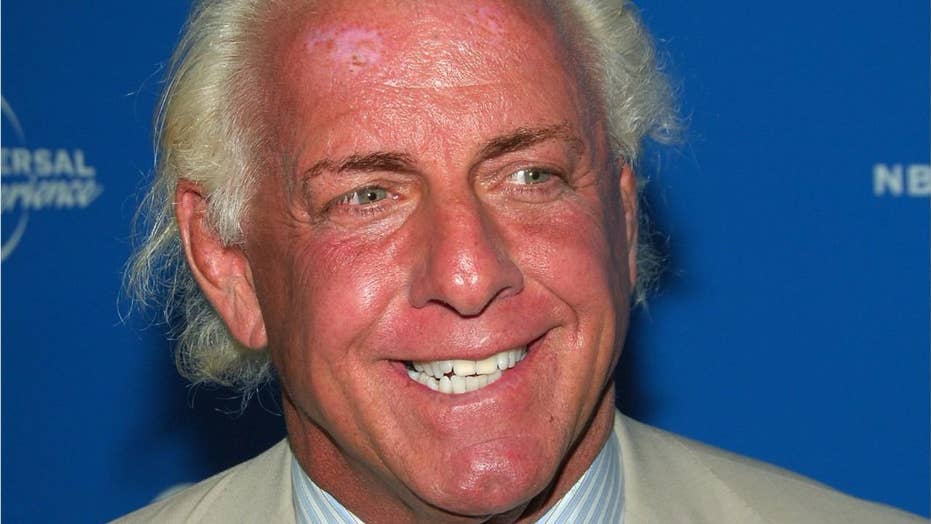 WWE legend Ric Flair, 70, has been hospitalized, according to TMZ.

TMZ reports that Flair, 70, was in Atlanta when he had an undisclosed medical emergency.

He was transported and treated in an emergency room.

While it's not clear what condition Flair suffered, a source told the site that it's "very serious."

Pro Wrestling Sheet reported that Flair has been suffering from a heart condition as of late and that his hospitalization was in relation to that.

However, pro wrestling podcaster Conrad Thompson told Fightful that the situation "is not as grave or serious" as reports have suggested and that Flair was undergoing a planned procedure.

Nature Boy previously had a series of medical scares in 2017.

He was hospitalized that August and underwent surgery, though no further details were provided on what plagued him. He was given a 20 percent chance at survival.

In a documentary released that November, Flair revealed he struggled with depression after his son's death in 2013 and battled alcoholism, downing up to 15 drinks a day at his lowest point, throughout his wrestling career.

An attorney for Flair and a rep for WWE did not immediately return Fox News' requests for comment.