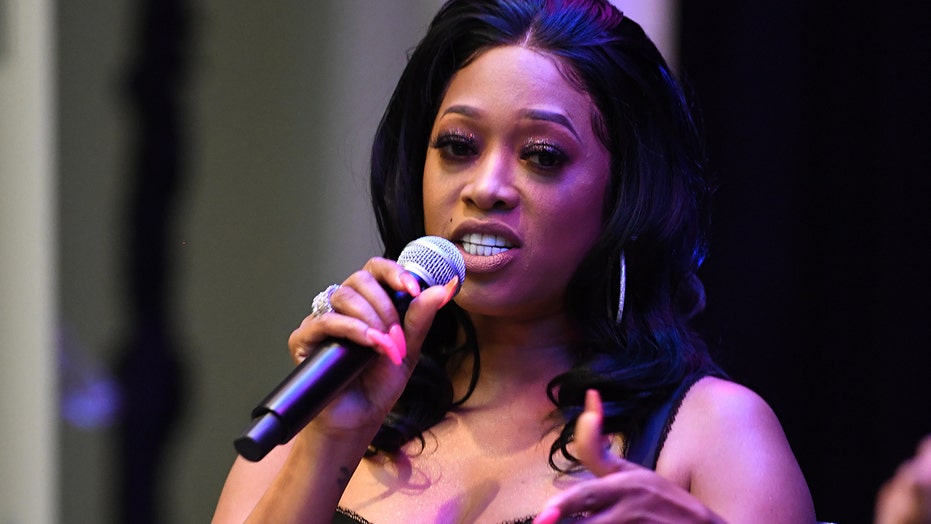 Rapper Trina has come under fire for comments she made on Wednesday regarding protesters following the death of George Floyd.

The Miami emcee – real name Katrina Taylor – made the remarks while speaking with fellow Miami rapper and radio host Trick Daddy about the civil unrest that has permeated the world and led to looting in various cities throughout the country.

Despite the looter population taking up just a smidge of the overall number of people protesting peacefully against police brutality and racial injustice, the “Love and Hip Hop: Miami” star didn’t hold back in her diatribe calling for Miami-Dade County to move up its 9 p.m. curfew.

“They need to make the curfew at 6 p.m.,” Trina, 45, said on her 99 Jamz morning radio program. “Keep everybody off the street – these animals off the streets – that are running around in Miami-Dade County acting like they have escaped from a zoo. Lock them up at 5 p.m. so the streets can be nice and clean, that’s how I feel.”

Trina went on the explain that looters and vandals have hit her friend’s shop in the area and that regardless of her friend having insurance, her pal still has a family and like millions, has been holed up for months and is ready to open back up.

However, his remarks fell on deaf ears and Trina pressed on: “It’s definitely personal ‘cause I feel like at the end of the day … she got insurance, but she’s also been locked down for 60 days also like us and she also don’t have money like me, so I don’t approve of it. Period. ‘Cause you know what, nobody’s burning down [Trick Daddy’s Miami restaurant] Sunday’s [Eatery], let’s be very clear. You have insurance.”

Trina persisted in her defense of her position, adding that the rage will not restore the lives of those lost at the hands of police and others.

“We can’t bring back nobody lives that has been taken away, whether it’s from the police or the hands of another civilian,” she continued. “We cannot bring them back. You cannot pump life back into them at all. I can’t bring back my little brother’s life – his life was taken by the hands of a man, a black man.”

She further lamented that she believes many individuals are merely opportunists looking to take advantage of the outrage surrounding George Floyd’s death and “are not even caring” about the message being presented.

Following her remarks, one person tweeted: "The funniest part about that Trina clip is her complaining about her friend’s store being looted, and saying 'she doesn’t have money like I do' lmao. Well b----h, give her some of yours then..."

"Trina has got to go! She’s not intelligent enough to have these types of conversations. It’s crazy cuz Trick was trying to save her; this was terrible the whole way though. Smh, sorry it had to be you girl but you are canceled," said another individual.

After the Internet called for Trina to be canceled, 99 Jamz issued a statement that the station is “listening and we hear you. Trina will be addressing her comments tomorrow at 6 a.m. on the Trick & Trina Morning Show.”

ICE CUBE REACTS TO DEATH OF GEORGE FLOYD: ‘HOW LONG ... BEFORE WE STRIKE BACK?'

In a since-deleted tweet, Trina responded to the barrage of backlash and dug her heels in and reiterated her stance.

“Don’t come on my page with y’all bulls--t!!! Bcuz I got time today!!! Some of y’all are plain f--kN ignorant and nothing nobody do will help period. I’m at work and I’m muthaf--kn ready,” she wrote. “The problem is with some of y’all don’t wanna hear the truth.”

“Well y’all can be mad!” she maintained. “Y’all should put that anger and frustration into doing something better. Instead of talking s--- about people. This isn’t about me. I’ve done and I’m doing my part so leave me tf alone. What are u doing. Yea. What are u doing. My point exactly.”