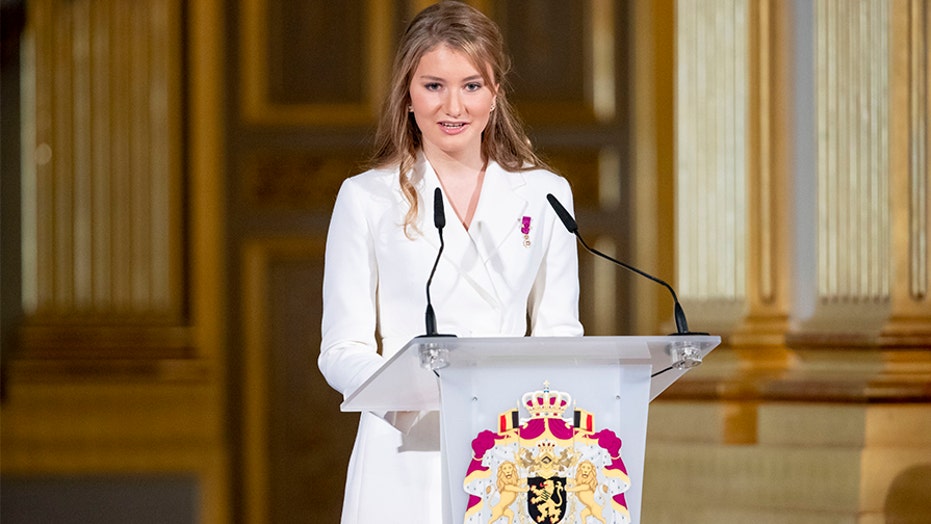 Princess Elisabeth, the heir to the Belgian throne, is preparing to become queen.

The 18-year-old is entering the Royal Military School in central Brussels for a one-year course in social and military sciences, the Belgian Royal Palace announced on Wednesday. The royal is following in the footsteps of her father, King Philippe, who also attended the military university from 1978 until 1981.

“She joins a long tradition within the royal family,” the statement said.

Elisabeth is set to graduate from the United World College of the Atlantic in Wales at the end of the month.

Princess Elisabeth of Belgium during the 18th birthday celebration of the Crown Princess in the Royal Palace on October 25, 2019, in Brussels, Belgium. (Photo by Patrick van Katwijk/Getty Images)

According to People magazine, the Royal Military Academy trains officers in the four components of Belgian defense: Army, Air Force, Navy and Medical. Only about 150 students are admitted each year only after passing exams including math, as well as the French and Dutch languages. Physical tests and psychological evaluations are also required.

When she’s not completing royal duties, Elisabeth plays tennis, skis, practices scuba diving and practices trekking, an activity that aims to bring people in contact with nature, the site revealed. In addition, she volunteers to help children with learning difficulties, the elderly, the homeless and the handicap.

“She has been following piano lessons for a few years now,” shared the site. “Her musical tastes encompass various types of music. She likes cooking, and is always looking for new recipes. Friendship is very important to her. She spends a lot of time with her friends. Reading remains a pleasure for her as it is an important source of discovery and inspiration.”

Elisabeth’s 18th birthday in October was a crucial date for the entire country, People magazine reported. She is now old enough to rule without the help of a regent. If her parents King Philippe and Queen Mathilde were to suddenly pass away or step down, she can officially become the reigning monarch.

“These 18 years have been filled with many rewarding moments that have made me the person I am today,” said the royal in a speech, as reported by People.

“[It is] a step that I take with great optimism,” she continued. “I realize that I still have a lot to learn. I will also focus on that in the coming years: trying to understand the world better – and helping to improve it, by giving the best of myself. The country can count on me.”