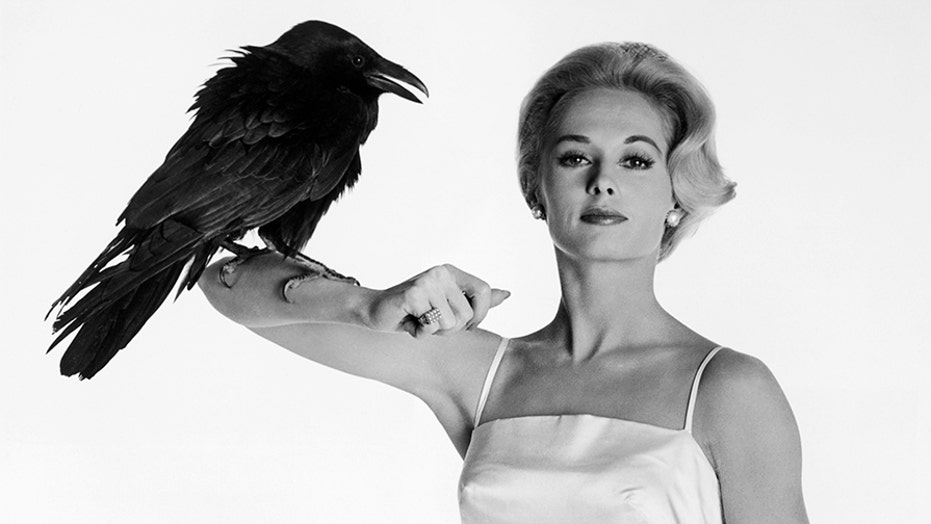 Tippi Hedren is making sure she is closely connected to her daughter Melanie Griffith and other loved ones while practicing social distancing.

“I am in constant communication with my daughter and granddaughter via phone,” the actress told Fox News. “Unfortunately, we don’t have much, if any, Internet access since the fires out here, and I am not able to use any of the technological conveniences to communicate via the Internet. In addition, I am unable, of course, to follow or respond to fans on any of my social media platforms.”

But the former Alfred Hitchcock muse, who famously starred in 1963’s “The Birds,” is enjoying her time in isolation from the comfort of home.

CAMILLA, DUCHESS OF CORNWALL SAYS SHE STARTS HER DAY WITH BALLET LESSONS DURING QUARANTINE

“My only routine is no routine at all,” explained the 90-year-old. “I wake up every morning with Johnny Depp next to me -- my cat, should that need explaining. His predecessors were Marlon Brando, Robert Taylor and Sean Connery. After that, I read or watch TV, but not a lot of news. I’m re-watching my favorite show, ‘The Bold and the Beautiful,’ that I had previously taped and the History or Animal channels.”

“I really haven’t changed my diet and at 90, a brief walk around the house and outside in my backyard seems sufficient,” she added.

Hedren said she has also been re-reading her 2017 memoir, titled “Tippi,” and revisiting her memories in Hollywood, realizing how many additional people and stories she would have liked to have included.

Tippi Hedren is staying safe during the coronavirus pandemic. (Photo by Greg Doherty/Getty Images for WAV)

The star shared she is determined to keep a positive outlook amid the devastating coronavirus pandemic. In 1983, she founded the Roar Foundation, a nonprofit organization that supports the Shambala Preserve.

According to Shambala’s website, the big cats were previously confiscated by authorities, such as California Fish and Game, the U.S. Department of Agriculture, the Society for the Prevention of Cruelty to Animals (SPCA) and the Humane Society of the U.S., from roadside zoos and also private citizens. The animals are then provided proper nutritional, medical and emotional care as they live out “their lives with care, understanding and dignity.”

Hedren said her passion for helping exotic felines in need has kept her going, especially during tough times.

“I simply look out my windows at the beauty of the Shambala Preserve,” she said. “There is nothing quite as beautiful as the view from my dining room window of Mona -- a magnificent Bengal tiger -- walking across her compound.”

“We are unable to hold our regular tours here at the preserve,” Hedren explained. “This has caused a strain on us financially, as all these beautiful residents here must still eat and be cared for. I know how hard things are for everyone right now, but [we] would deeply appreciate any support.”

“We were accepting these animals to do the movie, and in doing so, I became very much involved with the issue of these animals being sold as pets,” Hedren said at the time. “I thought, ‘Why doesn’t our country have laws against it?’ It’s a huge business, similar to the selling of illegal drugs. Isn’t that amazing? I put a bill together and took it to my congressman. He said, ‘Tippi, this isn’t going to work. It’s too big of a business.’ I said, ‘Well, it has to. Somebody has to do something about this.’ He finally said, ‘OK, we can try, but this isn’t going to fly.’"

Tippi Hedren with Mona and Zoe. (Photo by Bill Dow, Courtesy of Shambala.org)

“I went out full-blast and made a lot of noise about this issue,” she continued. “I went to Washington with the bill and talked to various congressmen and senators. So many of them said, ‘It’s not going to work because it’s a huge business.’ I kept after it, testified many times at different committee meetings, and it passed. The bill passed unanimously in the House and Senate."

"The bill was put into place in 2003, I believe," she added. "It’s titled Big Cats and Public Safety Protection Act. It took a long time before we started seeing the results of the bill, but it’s still working. I’m thrilled about it because these animals are not pets.”