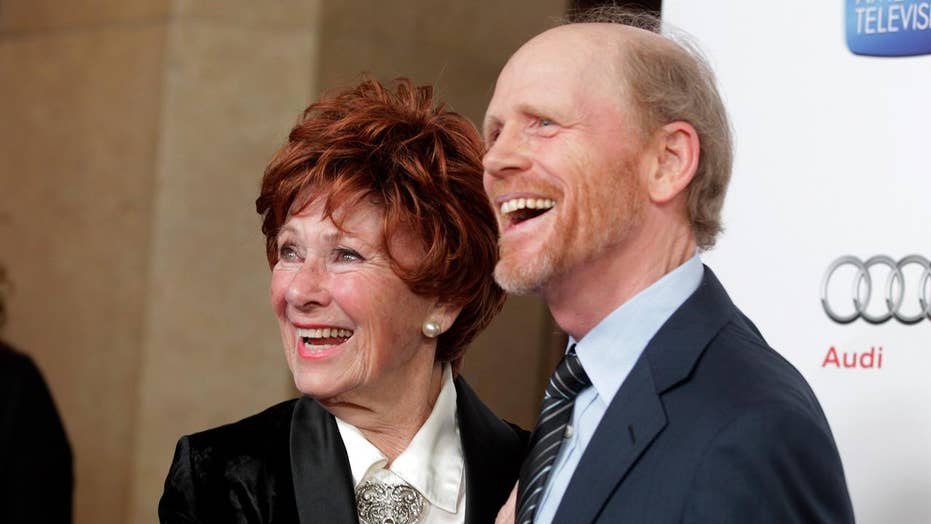 In her new memoir, 'Happy Days' star Marion Ross credits the show's lasting success to the close-knit cast. Saying that softball kept the cast together over the years.

One of America’s most beloved TV moms is receiving plenty of support during these tough times.

Marion Ross, who starred as Marion Cunningham on “Happy Days,” told Fox News her family has been making sure she’s safe and sound while social distancing amid the coronavirus pandemic.

“My family is so devoted to my well being,” the actress said. “My son brings me a green drink everyday with kale, broccoli and protein powder. My daughter and son also bring me groceries and make sure I have everything I need.”

Ross, 91, revealed her quarantine routine is super simple — and she wouldn’t have it any other way.

“I’m just staying in and staying out of trouble,” she explained. “It is a wonderful excuse to step away from all the business. I walk around my property and look at spring coming to life! I have always been a positive person. I keep informed about what we need to do, but I try not to watch too much news.”

Ross encourages fans to use their time indoors to thrive on extra time with family, even when they’re not physically there.

“It is such a wonderful time to bond and connect with family even if we are not together,” Ross said. “I also have been calling friends to see how they are and have a little chat.”

As for any motherly advice? Ross had one special message to share.

“We will get through this, children,” she said. “Just be good and stay home!”

COVID-19, the disease that has caused the coronavirus pandemic, is a respiratory illness that has symptoms that can include fatigue, a persistent cough and fevers.

The outbreak has infected over 2.5 million people and killed about 180,000 around the world, including more than 45,000 in the U.S., according to a tally compiled by Johns Hopkins University from official government figures, though the true numbers are believed to be far higher.

Back in 2018, Ross told Fox News she never forgot her early beginnings in Hollywood and being discovered by Paramount Studios after she ran off and eloped in her final year of college at San Diego State.

“I felt terribly special,” the rural Minnesota native said about embarking on her film career. “My mother somehow made me feel that I was special. It was a mixed feeling. You think you’re special and then you think you’re nothing all at the same time. So coming to Hollywood? I don’t know.

"I was incredibly shy and well mannered. And a lot of the girls around me were pretty swift. [But] Ginger Rogers was absolutely wonderful and made me feel so at home with her. She even gave me a beautiful bouquet of flowers.”

Ross has kept busy working over the years as an actress, but now says, “I really am retired.” Still, she keeps a close friendship with her “Happy Days” family and wouldn’t have it any other way.

“We took our time [on ‘Happy Days’] very, very seriously,” she said. “It bonded us. We became so close… We were children at play.”