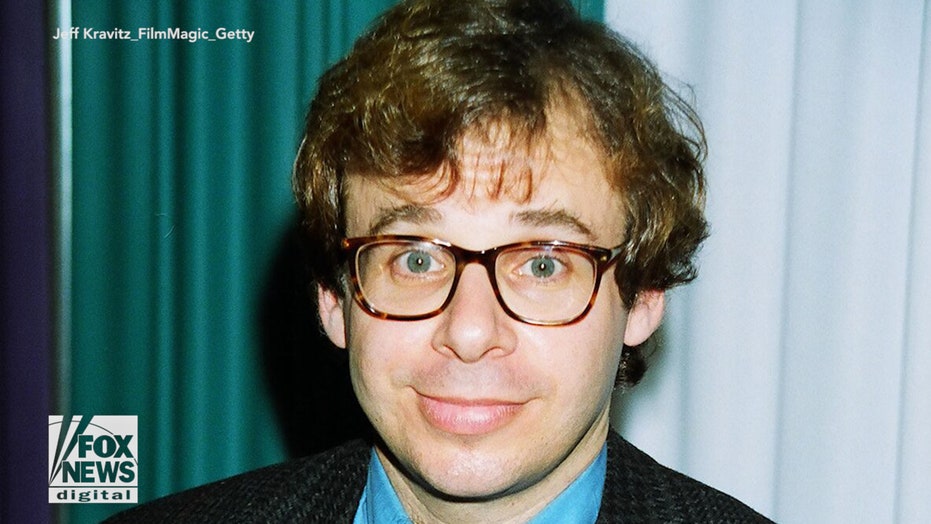 “Honey, I Shrunk the Kids” star Rick Moranis makes rare appearance on Disney's “Prop Culture.” Host Dan Lanigan revealed to Fox News what it was like meeting the actor.

Dan Lanigan has dedicated his life to recovering lost artifacts for some of Hollywood’s most important films -- and this time, he’s turning his sights on Disney.

The collector is the host, creator and executive producer of a new series on Disney+ titled “Prop Culture,” which highlights the stories behind iconic objects from the Walt Disney Archives, along with the artists and craftspeople who brought them to life. In an upcoming episode, he sat down with Rick Moranis of “Honey, I Shrunk the Kids” fame who stepped away from the spotlight in 1997.

The actor, who was hugely popular after multiple box office successes, such as “Ghostbusters,” “Little Shop of Horrors,” “Spaceballs” and “The Flintstones” in the ‘80s and ‘90s, retreated from Hollywood after suffering a personal tragedy.

The 67-year-old’s wife, costume designer Ann Belsky, died in 1991 from breast cancer, prompting him to reshift his priorities as a single father of two children.

Rick Moranis attends the opening night of 'In &amp; Of Itself' at the Daryl Roth Theatre on April 12, 2017, in New York City. (Photo by Walter McBride/WireImage)

Lanigan spoke to Fox News about what viewers can expect from “Prop Culture,” meeting Moranis, how Kathleen Turner really feels about Jessica Rabbit and his favorite prop to encounter.

Fox News: What can audiences expect from a show like Disney's “Prop Culture”?
Dan Lanigan: Well, the show is about a journey to find important props from some of Disney's biggest films. But it's really an emotional journey, both for me and the people that I meet with because these artifacts that we do find and show and profile are important to people. And they're important to people, not just the fans, but the people that worked on the films.

It's about bringing light to the art of movies, the art behind the scenes, and the artists, really the people that worked on the films. Not just the directors and actors, which we do talk to, but the technicians, the artists, the sculptors, the painters, the puppeteers, the engineers. All of those people.

Fox News: Rick Moranis made a very rare on-camera appearance for the “Honey, I Shrunk the Kids” episode. What surprised you the most about him?
Lanigan: We invited Rick to be on the show and he accepted. It was a huge moment for me. I'm a huge fan of his work, all the way back to his "SCTV" days and "Strange Brew," which was one of my favorite films. So I geeked out about that with him on set.

But he's just a nice guy. He retired from acting. He didn't want to do it anymore. I give him a lot of credit for doing that. A lot of people want to stay in the limelight, but he was not concerned with that. But man, the guy's still got his chops. Still very funny.

Fox News: How did Kathleen Turner feel about bringing Jessica Rabbit to life?
Lanigan: She seemed to relish the opportunity to bring Jessica Rabbit to life. She is very proud of the work that she did and the work that everybody did for that film, but she feels it is a masterpiece, which I agree with her on. And she added a lot to the character, both in the vocal embodiment of the character, as well as ideas to have created the character, working with Robert Zemeckis and the animators. Yeah, she was awesome to sit with.

Fox News: What was it like meeting Christopher Lloyd?
Lanigan: Christopher Lloyd was a lot of fun. He's just a nice guy. He's just a really nice guy. And I will tell you when he saw his costume from "Who Framed Roger Rabbit," his Judge Doom costume, you could see him change. He kind of became Doom, and it was like a light switch. It was out of his control. He wanted to be Doom at that moment. It was awesome.

Fox News: In the “Mary Poppins" episode, some of the cast members became emotional revisiting this classic.
Lanigan: When you sit down with people that worked on a film that became such a big thing, this is very important to them at the time. ... That movie's all about singing and dancing. And you've got an emotional connection to an important part of their lives.

So by bringing a piece back to them, like Karen Dotrice and the jacket that she wore, it brings them back to the feelings they had at the time. And it can be very powerful, both as a fan being there present, as well as the person seeing the piece. It's pretty special. It's really pretty special. I'm very fortunate.

Fox News: What was your favorite prop to see for the first time in person, bringing this show to life, and why?
Lanigan: It is a tough one. I would say probably it's a piece that was not seen on screen, but it's Charlie Fleischer, who played Roger Rabbit in "Who Framed Roger Rabbit." He did the voice for Roger Rabbit, as well as three other characters. He wore a rabbit costume on set so that he could act off-camera with the people that were on camera, with Christopher Lloyd and Bob Hoskins. And he still has his rabbit ears from that costume.

And to see that old kind of dirty rabbit ears that I remember seeing behind-the-scenes photos of him wearing on set meant a lot to me. It was this thing that most people would have just thrown away, but Charlie kept it, and it's part of that magic of who Roger was.

Fox News: Are there any other fun facts about the films explored in this show that you really love that would surprise fans today?
Lanigan: There is one concerning "Nightmare Before Christmas." Rick Heinrichs helped Tim Burton develop "The Nightmare Before Christmas" when they were trying to create it for ABC Studios as a 30-minute short. Rick did some sculptures based on Tim Burton's drawings. And I had heard that, but Rick still had his sculpture, his maquette of Jack Skellington, and he showed it to me.

And to see that the character is exactly the same way now as the resolve into the movie "The Nightmare Before Christmas" that it was years and years and years before when they were just pitching it as a simple idea to ABC Studios. And that it didn't change in design blew me away.

It just blew me away, because there are always changes to characters in this animation world. And to see that it locked in so tight right away and that ultimately came out on the big screen and is now one of the Disney princes, of sorts, Jack Skellington. It was pretty cool.

Fox News: If you look at Hollywood’s story, many props found in cinematic masterpieces end up getting lost or destroyed. Why?
Lanigan: They do, although nowadays it is less common. But the reason these film companies make these movies is to make the movie, not to make the art. The art, the props, the wardrobe, the costumes, they're a byproduct of that. And at the time, they didn't think it was important. It would take money and time to archive and store that stuff.

So to realize that these artifacts have a magic to them, almost as much magic as the movies themselves, because of the movie. People realize now that it's important, and people are taking care of it and keeping it. But trying to find this stuff is a little more difficult, certainly from the older films.

Fox News: Do you believe Hollywood is doing a better job in protecting its history, or is there more work that needs to be done?
Lanigan: I think Hollywood is doing a much better job. Sure, they can always do a better job, but realistically, there are so many movies that are made. There's so much material that's made. With the museum that's happening with the Academy, that's going to be a great place for people to go visit stuff.

And then these studios have all their own archives, and they're keeping stuff now. They're aware that this stuff is important, and that's good. That's very good. It makes it tougher for me as a collector, but that's OK because at least I know that the stuff is being preserved.

Robert Zemeckis poses with Roger Rabbit in publicity portrait for the film 'Who Framed Roger Rabbit', circa 1988 (Photo by Buena Vista/Getty Images)