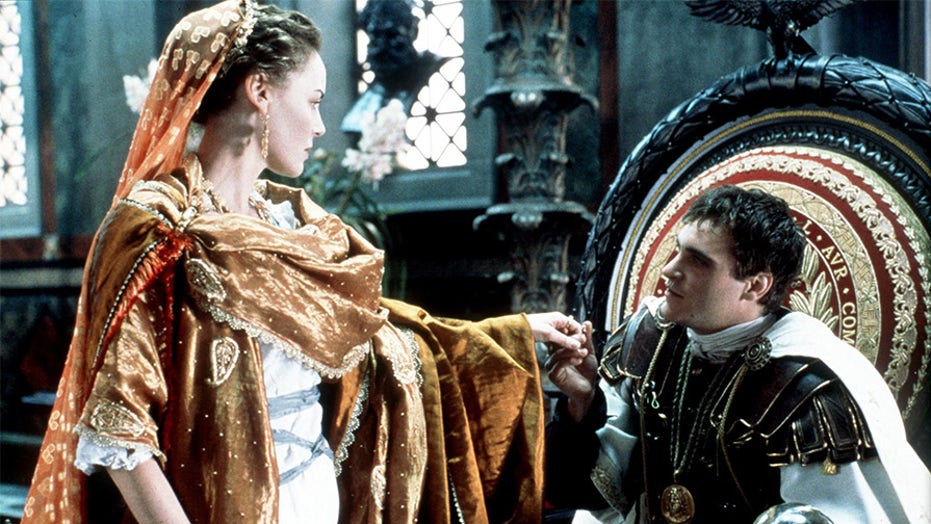 Connie Nielsen couldn’t have imagined that she would be in quarantine like the character of her latest film.

The Danish actress is starring in “Sea Fever,” where out in the deep Atlantic, an unfathomable life form ensnares a boat out at sea. When members of the crew suddenly succumb to a strange infection, the remaining survivors must somehow band together while trying to isolate themselves before everyone is lost.

Nielsen, 54, is currently staying safe amid the real-life coronavirus pandemic. And she insists that there are lessons to be learned from the film that viewers can identify with as we navigate each day while practicing social distancing.

The star spoke to Fox News about her time on the set of 2000’s “Gladiator,” where she played Lucilla opposite Russell Crowe and Joaquin Phoenix, as well as filming “Sea Fever,” which is currently available on-demand.

Fox News: Many people still remember you from your time on “Gladiator.” What’s one of your favorite memories bringing that film to life?
Connie Nielsen: You know, I got to play with some of the biggest names of movie history in that film. We all got to hang around with each other and then work, but we also had fun.

I remember when we were shooting the scene where our father has died or he's been killed -- he’s been murdered. And I suspect my brother, but I'm scared. I'm heartbroken that my father is dead and we have this scene where we're standing around his dead body.

Connie Nielsen shared her favorite memory from the set of 'Gladiator.' (Getty Images)

But every time that the director, Ridley, yelled "Cut!" Richard Harris would sit right up and continue his story from where he had left off in the break before that. And it was a story about him and Peter O' Toole on tour when they were young. We were supposed to be crying. And I was actually scared that I wouldn’t be able to cry because we were so busy laughing. But it was actually easy to go from laughing to crying, as it was to just stay sad.

That was a big lesson for me at the time as an actor. You don't have to stay inside of the sadness when you're doing a crying scene. You have to be emotionally vibrant and alive. And listening to Richard tell that story really made us do that. And he was just such an incredible guy. He was such a larger in life figure, both as an actor and in real life.

Fox News: Do you think roles are getting better for older women in Hollywood, or do we still have a lot of work to do in that area?
Nielsen: I say this all the time: There are women doing incredible things in the world. Women in politics, women who are the leaders of the Justice Department, or the police departments of their cities, of their states. We have women fighting against corruption, we have women doing unbelievable things.

And until we actually see those stories in film, with the true gravitas and the true humanity that these women operate with, we are still being cheated as audiences and as people who are growing and developing and sending new generations of women out there. Because we still haven't been able to fully realize the true picture of how incredible women are.

Fox News: How does it feel to star in a film like “Sea Fever” where your character has to stand up and fight against the unknown, especially during this time?
Nielsen: Of course we had no clue it was going to happen in real life *laughs*. We were referring to outbreaks like Ebola and Marburg, where nature has a way of putting us in our place, reminding us that we are not all-powerful and we’re not the masters of the universe. We have to be much more in tune with how we interact with nature, how we position ourselves to nature and each other during an outbreak.

Fox News: In the film’s trailer, your character is urging the crew to quarantine. How did filming “Sea Fever” prepare you to handle the challenges that you’re facing today?
Nielsen: In the film, we had to isolate ourselves on such a small ship. We didn’t know exactly where this monster, so to speak, was hiding within the ship. We also knew that the people who had met with the monster prior had, in fact, killed themselves. So it’s very different from what we have here.

But what I do see a lot of similarities right now is, some people, just like in our film, aren’t taking things seriously. And by not taking it seriously, they're risking everybody's lives. It's as if people are finding a reason to make it about themselves, or whatever their pet peeve is, instead of just remembering that we are all in this together and we're all human.

That’s one thing that we did so well, I think, in the film -- to show that the group has to survive together, even as they isolate themselves, even as they quarantine themselves. And nobody has the right to play God and to pretend that they know exactly what to do, who should live, who should die. We all have to try to work together and that is what the crew decides to do in each their own way in the film.