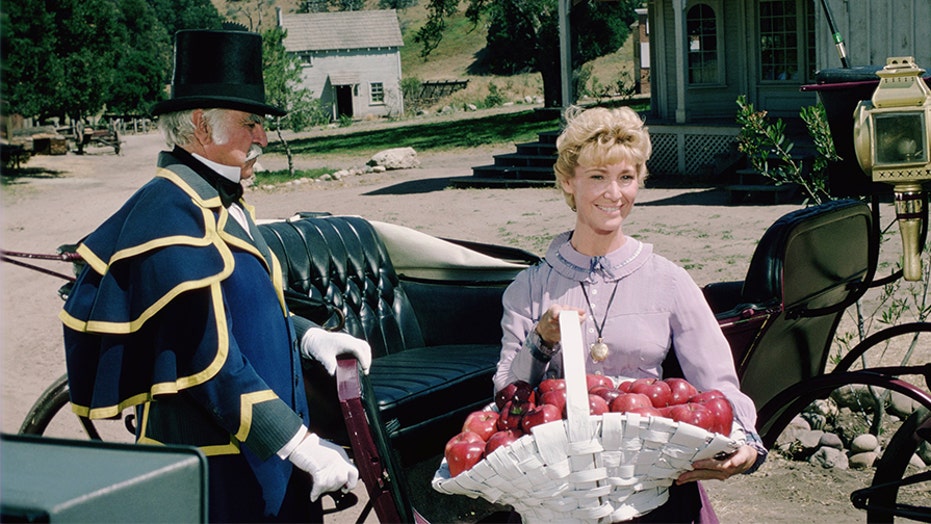 Charlotte Stewart has found the perfect way to keep busy while in quarantine.

“I stay in bed until my husband and I finish the San Francisco Chronicle crossword puzzle,” the “Little House on the Prairie” star told Fox News.

The actress also shared that once they’re all done, she heads to her studio and designs colorful “Beadle Bags” -- named after her character Miss Beadle -- for fans.

Stewart also credited one routine that has uplifted her spirits during the devastating coronavirus pandemic.

“[My loved ones and I] meet every Sunday on Facebook Live,” said Stewart.

There is one special message Stewart has for fans in need of comforting words.

“Be kind, be safe and say thank you to all the workers whose paths [you cross],” she said.

Back in 2017, the star told Fox News that after her time as a schoolteacher came to an end on “Little House,” she found herself addicted to drugs and alcohol, as well as facing homelessness.

The series, which chronicled the adventures of the Ingalls family in the 19th century American Midwest, aired from 1974 until 1983.

Actress Charlotte Stewart attends the screening of 'Human Highway' at The Paramount Theater on March 19, 2015, in Austin, Texas. (Photo by Michael Buckner/Getty Images for SXSW)

“Everybody was doing drugs,” Stewart said at the time. “You’ll just go to a party and somebody will go, ‘Hey, you want a sniff?’ I thought at the time it was just what everybody else did… My business manager had been doing drugs... The next thing I knew, my money was gone. He put it all up his nose. My mortgage had not been paid. I lost my house… I had money and then I didn’t. I’m just really lucky to be alive.”

Stewart said it was her niece who prompted that journey to sobriety.

“She told me what a mess I was in a letter,” she explained. “It broke my heart and woke me up at the same time… I entered a recovery program that really turned my head around. I’m still going to meetings and I’m very grateful.”

By 1984, she sought help and slowly began rebuilding her life again, including accepting a role in the 1990s series “Twin Peaks.”

Before the pandemic, Stewart would go on tour with the “Little House” cast across the country to meet devoted fans. She credited Alison Arngrim with encouraging Stewart to publish a memoir titled “Little House in the Hollywood Hills.” It detailed her encounters with Doors frontman Jim Morrison, Elvis Presley and Bill Murray among others.

“Let’s face it, I have to stay busy,” she added. “I love to read, but I can’t spend my days reading or shopping. I work every day and prefer it that way.”