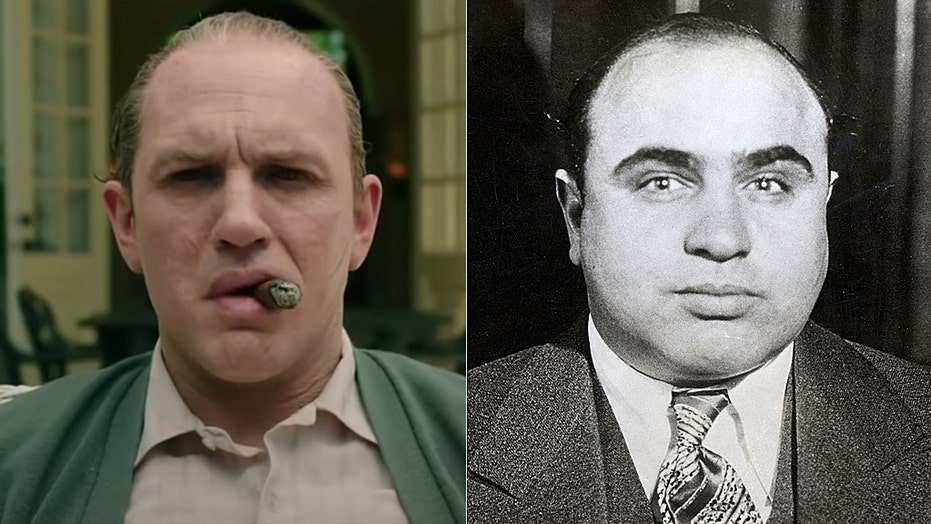 Deirdre Marie Capone, the grandniece of “America’s most notorious gangster,” is hopeful about the new biopic chronicling his final years.

“I have a great deal of respect and admiration of Tom Hardy’s acting abilities,” Capone told Fox News of the British actor. “The trailer was very short but I really hope that the script will depict my uncle as the way he really was after he got released from prison. … I hope they show the businessman that my uncle was -- a very successful businessman. He employed hundreds of people who ran many different enterprises.”

Capone said she was not involved with the movie nor contacted by anyone attached to the film. In 2010, she published a memoir titled “Uncle Al Capone: The Untold Story from Inside His Family,” which details the family’s roots in Angri, Italy, her childhood, as well as what her life today. She is also working on her own film project.

Deirdre Marie Capone, the last living relative of Al Capone to carry his name, holds a copy of the book she wrote about her uncle as she visits his former home during a tour of the historic house on March 18, 2015, in Miami Beach, Fla.  (Photo by Joe Raedle/Getty Images)

Capone’s grandfather was Ralph Capone, who was Al’s brother. According to her official website, the patriarch took his life when she was 10 years old.

The grandmother said she still has vivid memories of Al, who passed away in 1947 at age 48 from cardiac arrest. Capone said she previously kept her last name a secret after she was fired from her job as a secretary for an insurance company at age 17 in 1957.

“I have two [favorite memories],” Capone said. “The first is when I was very young, I was with my mother and father in Miami. Al had this gigantic pool and my father threw me to him. He caught me and lifted me up, but my head did go underwater for an instant. His pool was a natural saltwater pool and I had never tasted saltwater before. When he looked at the expression on my face he could not stop laughing.”

“The second is in the winter when he was in Chicago he loved playing Santa Claus to all of us children of his family and employees,” Capone added.

She also shared that her granduncle taught her to “swim, ride a bike and play the mandolin.”

“We cooked together and sang together,” she previously recalled. “He taught me an Italian lullaby that I sang each night to [my] four children. Also, he had the habit of when he saw me for the first time in a while he would put a $20 bill in my hand.”

In the trailer released by Trank, Hardy, 42, was almost unrecognizable as the aging and sickly crime boss under layers of heavy makeup and hair effects. The film also features Matt Dillon, Kyle McLachlan and Linda Cardellini.

Trank, who shared the trailer on Twitter, revealed the movie will premiere on May 12.

With theaters closed due to the coronavirus pandemic, the film will release on VOD with a 48-hour rental, Variety reported. According to the outlet, plans are still in development for a summer theatrical release once movie theaters are back open.

KENNY ROGERS’ SISTER SHARES MEMORIES OF LATE COUNTRY SINGER IN DOC: ‘I DON’T WANT ANYBODY TO FORGET HIM’

Capone ruled the Chicago mob during the Prohibition era before he was prosecuted for tax evasion and imprisoned in 1932. During his time at Alcatraz, Capone became ill from an old syphilis condition, Time magazine reported. Once he was released in 1939, Capone led a quiet life in Florida until his death.

The outlet also noted some fans have seen glimpses of Hardy’s transformation while filming in Louisiana. Hardy, who is usually toned, was spotted with a receding hairline and a gut to portray the real-life villain. His tattoos were also covered for the production.