Expect Jeff Bezos and Lauren Sanchez to make their first official public appearance as a couple later this month.

Sanchez — who was recently overheard at high-profile spot Nello complaining about how she wants to keep a low profile — is ­“obsessed with the fact that she has become famous,” a source told Page Six.

“She is putting a lot of pressure on Bezos for them to be seen in public,” said the source. “She feels that she has sacrificed the last couple of months by being low-key with him. She wants to be by his side when he attends big events. He is not going to be able to go solo much longer.”

The day before, the billionaire and Sanchez were spotted in a less swanky setting — grabbing pizza, burgers and Cokes at the West Village haunt Emily.

We hear Sanchez didn’t accompany Bezos to the Met Gala as he was a guest of Jared Leto at Gucci’s table. Sanchez’s name was not on the guest list at all, we hear.

An onlooker at the event told us, “Jeff had fun, but seems very socially awkward.”

Another source confirmed that the couple will likely be more public, explaining they’re now free to be seen together. 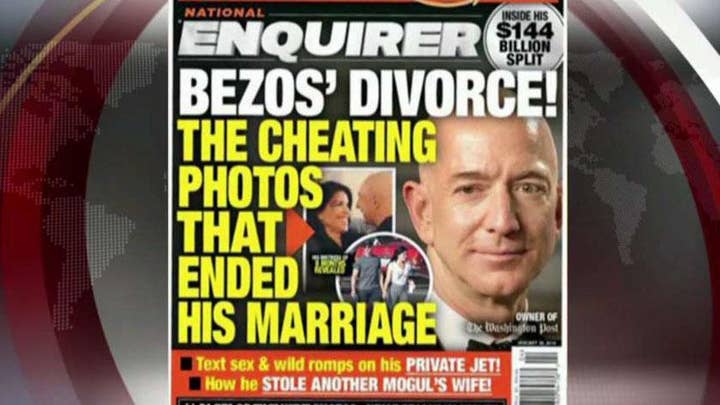 The source said, “They’re calling the shots, and they’re now free to live their lives together. No one has control over them. They survived the insanity of the toxic forces around them who were trying to break them up.”

The source added that the couple is planning their first public outing soon.

They spent time apart after the news of their secret relationship broke in January, and an investigation was launched into how racy texts between them were leaked to the National ­Enquirer.

In February, a source said Bezos “really wants to show Lauren off in front of the world.”