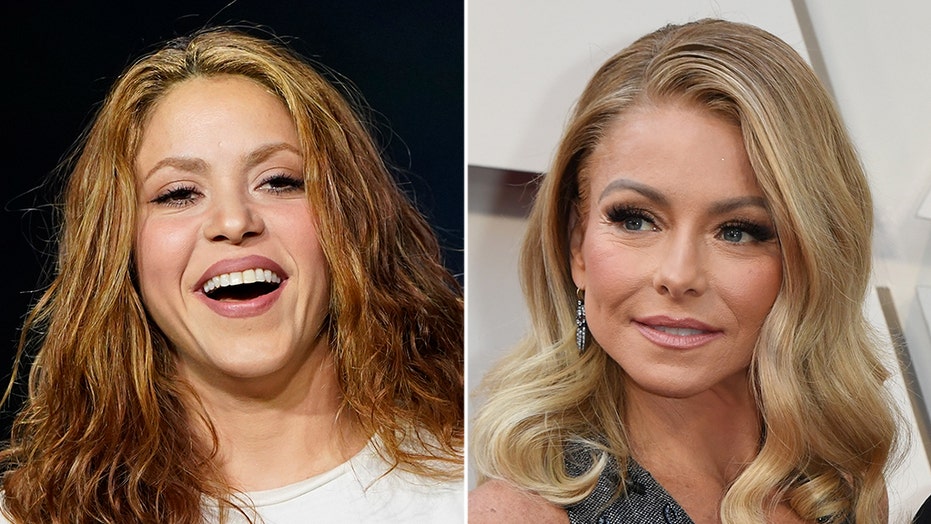 Kelly Ripa is showing off some very impressive dance moves.

The 49-year-old TV personality took to Instagram on Wednesday to share a video of herself, along with two pals, participating in the Shakira Champeta challenge.

In the clip, the "Live with Kelly and Ryan" co-host -- rocking a sports bra and sweatpants -- grooves to "The Water Dance" by Chris Porter featuring Pitbull alongside her friends.

Ripa's moves left many of her social media followers -- including her famous friends -- super impressed.

"Get it!!!" said "Dancing with the Stars" judge Carrie Ann Inaba, along with several fire emojis.

Kelly Ripa took to Instagram on Wednesday to share a video of herself, along with two pals, participating in the Shakira Champeta challenge. <br data-cke-eol="1"> (AP/Getty)

During Shakira and Jennifer Lopez's halftime show at the Super Bowl on Sunday, the "Hips Don't Lie" songstress performed the popular dance, which hails from the star's native Colombia. Shakira even posted an instructional video on YouTube.

The performance has since inspired the Champeta Challenge on social media, according to Billboard.