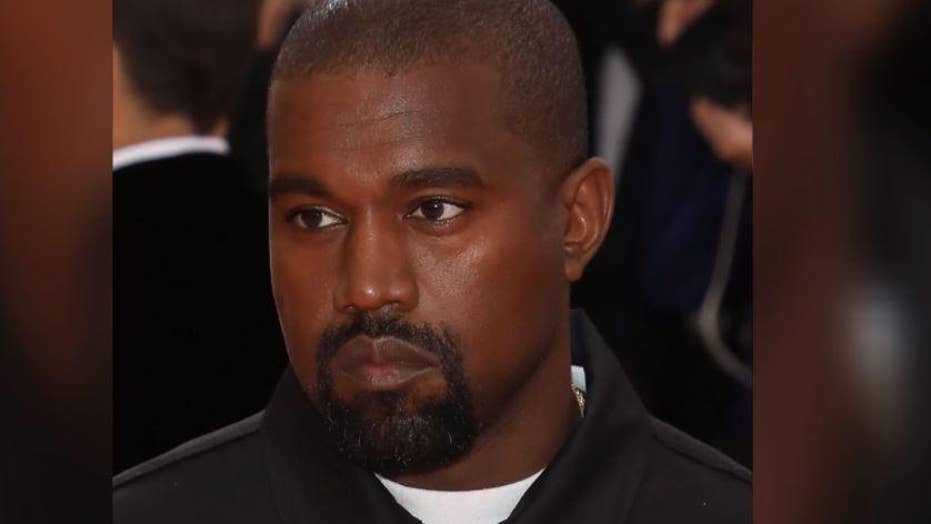 Kanye West is speading a serious message with his film "Jesus Is King."

"We're here to spread the Gospel. I'm not here for your entertainment," the 42-year-old rapper says in a voiceover in a new trailer for the documentary that dropped Saturday.

"I'm an evangelist," he continues, "so my music, my films, every conversation, every room I go in, we're here to save souls, save you from eternal damnation."

The film will focus on West's Sunday Service and feature 13 songs from his choir, as well as music from his upcoming (and oft-delayed) album "Jesus Is King."

A rep for IMAX told The Hollywood Reporter in a statement: "Filmed in the summer of 2019, Jesus Is King brings Kanye West's famed Sunday Service to life in the Roden Crater, visionary artist James Turrell's never-before-seen installation in Arizona's Painted Desert.

KIM KARDASHIAN, KIDS GET BAPTIZED IN ARMENIA AS KANYE WEST SAYS HE WAS BORN AGAIN

"This one-of-a-kind experience features songs arranged by West in the gospel tradition along with music from his new album 'Jesus Is King' — all presented in the immersive sound and stunning clarity of Imax."

Adam Tyson, a pastor from Southern California, told Fox News recently he has been leading West in a Bible study for months now and "would teach from God's Word about how salvation is only by grace alone, through faith alone, in Christ alone."

The "Jesus Walks" rapper-turned-gospel singer publicly shared last weekend that his conversion to Christianity became real this year, when he started holding weekly Sunday Service pop-ups. The services started out in January as private and only recently have been opened up to the public and all across America.

Last week, West and wife Kim Kardashian made a surprise appearance at Howard University, in Washington, D.C., for a pop-up service where West gave a 10-minute speech, in which he shared, "If you believe that Jesus died for your sins, then you know the Gospel... It's simple. Christians we be making it too hard for people to come and be involved in this."