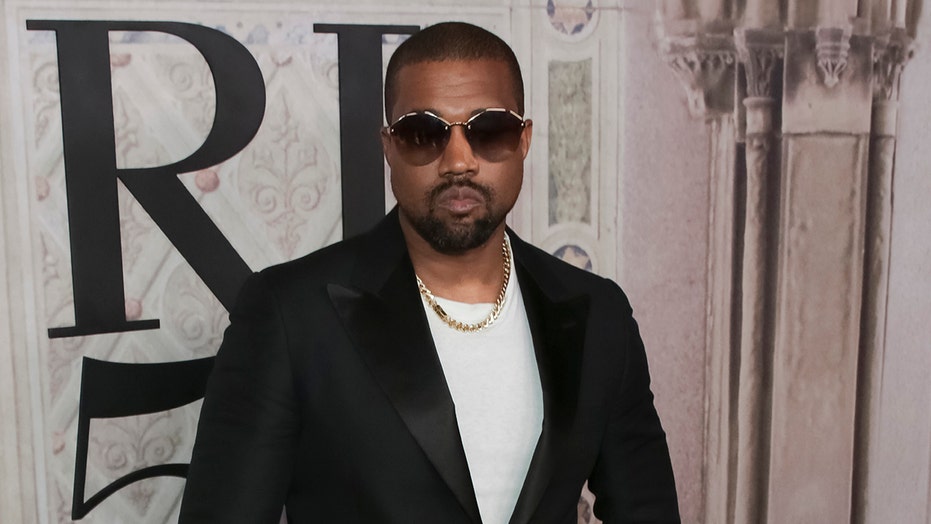 Kanye West's latest Sunday Service, the gospel-rap event he started in January, was held just miles away from his newly acquired $14 million estate on Monster Lake Ranch in Cody, Wyo., and just days before his new album, "Jesus Is King," drops Friday.

The 42-year-old star didn't preach or put himself center stage Sunday like he did last week in Atlanta, but fans flooded the Powwow Garden at the Buffalo Bill Center with a packed out 700-plus crowd.

A choir made up of more than 80 people performed a few Nirvana covers on the 14-song setlist, including a gospel remake of "Smells Like Teen Spirit" and "Come As You Are."

West wore a yellow hoodie under a special Wyoming Sunday Service shirt, "not for sale" at the event.

At one point he signed a Yeezus album for a fan.

"Jesus Is King is going to be great," the fan said, and he responded, "Yes," with a smile.

Following the Sunday Service, West was spotted sitting down for lunch with producer Rick Rubin.

His wife, Kim Kardashian West, recently told the ladies on ABC's daytime show "The View" about why he started Sunday Service in the first place.

"Kanye started this, I think, just to heal himself. I was a really personal thing, and it was just friends and family, and he has had an amazing evolution of being born-again and being saved by Christ."

She continued: "People are always asking, 'Well, what are you worshipping?' and 'What is this?' It is a Christian service, like a musical ministry, they talk about Jesus and God," she explained, adding there are sometimes pastors that are his friends and it is not officially a 501c3 "official" church "yet."