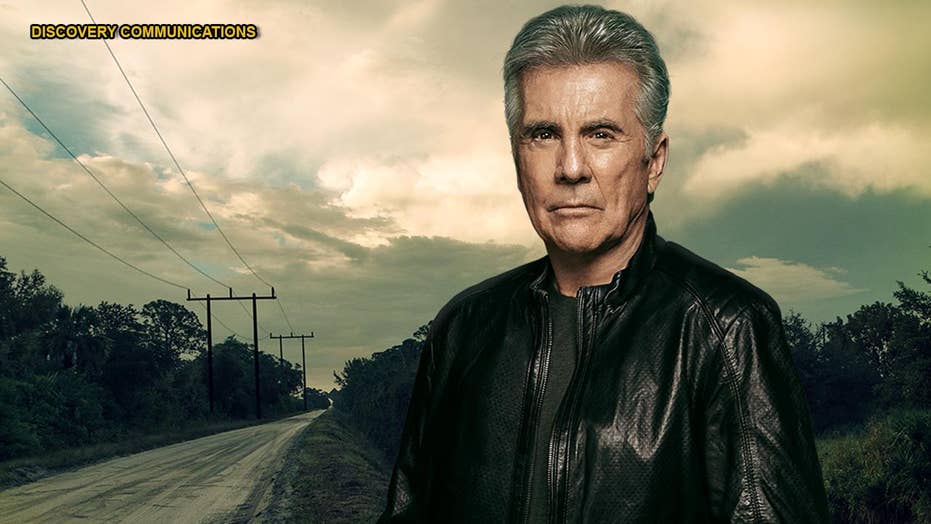 'In Pursuit with John Walsh' star talks new show, working with family and catching bad guys for more than 25 years

John Walsh has used his celebrity to help catch wanted criminals for decades. Now, with his new show, 'In Pursuit with John Walsh' he'll enlist the help of both his son, Callahan, and the viewing public to continue his push to find criminal justice for families and victims in need.

NEW YORK – After more than a year away from television, John Walsh is back to bring his brand of criminal justice activism to the small screen and, with some help, catch a whole new generation of bad guys on the run.

“In Pursuit with John Walsh” will drop its second episode on Investigation Discovery on Jan. 23, with Walsh doing what he’s been doing for decades — ask the public to help him catch a criminal eluding justice. Walsh, who previously hosted "America's Most Wanted" and "The Hunt," sat down with Fox News to discuss how the show will be both the same and different from his other TV projects.

“Well, ‘America’s Most Wanted’ was on for 25 years, it was a No. 1 hit for 25 years. And, you know, we profiled bad guys and missing children, caught 1,422 of the world’s worst fugitives in 45 countries, recovered 61 stranger-abducted children,” Walsh, 73, told Fox News in a recent interview.

“This show is going to be very similar. We’re going to profile two main stories, ‘15 Seconds of Shame’ three or four guys each show. Two cases of missing children every show. Maybe more if it’s a breaking case.”

However, before “America’s Most Wanted” fans go thinking that this will be the same show in a different package on a new network, there are some marked differences this time around. Joining John for the first time on-camera will be his son, Callahan Walsh. Although he’s a new face to viewers, he’s worked extensively with his father in both hit shows.

After years of working behind the scenes, as well as devoting a majority of his time to the National Center for Missing and Exploited Children, he’s jumping in front of the camera with his dad by being his boots on the ground in the communities that these crimes affect.

Callahan Walsh will join his father, John Walsh, on their new show 'In Pursuit.' (Discovery Communications)

“He grew up watching the show, behind the scenes volunteering at the national center,” Walsh told Fox of his son. “So he has great empathy with the victims and he knows cops. He knows how to talk to cops and they trust him. It’ll be a real experience to work with your own flesh and blood. He’s a good man.”

Callahan echoed these sentiments, telling Fox: “I wasn’t sure if I would ever make my way back to television, especially not in front of the camera, but it’s a great opportunity. Discovery is a great home for us and I’m really looking forward to joining my father out there and getting justice for families that haven’t gotten it.”

Both Callahan and John are excited to pivot what they do over to Investigation Discovery, believing it has one of the most engaged audiences when it comes to the world of true crime and criminal justice. In addition, the world has benefited from advancements in technology and social media over the past decade and they hope this will bring in more frequent, accurate tips.

“Oftentimes the tipsters don’t know that they’re the linchpin to this investigation until they see this picture, until they see the story,” Callahan said. “They don’t realize that the new neighbor is wanted. They don’t know that the new guy at work is wanted. They’re not holding back with this information, but they see that face, they see that story and they do the right thing and make that call. We’re looking for some great tips. We know the power of the public has always been there, law enforcement can’t go everywhere and we’re really relying on them.”

John and Cal Walsh will team up to catch more criminals on Investigation Discovery's 'In Pursuit.' (Discovery Communications)

The Walsh family is no stranger to the heartache and desperation of families stuck behind a cold case. In 1981 Walsh’s son Adam went missing only to be found dead weeks later. The case went unsolved for many years. John told Fox News that the desire to help families in similar situations prompted him to begin “America’s Most Wanted” even though his family was already receiving threats from the public.

“This may catapult us into another stratosphere, but there’s one guy that I’m really fascinated by on the FBI’s 10 Most Wanted, David James Roberts. He got paroled after 27 rapes, while he was out on parole he killed four people, two of them small children. He’s at the top of the FBI’s Most Wanted, they’ve got their manhunter squad after him. Here’s a sociopathic rapist and murderer,” Walsh recalled. “We took a whole day to shoot the pilot and then it aired, Feb. 1988, three days later, David James Roberts – sociopath, serial rapist, murderer of children – was caught.”

Through “America’s Most Wanted,” “The Hunt” and now “In Pursuit,” the Walsh family has been credited by law enforcement with assisting in the capture of many criminals. However, when it comes down to it, the Walsh family never forgets that it’s the public who does the real work.

“Pay attention. If it’s the guy that brushes their pool or a guy that laid carpet eight months ago, whatever the minuscule detail that triggered it for you, have the courage,” Walsh told Fox News. “I always say ‘make that call.’ I said it every day and I say it on ‘In Pursuit,’ you can make a difference.”