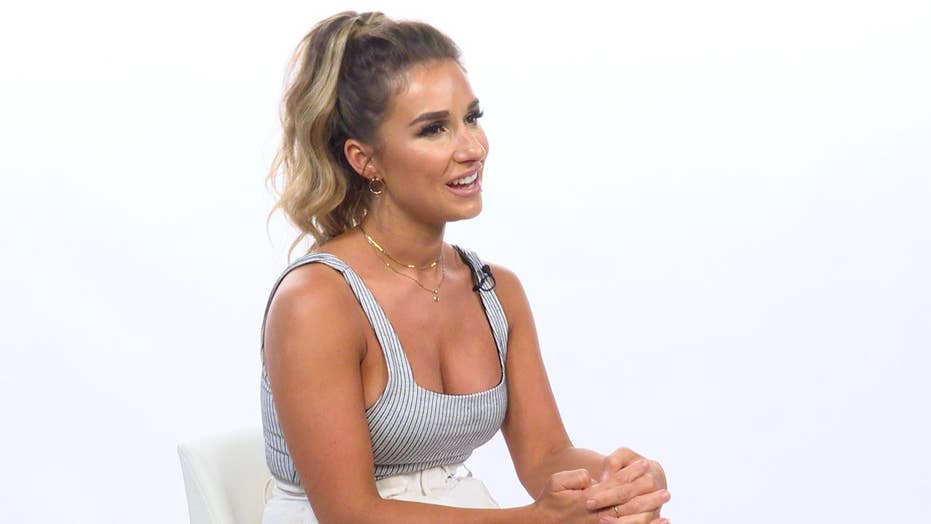 Country star, designer and author Jessie James Decker talks style on the road and at home, from her Kittenish line to her new Nashville house.

The country singer posted a video of herself strutting down the street in a black bathing suit and a sun hat.

"Just another day at the office," the mom-of-three wrote.

The singer-songwriter recently revealed she dropped more than 25 pounds since having her third child in March 2018 -- a baby boy named Forrest.

The 31-year-old credited being a follower of the South Beach Diet to her incredible weight loss. “I never feel deprived on this program and I know I’m fueling my body with tons of good protein and veggies, which has always been key for me," she revealed.

Decker and her former NFL star husband, Eric, wed in 2013 and, in 2014, they welcomed their first child, a daughter named Vivianne Rose. Then, in 2015, she had the couple's second child, a son named Eric II.

“I feel like all women and mothers feel that way,” she told us in February. “You know they feel their best at a certain weight or they look a certain way, and it’s only natural to, after a baby, be like, ‘Ugh. I can’t fit into my jeans. This cute bump is gone now and I’m going to have to work at it to get to where I want it to be' — it’s only natural to feel that way.

“I always try really hard to just tell myself: ‘Hey, you just grew a baby for nine months and now I have to feed this baby and breastfeed this baby,’ that should be my focus right now and not be so obsessed or focused on trying to look a certain way. There’s plenty of time for that,” she continued.

“So, I just think it’s patience,” she noted.