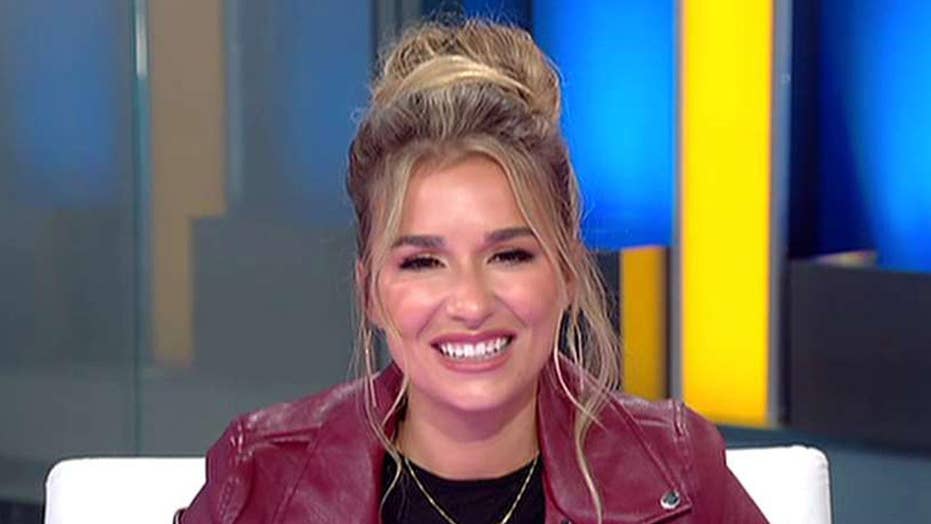 Singer, reality TV star and author of 'Just Jessie' opens up on her humble beginnings and being bullied on 'Fox &amp; Friends.'

The singer-songwriter has dropped more than 25 pounds since having her third child in March 2018 -- a baby boy named Forrest -- and she's proudly showing off her hard work.

In the first photo, Decker is seen rocking a leopard print two-piece and in the other, she is all smiles in a black bikini paired with a straw hat.

The 31-year-old credits being a follower of the South Beach Diet. “I never feel deprived on this program and I know I’m fueling my body with tons of good protein and veggies, which has always been key for me," she revealed.

She says that having protein shakes backstage after a show is key for her recovery because her performances are typically 90 minutes and she runs around onstage, getting in an intense cardio workout.

Decker and her former NFL star husband, Eric, wed in 2013 and in 2014 they welcomed their first child, a daughter named Vivianne Rose. Then, in 2015 she had her second child, a son named Eric II.

“I always try really hard to just tell myself: ‘Hey, you just grew a baby for nine months and now I have to feed this baby and breastfeed this baby,’ that should be my focus right now and not be so obsessed or focused on trying to look a certain way, there’s plenty of time for that,” she continued.

Currently, the "Lights Down Low" crooner is gearing up to go on tour this summer, but she recently revealed that her family has decided to set down roots in Nashville.

“We do not plan on moving anymore, we’ve moved a lot,” Decker told People magazine in an interview published on Tuesday. “We keep saying this is the forever home, and it’s every dream we’ve ever had."

The home is under renovation but will have a huge kitchen with two center islands. The process has even opened the Deckers eyes to possibly starting a home reno or flipping show. She revealed they're "in talks" about it.