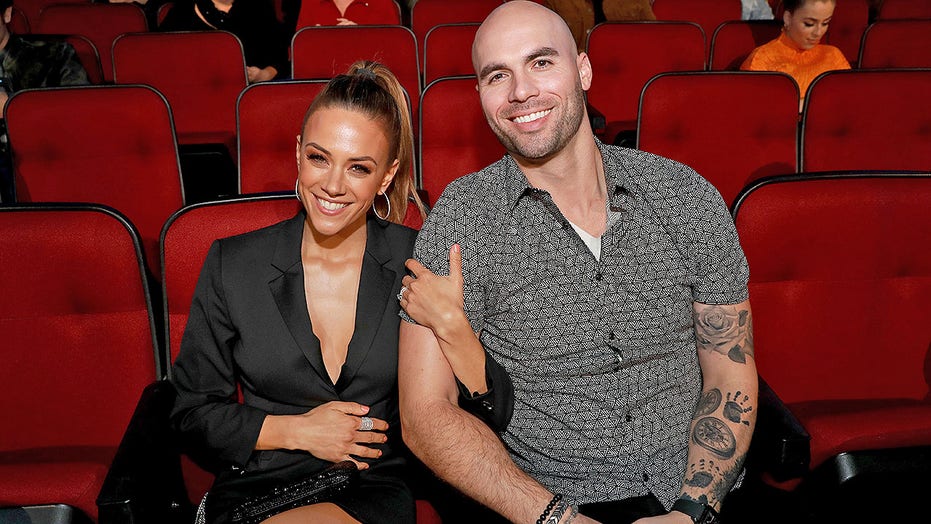 Jana Kramer and Mike Caussin aren't holding back in their new tell-all book, "The Good Fight." The couple opens up about his sex addiction, their marriage struggles, and infertility just to name a few topics.

"The Good Fight: Wanting to Leave, Choosing to Stay, and the Powerful Practice for Loving Faithfully," which is available at booksellers on Sept. 22, also tells the story of their love for each other and the journey of forgiveness.

"As you read this book, I encourage you to not compare your relationship to my and Mike's relationship," Kramer, 36, wrote in the prologue of the memoir, according to E! News.

The country singer added, "The point is that comparing isn't fun, and in the long run it's not going to make you feel better or your relationship any stronger."

One major revelation in the book is when Kramer admitted she had some "flings and flirts" while she and Caussin, 33, were separated in 2016.

"I held back putting this in the book because, well, I never truly thought I did anything wrong," Kramer wrote. "Correction. I knew it was wrong; I just didn't want to be the bad guy. I justified my actions in my mind just as I suppose Mike had done all along too."

Caussin and Kramer split briefly when it was revealed he cheated on her. Caussin also filed to divorce Kramer in 2016 while he was seeking treatment for sex addiction.

In the book, the former NFL star described his sex addictions as an explanation, not an excuse.

"I want to be very clear about something: society has had the nerve to call sex addiction a 'married man's excuse' to which I say bull...(wait for it)...s--t," he wrote. "Addiction is not an excuse at all, and I make sure to never use it as such. However it is an explanation."

The pair, who married in 2015, decided to work on their issues and save their marriage.

On a previous episode on their "Whine Down" podcast, Caussin explained how his wife gave him an ultimatum: "Jana kind of gave me an ultimatum when everything came out, and she discovered everything, and she looked at me and said, 'You need to go somewhere. Basically, you need to figure out what's going on and what this is, or I'm gone, period.'"

Kramer also discussed that she feels she can trust Caussin because of the amazing strides he's made in his program.

"Today I see him working his program, I see him showing up as a father and a husband, and I see his words matching his actions," she reasoned. "How he is showing up looks different than before, which helps me trust him."

The couple renewed their vows in 2017 and have two children, Jolie Rae, 4, and Jace Joseph, 21 months.