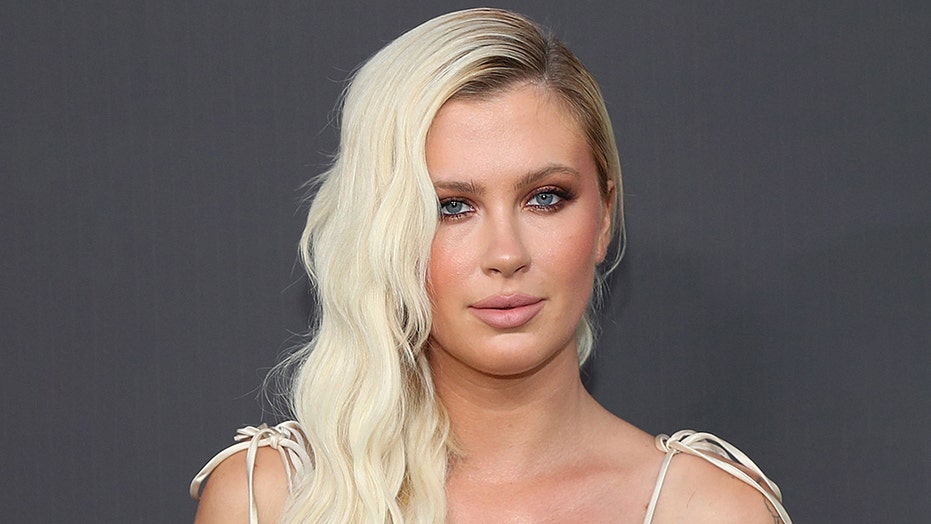 Ireland Baldwin spent a few minutes out of her day stuck at home amid the coronavirus pandemic to share some sultry selfies with her fans.

The 24-year-old daughter of Alec Baldwin and Kim Basinger took to Instagram Tuesday night to wish her fans a Happy St. Patrick's Day despite being under a self-quarantine like so many others around the globe.

"HAPPY ST. Patrick’s DAY!! my @zsupply_ shirt just came in time!! I’m cheers-ing everyone from a distance! Sorry the responsible majority of us won’t get to celebrate in the bars tonight but thank you if you’re being courteous!! I’m not sure what color my hair is right now, not wearing makeup has taken a glorious toll on my skin, annnnnnnddddd I still have a couple rolls of toilet paper! ♥️🍀" she captioned the post.

In the first snap, Ireland's hair is tied up in a bun as she shows off a cropped t-shirt with green four-leaf clovers on it.

In the second pic, Alec Baldwin's daughter shows off her abs and midriff as she puckers for the camera.

Fans were quick to make note of Ireland's appearance by letting her know she has the "best skin around" along with the hashtag #flawlessskin.

One day prior, Baldwin shared a selfie cuddling with her dog while holding a wine glass in one hand.

"We practice social distancing every day!" she wrote.

Ireland's selfies come weeks after she revealed the death of Kobe and Gianna Bryant inspired her to become closer with her famous father.

"[In light] of recent events that have happened within the last couple of weeks, like with Kobe, it's like, 'What's the f--king point of arguing?'" Ireland told Entertainment Tonight in early February. "Like, there's no point. So let's all just get over it and hug that person you love."

Ireland explained that the devastating helicopter crash served as a reminder to appreciate the ones you love.

"You never know what's going to happen to somebody and it all comes down to love," Ireland told the outlet. "Nothing else matters."