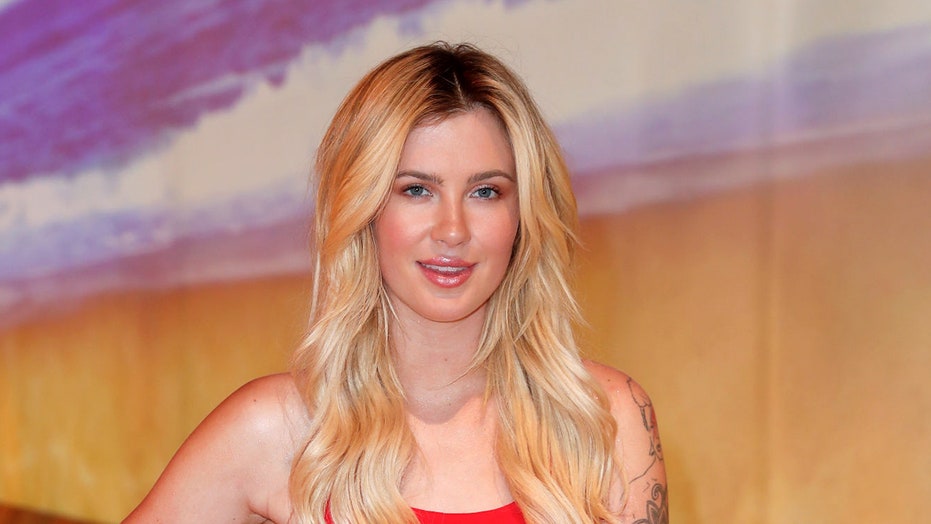 Ireland Baldwin took to Instagram on Thursday to show off a series of ballet poses as well as her many tattoos.

On Monday, the daughter of Alec Baldwin and Kim Basinger posted three images of herself in a red camisole leotard where she was standing in front of a large mirror and showing off some minor dance poses as well as a massive stack of books.

In the first image, she poses with her left leg bent and jetting out at the knee and her right arm balancing her. The tattoos that nearly cover her arm are only somewhat visible thanks to the pose. In the second snap, the 24-year-old model is kneeling on the floor giving her fans both a look at her profile and the stack of more than a dozen books position by her mirror. In the background, on a nearby dresser, more books can be seen stacked high.

In the third image, Baldwin poses with her legs in a similar position to the first, but this time makes a point of showing off her tattoos by draping her arm across her stomach and lifting up the left side of her leotard to show off the red flower she has drawn on her hip.

The model often posts images showing off her body, sometimes to the dismay of her famous father. In August, eagle-eyed fans noticed her dad and uncle commenting that a nearly nude photo she shared on her Instagram made them uncomfortable. However, she explained that showing off her body isn’t typically what upsets her dad on social media.

Ireland Baldwin once explained that her dad gets upset at her social media presence sometimes. (Photo by Kevork Djansezian/VMN19/Getty Images for Comedy Central)

“The photos I get yelled at by my dad are the ones where I am drunk-eating at night at 2 a.m. at IHOP," she explained to Us Weekly at the time. "I posted this video, like, drinking maple syrup, and he was like, ‘You have to take that down! No one’s going to take you seriously.’