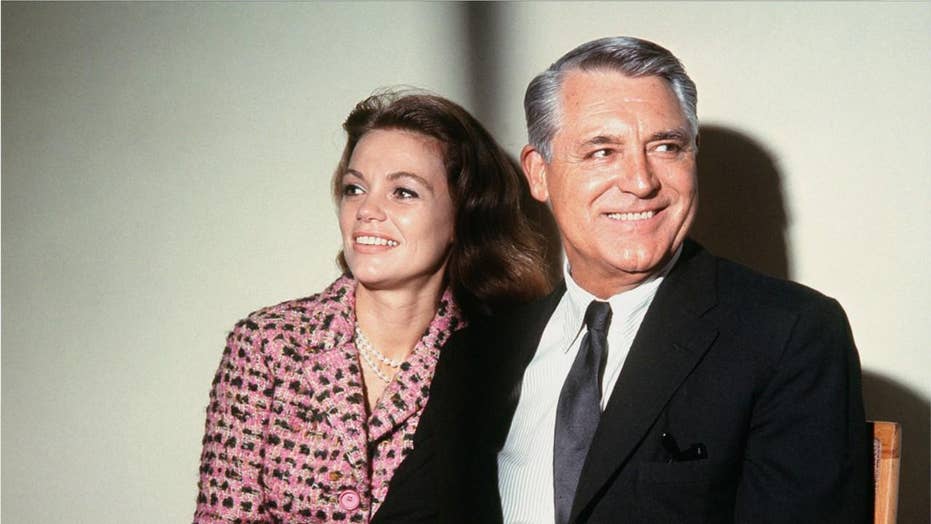 Cary Grant's ex-wife Dyan Cannon says she turned down Jackie Kennedy's offer to tell-all in a memoir. She finally published her memoir in 2011 after six years of drafts.

Dyan Cannon said she wasn’t eager to tell all about her marriage to Cary Grant right after he died.

The English-born film icon passed away in 1986 at age 82 from a stroke.

“[Agent] ‘Swifty’ Lazar came to me about a week after Cary passed and said, ‘We can get you millions,’ but they wanted a lot of stuff I wasn’t ready to ever talk about,” Cannon recently told Closer Weekly. “About 15 years later, Jackie Kennedy said, ‘It’s time to write your book, and you don’t even have to mention Cary Grant.’ She was going to be my editor and I said, ‘No, there’s still some healing that has to happen.’”

“I spent six years writing, and it was so much bigger than just Cary and I,” the Oscar-nominated actress continued. “It’s about relationships and what people do to themselves and each other under that canopy called love. That’s why I decided to write it.”

Cary Grant and Dyan Cannon at the Savoy Hotel in London, in 1966. (PA Images via Getty Images, File)

SOPHIA LOREN SAYS FRANK SINATRA AND CARY GRANT TAUGHT HER ENGLISH: 'THEY WERE REALLY THERE TO HELP'

Cannon said it was easy to see why their marriage was so unique, aside from the age difference.

“Well, he was Cary Grant, so that’s unique to start with,” she said. “We couldn’t go any place in public without causing a stir. It just made everything bigger.”

In 2011, Cannon finally decided to open up about her relationship with the Hollywood star in a memoir titled “Dear Cary: My Life with Cary Grant.” In her book, she described how Grant persuaded her to try LSD before their marriage. In the 2017 film “Becoming Cary Grant,” director Mark Kidel also said Grant relied on the psychedelic drug to cope with his painful past.

In 2017, The Guardian reported that Grant had been troubled by his impoverished childhood in England, as well as the loss of his mother, Elsie Leach.

She abruptly vanished when he was still a child, but Grant discovered in his 30s that his father actually had committed her to an asylum.

The UK-based publication added that between 1958 and 1961, he took LSD about 100 times in therapy sessions.

“I never set out to take out the stars in people’s eyes about him,” Cannon explained. “He was an amazing man, in so many ways. He had a rough life as a kid and... all I can say about him today is how much I appreciate him.”

Cannon also told the outlet she discounted his alleged bisexuality.

“Yeah, and I still discount that!” she said.

Cary Grant and his then-wife Dyan Cannon with their daughter, Jennifer Grant, who was born in 1966. (Getty, File)

Cannon also said she was determined to carve out her own identity beyond just being Grant’s ex-wife. She has enjoyed a decadeslong career in acting and was nominated three times for an Academy Award over the years.

Her 1969 wife-swapping comedy “Bob & Carol & Ted & Alice,” which also starred Natalie Wood, Robert Culp and Elliott Gould, was praised for being revolutionary for its time.

“The idea of four people in bed together was a no-no,” she reflected. “I had two auditions, one for that, the other for a Universal film that included a five-picture deal. I had the weekend to decide which I wanted to do, and I turned down the five-picture deal. My gamble turned out well, thank you, God!”

But, Grant has been on her mind. In fact, she’s still in the process of working on a Broadway musical about her life.

“Cary, of course, will be a part of it,” she shared, adding, “We’re not finished. It got a little too dark, and now we’re looking for the right writer to add some comedy. We have 25 songs!”

(Left to right) Elliott Gould, Natalie Wood, Robert Culp and Dyan Cannon in a promotional still from the 1969 film, "Bob and Carol and Ted and Alice." (Photo by GAB Archive/Redferns/Getty, File)

Still, Cannon said her favorite roles have been mom and grandma.

“My daughter is teaching mindfulness [meditation] and yoga,” she shared. “She was interested in acting in the beginning, but no longer. She and my grandkids are gorgeous inside and out — the handsomest and brightest kids in the world. It’s a wonderful family.”

As for life today, Cannon said she’s perfectly content. In fact, she’s in the Pure Flix sitcom “Mood Swings” and is slated to appear in an independent film titled “Hope’s Legacy” in 2020.

“I have good friends,” Cannon said. “I have a Bible study in my home once a month and work with recovering addicts once a week. I had two marriages and I’m not looking for a partner. I just think [life’s] about getting a grip, you know?”

Back in 2018, Cannon told Fox News that Grant will be a part of her play because he played such a big part in her life.

“He was just yummy, gorgeous,” she recalled at the time. “But, it was more than that. It was just the atmosphere he created... There are a few people that when they walk into a room, they change the atmosphere.

“It was six or eight months of him calling me. I didn’t go out with him because the little voice in my head said ‘Don’t do it.’ He was older than my father and my parents weren’t happy about it, but oh, that charm. He was just a special, delicious, smart, entertaining man and a good kisser.”

And, while Cannon was content with the story she shared about her life with Grant, she admitted that getting candid with strangers in a memoir wasn’t always easy.

Dyan Cannon with her daughter Jennifer Grant, in an undated photo. (Reuters, File)

“It was a real challenge because in every relationship there are ups and downs,” she said. “I loved Cary very much. I still love him. But, what to tell, what not to tell, how to put it down — there were so many drafts.

“It took six years. I didn’t want it to be a bashing Cary book. I wanted it to be a book that would help people with their relationships. And, I think I accomplished that.”