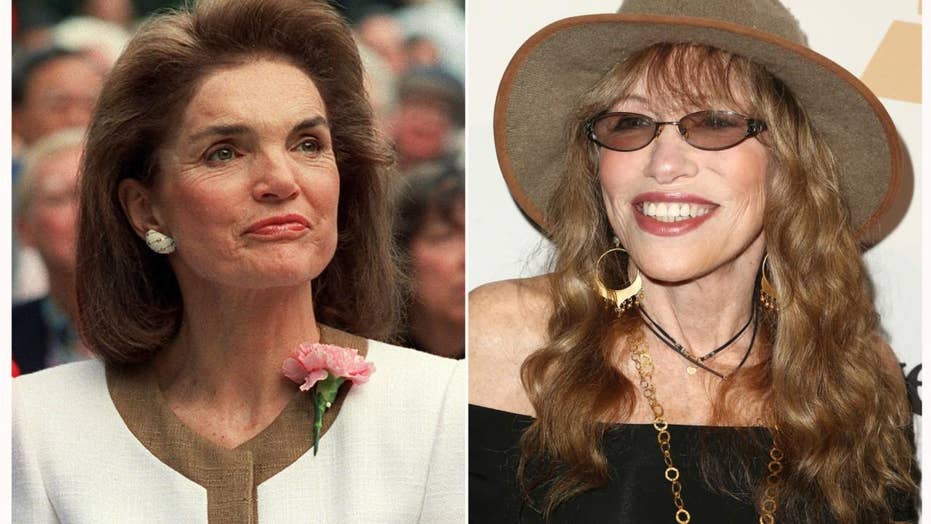 In Carly Simon’s new book ‘Touched by the Sun: My Friendship with Jackie,’ she claims that Jackie Kennedy Onassis once shared ‘a magical evening’ with Alec Baldwin.

Jackie Kennedy Onassis had an unforgettable night with Alec Baldwin.

The former first lady’s pal Carly Simon released a new memoir on Tuesday titled “Touched by the Sun: My Friendship with Jackie," which details Onassis’ thoughts about both of her husbands — President John F. Kennedy and Aristotle Onassis — as well as her two children.

But the celebrated singer also made a revelation about one night to remember involving the Hollywood actor and the former first lady.

In the book, the 74-year-old recalled when she and then-husband James Hart were joined by Onassis and her unlikely date. People magazine reported on Tuesday that according to Simon, Baldwin ended up as a last-minute plus-one for Onassis when her partner Maurice Tempelsman was out of town.

CARLY SIMON RECALLS SAYING GOODBYE TO JACKIE KENNEDY ONASSIS ON HER DEATHBED: ‘IT WAS SURREAL’

The outlet shared both Ken Burns and media exec Joe Armstrong passed up on the opportunity. However, Baldwin, now 61, had no qualms about being third in line. In fact, he happily joined the group to attend “Dancing at Lughnasa” on Broadway.

“Alec, who had never met Jackie, was in a state of hyper-disbelief,” wrote Simon, as the outlet shared. “’Jackie Kennedy wants to go on a date with me?’ he said. ‘Are you kidding?’ Alec’s incredulity gradually gave way to ‘What should I wear?’”

However, the group knew that the night out would cause mayhem among paparazzi. So, they decided to keep their identities a secret during the night by wearing wigs Simon had on hand.

“Jim, brave-faced and laughing, was the first to put his on, a long, curly, Eddie Van Halen wig that prompted a chorus of laughter,” recalled Simon. “Alec chose a short, brown one; mine was comely, blond, and Grand Ole Opry-esque, and Jackie reached impulsively for the one befitting Madame de Pompadour.”

Simon shared that Onassis was “at peace” that night.

“As anticipated, Jackie doted on Alec, and Alec, despite his been-there, seen-everything show business poise, occasionally revealed the lightest possible slick of sweat on his brow.

“First thing next morning, Jackie called to tell me what a magical evening it was, how divine Alec was, and how important she felt it was to think and act and cavort like a child now and again,” continued Simon.

Back in 2017, Hart told Fox News it was Onassis who made the special request to spend a night out with Baldwin for her 62nd birthday.

“We told her, ‘Look, we don’t want to do the usual dumb thing. What would you like for your birthday?’” he said. “And a couple of days later, she called Carly and said, ‘Is Jim friends with Alec Baldwin? Is that true?’ Carly said 'yes' and she said, ‘Do you think Alec would be my date for my birthday?’ I called Alec and he said, ‘Absolutely! I’m there!’ And so, we went to the theater. He was more of her escort than a date. But it was such a fun evening.”

According to Simon, it was Onassis’ son John F. Kennedy Jr. who introduced his mother to her on Martha’s Vineyard back in 1983. The two remained close until Onassis’ death in 1994 at age 64.

While Onassis was 16 years older than Simon and notoriously private, it didn’t take long for her to open up to the singer.

CARLY SIMON REVEALS WHO INSPIRED 'YOU'RE SO VAIN'

Onassis also got candid about her second husband, Onassis, whom she married in 1968 — five years after Kennedy’s 1963 assassination.