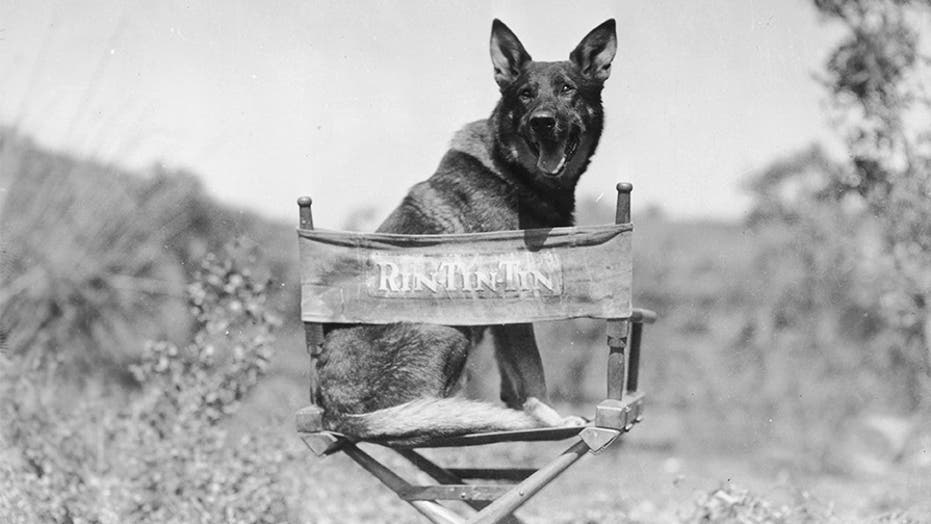 Warner Bros is setting up a movie built around Rin Tin Tin, the German Shepherd who was once credited with saving the studio from bankruptcy in the 1920s, Deadline reported on Monday.

Matt Lieberman, who recently scripted another dog film for Warner Bros in the upcoming animated “Scoob,” was hired for the project, the outlet revealed. Lieberman previously scripted the MGM animated film “The Addams Family,” as well as “Playing with Fire” starring John Cena.

According to the outlet, Andrew Lazar’s Mad Chance, the production company behind “American Sniper” and “Cats & Dogs” will produce the film alongside rights holder Sasha Jenson and Jeff Miller.

The idea of a hero hound made fit for the big screen may have seemed from the real-life Conan, a military working dog who took part in the raid that resulted in the death of ISIS leader Abu Bakr al-Baghdadi on Oct. 27.

According to the outlet, the Belgian Malinois chased the 48-year-old down into a tunnel where Baghdadi then detonated his suicide vest. Conan was publicly praised by President Trump, who awarded the dog a bronze paw print medal, also known as the equivalent of a canine Medal of Honor, for a dog that was injured during his mission.

Deadline revealed the plan of this film is to transform Rin Tin Tin into “a modern action star, the John Wick of dogs.” The live-action flick would explore how an elite military dog takes on a dangerous mission to prevent a large-scale attack.

The original Rin Tin Tin of Hollywood also shares military roots. Lee Duncan, an American soldier fighting in WWI, discovered a litter of German Shepherd puppies that were left to die in a bombed outfield in France. The puppies, which were bred to serve the German Imperial Army, were liberated by Duncan, who later found homes for them.

Duncan went on to keep two of the puppies for himself. One of them, Rin Tin Tin, was named after a doll some soldiers used as a good luck charm, NPR reported. Rin Tin Tin later won dog shows and quickly became a household name as a beloved entertainer.

The Rin Tin Tin films became so popular, the franchise saved Warner Bros from bankruptcy more than once during the silent film era. According to Hollywood legend, Rin Tin Tin was poised to win the first Oscar for Best Actor, but it was later decided it would be considered bad luck.

Duncan dedicated his life to the entertainment career of his pooch, NPR shared. But like many Hollywood stars, Rin Tin Tin became a casualty of “the talkies” or films with sounds during the late '20s.

The outlet shared Rin Tin Tin, one of Hollywood’s biggest stars in its lifetime, died in 1932 — “although probably not, as the legend has it, in the arms of the actress Jean Harlow.”