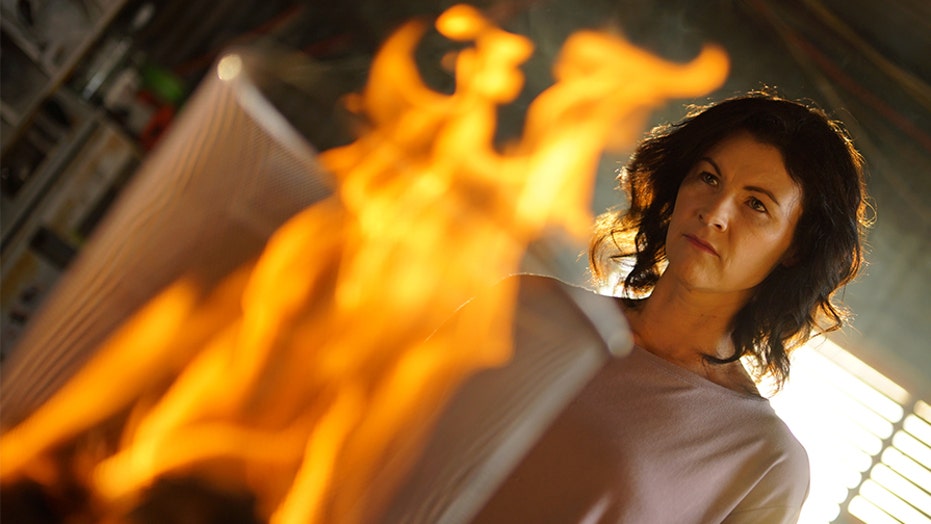 Candice DeLong never felt she would run out of stories to tell about female killers.

The former FBI profiler is gearing up to kick off Season 13 of Investigation Discovery’s “Deadly Women,” a popular true-crime series that explores cases featuring female murderers, analyzing their horrific motives. Each episode highlights DeLong, who offers insight into the psychologies of the terrifying sisterhood, along with other experts weighing in on the tell-tale evidence.

“I never felt we would run out of stories,” the 69-year-old told Fox News about “Deadly Women,” which premiered in 2008.

“They are out there,” she continued. “The research to find these stories is just getting better and better. These stories can go back to at least the 1500s and probably before that. But the most notorious stories occurred in 1500s Eastern Europe. But they really are all over the place.”

While men are often driven by anger, DeLong pointed out women tend to have a more complex, long-term reason to kill. And divorce usually brings out the worst in those determined to solve their problems permanently.

“Divorce is messy, dirty and embarrassing for some people,” DeLong explained. “And, in some cases, divorce is simply a sin in the eyes of God. Murder just solves a lot of those problems. Of course, when they come to this decision, they always expect to get away with it. Nobody I’ve ever talked to, who committed murder, premeditated murder, ever thought they wouldn’t get away with it. If you thought you were going to get caught, spend your life in prison and lose everything, then chances are you wouldn’t do it.”

The case of Lucille Miller from San Bernadino, Calif., is featured in Season 13 of "Deadly Women." (ID)

“In studying premeditated spousal murder, I’ve learned two things about offenders,” shared DeLong. “The killer tends to be above average intelligence. And they’re arrogant. They think they can get away with murder. And that’s not easy. There’s no book that’s going to teach you how to do that. You can watch true crime shows and see what not to do. But if a dedicated investigator gets on the case, they’re going to get caught. With today’s techniques, it’s just not easy to get away … These offenders get surprised when they end up in prison. A lot of them, until they’re dying day, will say, ‘I didn’t do it. The jury got it wrong.’”

The premiere episode airing on Thursday, titled “Fatal Love,” studies “attractions that kill.” It highlights the case of Jackie Spaulding, whose husband of 25 years, Roger, buys her a motel in 2004 to run so she could earn her own income. Not only did Spaulding run the motel into the ground, but she started an affair. When Roger found out, he wanted a divorce. But when Roger learned Jackie would get half of his money and he would be liable for all her motel debts, he decided to ditch town instead. Jackie, facing financial ruin, searched for a hitman. Roger was fatally shot twice in the back of the head.

There’s also Lucille Miller, a ‘60s housewife and mother of three who had dreams of elevating her social status. She planned to escape with prominent attorney Arthwell Hayton, with whom she was having a steamy affair. However, Hayton refused to leave his wife. With Miller being the sole beneficiary of her husband Cork’s life insurance policy, she fed him a cocktail of sedatives and drove him semi-conscious late one night to an isolated roadway. She veered the car off the road, set it on fire and watched as Cork burned alive.

And finally, there’s Julie Dixon, who ran a woodworking business in a sleepy English village with her husband David Twigg. After seven years, the business was in trouble and Dixon chose to hide their financial failure. She locked Twigg in his workshop storeroom and set it ablaze, burning him alive. For months, she played the grieving widow as police attempted to search for the so-called assailants she had blamed for the attack.

Despite their gruesome crimes, DeLong doesn’t believe these women were born evil.

“Very, very few people are born evil,” she explained. “Somebody can become evil and do bad things because of circumstances, treatment as a child and experiences, which can lead them to become a killer. The vast majority of people serving time for murder in the United States were normal people like you and me who, for whatever reason, whatever situation they were in, ended up with them killing someone. That was, for them, the best way to deal with the problem. Of course, it didn’t work out. They got caught. But most people serving time for murder killed for a very specific reason. They don’t go on murder sprees, killing strangers like serial killers. The average person in prison kills one person for one reason.”

DeLong shared her favorite crimes to explore in “Deadly Women” are the historical ones. She revealed that in the past, there was a belief that women, “the givers of life,” couldn’t be murderers.

“We know that’s ridiculous,” she said. “Could you imagine the number of women who killed and got away with it? A woman could be standing over a body bleeding to death and she has a bloody knife in her hand and a smile on her face. And police might say, ‘Which way did the bad guy go?’ That’s confirmation bias, looking at a woman and going, ‘She couldn’t have possibly done this.' And I think that happened a lot historically.”

One reason women were driven to kill in the past? Her virginity.

“Virginity was extremely important for a middle, upper-middle-class girl to have,” DeLong explained. “It was something of value. And we’ve had a lot of stories of guys who only wanted to get a girl in bed and will insist they’ll get married. But when she wakes up the next day, he’s gone. And so is her virginity. Now, what is she going to do?”

DeLong pointed out the Paula Angel case, which was included in “Deadly Women” last year. The young woman, believed to be 18 years old, fell head over heels for Juan Miguel Martin. While Martin insisted he was single, he was actually married with five children at age 22. Stunned, Angel went to confront him.

“Somebody told her [Martin] was down at the whorehouse in a bad part of [New Mexico],” said DeLong. “She brought a knife because she had to walk through that bad part of town alone. She then tells him, ‘I thought we were going to get married.’ And he tells her that she’s a foolish, foolish woman for believing he was going to marry her. She snapped and stabbed him three to four times. And it turns out that his wealthy family bought the judge to make sure she was convicted.”

Within 30 days of the murder, which happened in 1861, Angel was hanged, but not before she was tortured and starved daily by a sadistic sheriff in charge of her incarceration. It’s a story that’s seemingly forgotten today, but one DeLong was eager to tell, along with many others.

“I find these cases fascinating,” said DeLong. “And if we didn’t know about that case, imagine all the other cases we don’t know about?”